Sophia Dunkley led England women to a commanding 6-2 lead in their multi-format series against India on Wednesday night with an unbeaten 73 in her first one-day international innings.

Dunkley, equally impressive on Test debut in Bristol, again looked a star in the making by rescuing England at Taunton to give them their second successive 50-over win.

An unbroken stand of 92 for the sixth wicket between Dunkley and the veteran Katherine Brunt earned England the two points in a low-scoring thriller after India had made what seemed a below par 221 all out.

Dunkley, who was not required to bat on debut in England’s eight-wicket win on Sunday, showed class and maturity under pressure as victory came with 15 balls to spare.

The undoubted star of the England bowling display was Kate Cross, still perceived as a longer format player who just about claimed the last seamer’s place for this ODI series.

Here she was exceptional in claiming her second five-wicket haul for England in 50-over cricket and produced the best figures by an England bowler in a home international since Anya Shrubsole’s World Cup winning heroics in 2017. 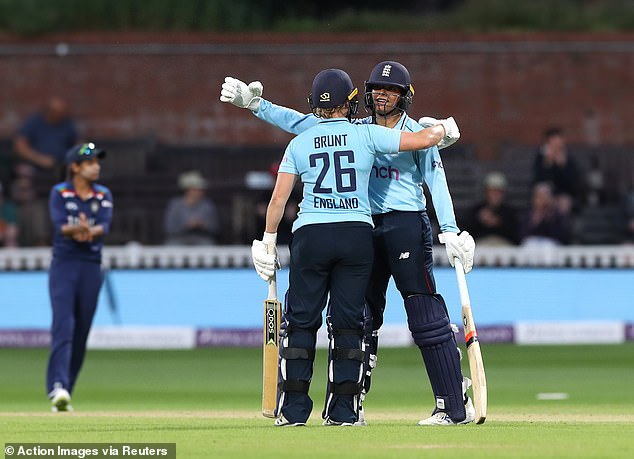 But the key wicket of Shafali Verma fell to the left-arm spin of Sophie Ecclestone for 44, including seven sumptuous fours, thanks to a tight stumping from Amy Jones.

Only India captain Mithali Raj managed to stick around but her 59 before being run out took 92 balls and again she seemed to bat too slowly for the needs of her side.

When England were 92 for four it looked as though Raj had timed her innings to perfection but it was not be for India who now desperately need to win the final ODI in Worcester on Saturday to stay in the hunt. Three T20 matches complete the series.