England’s women scored 31 second-half points without reply against Canada to extend their winning streak to 17 — and were then challenged to make history.

The Red Roses can match their male counterparts’ record of 18 straight Test wins by beating the USA on Sunday in Worcester.

And coach Simon Middleton said: ‘We want to set the record and keep going. We want to make it as difficult to beat as possible. We talk about great teams. This team aren’t great yet, but they have a chance to mark themselves in history.

‘These girls are so determined and work so hard. It would take a good team to beat us now.’ 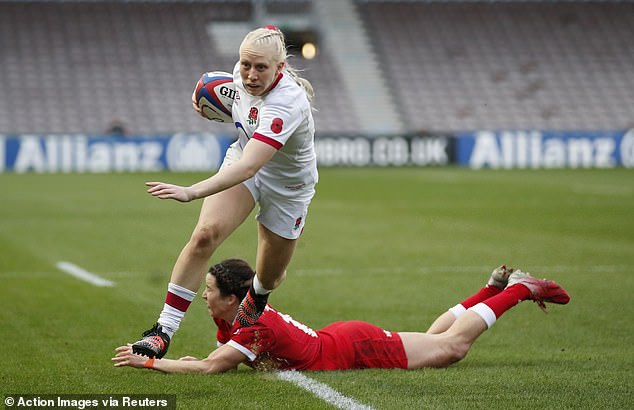 England drew first blood through Heather Cowell, who crossed the line four minutes into her debut.

The visitors scored tries through Paige Farries and Sabrina Poulin either side of Sarah Bern’s superb effort for England, but Cowell grabbed her second just before the interval to make it 20-12.

It was one-way traffic after the break as tries from Bern, Alex Matthews and a double from Claudia MacDonald capped an impressive victory.