The desert swing continues to serve English golfers well. On the back of wins for Tyrrell Hatton and Paul Casey in Abu Dhabi and Dubai, it was the unlikely figure of David Horsey who set a brilliant first-round pace at the Saudi International.

The 35-year-old had missed the cut at each of those events in the Emirates, but stunned even himself with a nine-under-par 61.

Having wrapped up the front in a solid two-under 33, Horsey played the back nine of his life in collecting seven birdies.

‘It’s a shock,’ said the world No 282. ‘I’ve been playing rubbish the last couple of weeks. I had a conversation with a pal back home, talking a few things through and he suggested something that I work on away from the tournament.

One shot further back was Scottish veteran Stephen Gallacher, whose 584th European Tour event brought the lowest opening round of his career.

Bryson DeChambeau is tied fourth on five under with world No 1 Dustin Johnson two strokes further back along with Lee Westwood, Ian Poulter, Hatton and Danny Willett. 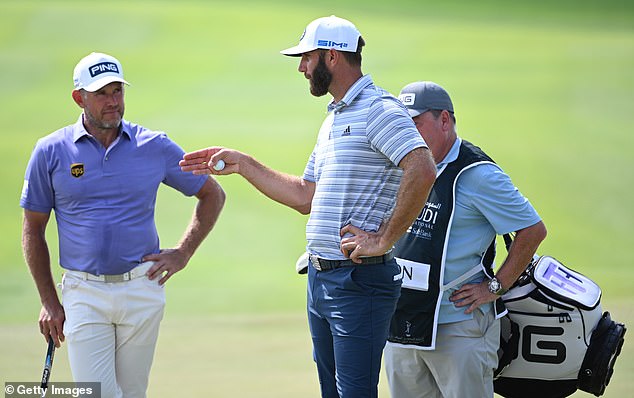