The Office for National Statistics (ONS), which measures health across the country’s 308 authorities every year using 50-plus metrics, found it dropped to levels not seen since 2015 — when records began.

The results, which the ONS compared to a health version of GDP, showed that well-being, mental health and life satisfaction deteriorated in the early days of Covid.

Manchester was technically named as the unhealthiest borough in the country.

Meanwhile, people in Hart, Hampshire were the healthiest, according to the data, which is gathered from gold-standard surveys and Government figures.

ONS statisticians said trends were largely driven by people staying at home and the impact this had on mental health. Dozens have studies have suggested Covid shutdowns caused mental and physical health to plummet.

An interactive tool allows you to look up the health score in your local area.

The figure shows health in England in 2020, using the ONS health index scores. It displays England’s overall health score of 100.1, and the score in each category: healthy people (95.4), healthy lives (101.4) and healthy places (103.4). The graphic also includes scores for 14 sub-categories, such as difficulties in daily life, mental health and access to green space, which feed into the three categories. The coloured squares represent the 56 indicators measured for each sub-category, such as self-harm, suicide and mental health condition rates, and whether rates are the same as 2015 levels (grey), worse (orange or red) or better (light blue or dark blue) 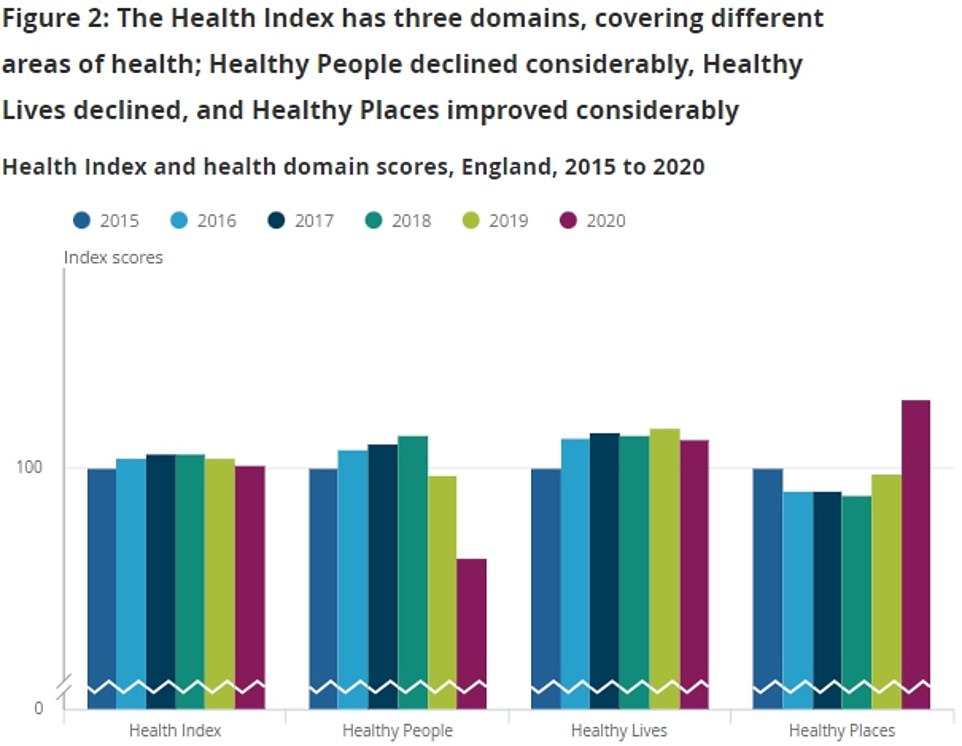 The ONS graph shows how the health index — its overall measure of health in England (far left) — per year from 2015 to 2020. Scores are also set out for the three main categories measured to reach the health index score: healthy people (left), healthy lives (right) and healthy places (far right) 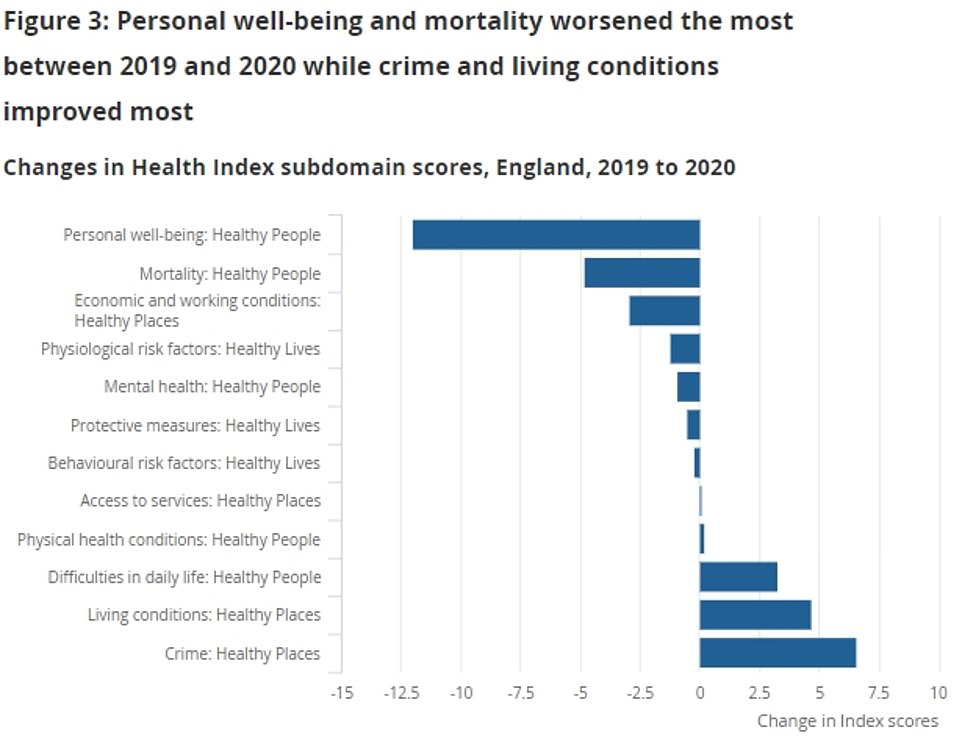 The ONS graph shows 12 of the categories used to measure health in England and how they changed in 2020 compared to 2019. While improvements were detected in crime levels, living conditions and difficulties in daily lives, well-being, mortality and economic and working conditions nose-dived 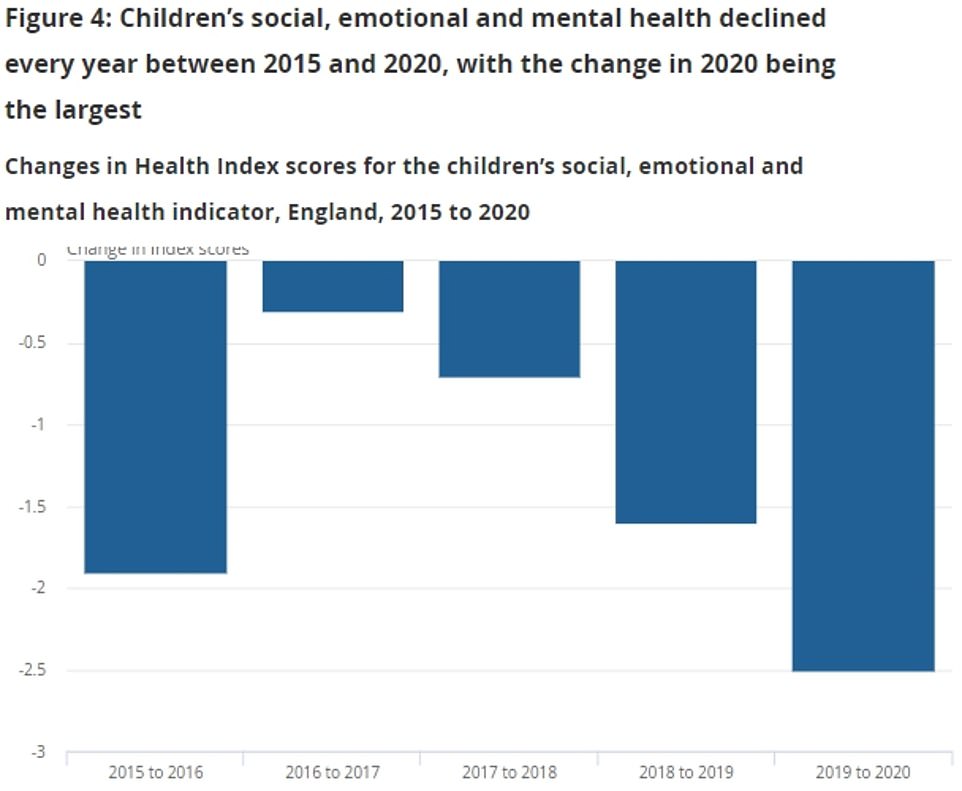 The ONS graph show that changes in health index scores for children’s social, emotional and mental health indicators. It shows that after an improvement in 2016/17, scores have been worsening and reached an all-time low in 2020, dropping 2.5 points 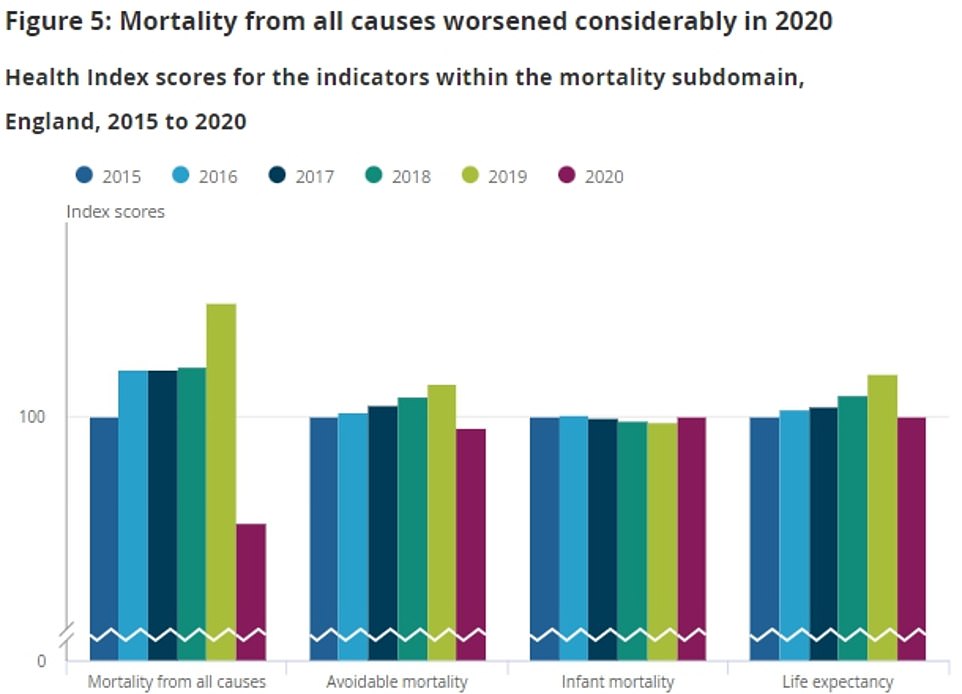 The ONS graph shows that death rates worsened overall in 2020 (all causes), along with avoidable mortality and life expectancy. However, infant mortality improved slightly and remained in line with previous years 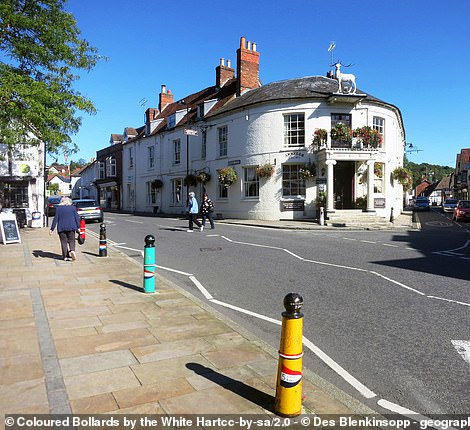 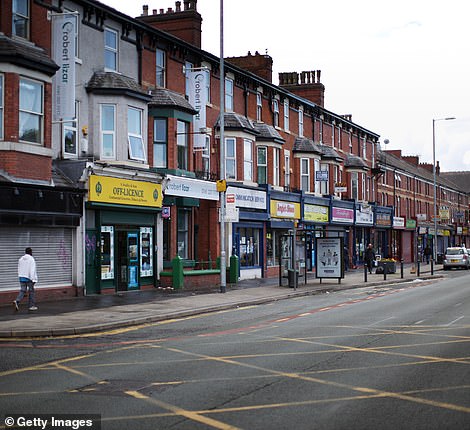 Of the 308 local authorities in England, Manchester (right) has the poorest health (77.7 points), according to the ONS. At the other end of the scale, people in Hart, Hampshire (left) are the healthiest (125.1)

WHERE ARE THE HEALTHIEST AND LEAST HEALTHY PARTS OF ENGLAND?

The ONS allocated all local authorities in England a ‘health score’ of 100 in 2015 and has measured whether health has improved or worsened every year since.

Fifty-six indicators, such as life satisfaction, cancer rates and unemployment, are measured and used as the basis of the analysis. The data for each comes from public sources, such as previous ONS surveys or Government data.

The ONS allocated all local authorities in England a ‘health score’ of 100 in 2015 and has measured whether it has improved or worsened every year since.

Fifty-six indicators, such as life satisfaction, cancer rates and unemployment, are measured and used as the basis of the analysis. The data for each comes from public sources, such as previous ONS surveys or Government data.

These are then grouped into three broad categories: ‘healthy people’, ‘healthy lives’ and ‘healthy places’.

The ONS said these metrics are based on the World Health Organization definition of health, which takes physical, mental and social well-being into account.

The ONS said that the 2020 downturn would have been fuelled by the pandemic, which had ‘substantial impacts on many aspects of health’. However, they noted ‘other events in 2020 may also have influenced scores’.

However, the downturn in 2020 was not seen across all metrics.

ONS statisticians noted that mental health data is collected between January and March each year, so the results reflect the period before the first Covid lockdown was introduced.

In contrast, the ‘healthy places’ score soared, largely due to a plunge in crime rates and air pollution.

The ONS team noted that air pollution and rough sleeping — another measure of ‘healthy places’ — improved in 2020 for the first time since the study began.

It said: ‘It can reasonably be expected that the 2020 results are because of changes made during the pandemic.

‘These changes include the campaign to provide accommodation to homeless people to reduce infection risk, which reduced rough sleeping; and restrictions affecting travel and transport, business and industry, which will have impacted air pollution levels.’

However, the statisticians said economic and working conditions dropped in 2020 (falling 2.9 points) due to worsening unemployment and job-related training. Child poverty and workplace safety also deteriorated.

Of the 308 local authorities in England, Manchester has the poorest health (77.7 points), according to the ONS.

Meanwhile, Fydle in Lancashire and Epsom and Ewell in Surrey saw the biggest fall it health (dropping 8.2 points), followed by Richmondshire in North Yorkshire (7.2 points) and Mole Valley in Surrey (7.1 points).

And Cambridge (10.7 points), Lincoln, in the East Midlands, (6 points) and Torridge, north Devon, (5.5 points) saw the biggest rise in health.

Emma Rourke, interim deputy national statistician (Health, Population and Methods) at ONS said the index shows how health changed during the early months of the pandemic.

She noted that improvements in air quality, fewer road accidents and less crime ‘was likely driven by the need for people to stay at home at this time’.

Ms Rourke said: ‘However, the score for the Healthy People category declined considerably, which reflects the impact the pandemic had on mental health and well-being.

‘One of our key aims is for the Health Index to become a trusted tool for informing health strategy, in the same way GDP data informs understanding of the economy.

‘We expect to publish the Health Index 2021 within the next six months and this will give us an even deeper understanding of health and health outcomes at national, regional and local level.’