By Aadam Patel For The Daily Mail

Now, he hopes, that experience can help fire England to success at the T20 World Cup.

The 28-year-old has spent more than 300 nights of the past year in bubbles and hotel rooms while playing for England, Lancashire, Birmingham Phoenix, Rajasthan Royals, Peshawar Zalmi and Perth Scorchers. Livingstone insists he is living his dream but there are times he has found it difficult. 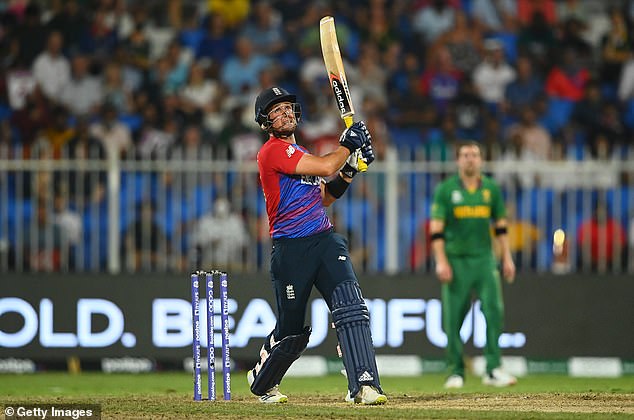 ‘From the outside it probably looks like a pretty cool lifestyle and, don’t get me wrong, we’re very blessed,’ Livingstone tells Sportsmail from Abu Dhabi ahead of Wednesday’s New Zealand clash.

‘We’re playing for our country and, as kids, it’s what we dreamed of doing. But at times it gets really tough. And there have been times where it’s been a struggle for me.’

One of the challenges that Livingstone has faced is dealing with an overload of advice and knowing what to take on board at his different T20 sides. ‘You go into so many environments and there are so many different voices that say, “Do this, do that”. It’s up to us to filter out what we don’t need.

‘Cricket’s a simple game that’s sometimes overcomplicated by thinking too much. You get knowledge and experience through time spent with world-class players. 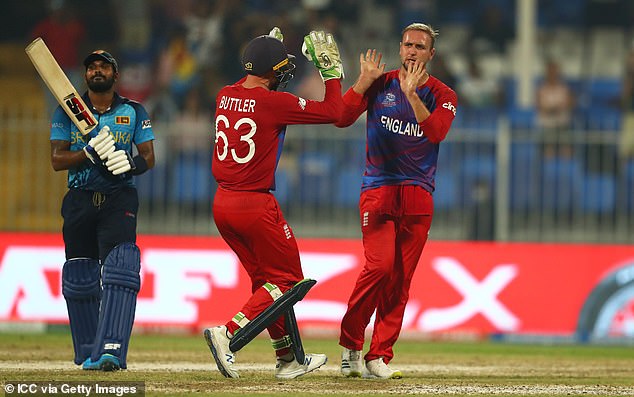 One of those strengths is being able to hit sixes. ‘I know if I bat long enough, I can take the game away from the opposition,’ says Livingstone.

Hitting the ball out of the ground has become a habit for England’s T20 breakout star of the year.

‘Knowing I’m a match-winner gives me great confidence,’ he says. ‘We’re playing elite-level sport and you’ve got to have the confidence in your ability that you can come in and win games for England. Hopefully come the semis or final, I get a chance to do that.’