England’s Lydia Thompson SENT OFF in World Cup final after just 18 minutes following a ‘reckless, head-on-head tackle’… as the Red Roses heartbreakingly fall short with 14 players, going down 34-31 at the death

England were reduced to 14 players before falling to a late defeat in their Women’s Rugby World Cup final against New Zealand on Saturday.

At the iconic Eden Park, which was sold out for the showpiece event, it was a repeat of the 2017 final as the Black Ferns ran out victorious again.

England lost 41-32 on that occasion and were seeking revenge having come into the final after winning 30 consecutive games.

However, after England had made a blistering start to the final by going 14-0 up after just 13 minutes, disaster struck five minutes later.

New Zealand were attacking down the wing, with Portia Woodman charging towards England’s 22, when Ellie Kildunne managed to put in some sort of tackle to delay her.

Yet just before Woodman passed the ball inside, Lydia Thompson came across in desperation to try and make a tackle but made head-on-head contact. 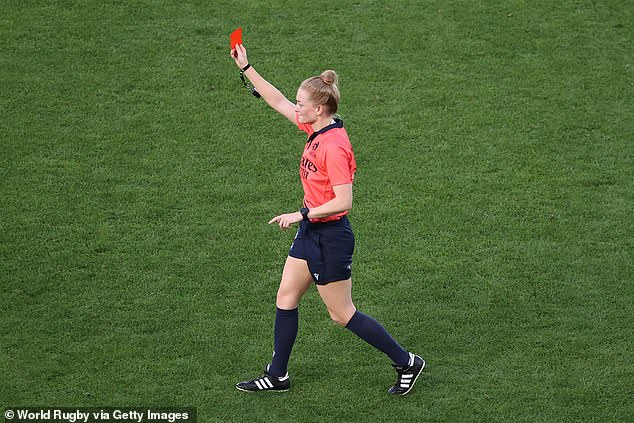 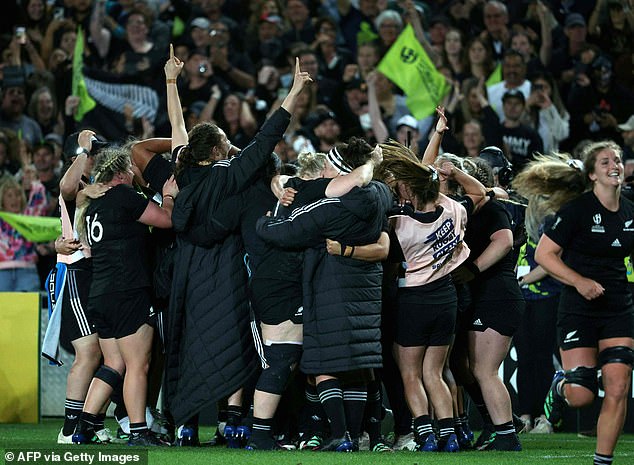 According to the laws, that means an immediate red card.

Following a review by the TMO, referee Hollie Davidson could be heard saying: ‘There is a clear head-on-head contact, she’s coming across at speed, it’s reckless and I can’t see any mitigation.’

As a result, Thompson was dismissed with a straight red card.

Woodman meanwhile, left the field too and was replaced by Ayesha Leti-I’iga after appearing to be knocked out in the collision.

Heartbreakingly, despite a valiant performance, 14-woman England went onto lose 34-31 due to a late try six minutes from time.

This meant New Zealand won their sixth-ever World Cup and their sixth out of the last seven editions of the tournament.