Now England’s netballers, cricketers and hockey stars are targeting their own day with destiny at the Commonwealth Games… with three squads looking to follow in footsteps of Lionesses by emerging victorious

A week on from the Lionesses’ landmark day in the capital, England’s second city is set to stage a second seminal Sunday for women’s sport.

Birmingham 2022 organisers had a home team hat-trick firmly in mind when they scheduled the women’s hockey, cricket and netball finals one after another on the penultimate afternoon of action.

And they could be about to get the day they dreamed of, with England still in contention to contest all of Sunday’s Commonwealth Games gold medal matches. 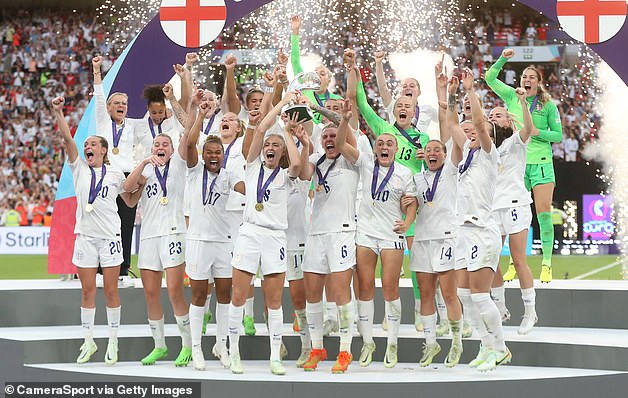 The women’s hockey team made it into the final with a dramatic shootout win over New Zealand on Friday night. The cricketers face India in Saturday morning’s semi-final at Edgbaston. Then the netballers take on Australia at a sold-out NEC Arena in a last-four rematch of their famous 2018 final.

‘Something like this is brilliant for women’s sport,’ said England and Warwickshire wicketkeeper Amy Jones, who grew up in Sutton Coldfield, just 30 minutes north of Edgbaston.

‘Off the back of what the Lionesses achieved, there is a real hunger for women’s sport at the moment. Watching the Lionesses, it does bring extra pride to being a female English athlete. It definitely lifted us and we’d love to experience the same. 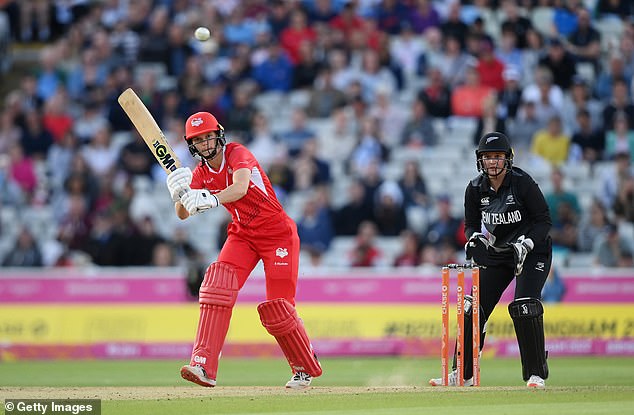 ‘We are really keen to carry on that momentum and keep the spotlight on women’s sport. If it inspires girls to play sport or follow England’s women’s teams, that would be a huge success.’

Of course, all of these women’s teams have enjoyed their moment in the spotlight before. In 2016, 9.7milllion people tuned in to watch Team GB’s hockey heroes win Olympic gold in Rio on penalties against the Netherlands.

A year later, England beat India by nine runs to win the Women’s Cricket World Cup at a sold-out Lord’s. Then, at the 2018 Commonwealth Games on the Gold Coast, the netballers’ last-gasp win against all-conquering Australia saw them crowned Team of the Year at the BBC Sports Personality of the Year awards.

‘Being in the stands at Lord’s that day, it was an incredible occasion,’ said Jones, who just missed out on the 2017 squad. ‘This is a very similar feeling with having that many people coming to Edgbaston. The atmosphere has been amazing in every game so far and we are just trying to soak it all up.

‘The goal coming into the tournament was to win gold. We have a big challenge in India, but should we get the opportunity to walk out in a gold medal match at Edgbaston, it will be a really special day. 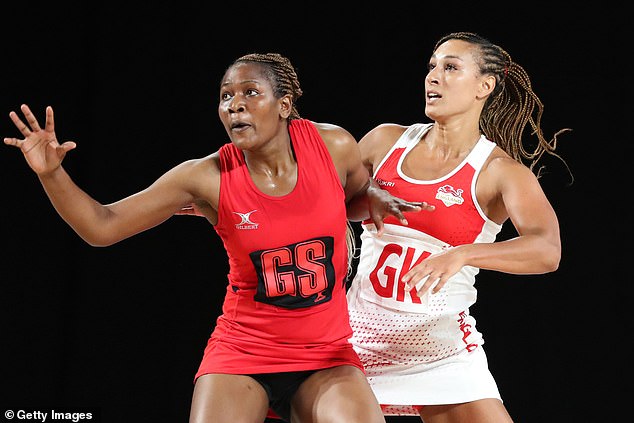 ‘We feel like we can take on anyone. Being the first team to win gold would be unbelievable. We have got all the motivation we need.’

As do England’s netballers. The Roses won all of their group games to set up their showdown with rivals Australia, who came second in their pool after a shock defeat to Jamaica on Thursday.

‘How bloody exciting,’ said veteran goalkeeper Geva Mentor ahead of their semi. ‘If we can do the job on Australia and Jamaica can beat New Zealand, it would be a final we’ve never seen before. That’s so refreshing and exciting for netball.’

As for the hockey players, they face Australia in the final at the University of Birmingham with a chance to win Commonwealth Games gold for the very first time.

‘We’ve got one more game and we could make history,’ said semi-final shootout scorer Izzy Petter. ‘We want it so badly. It’s a once in a lifetime opportunity.’