‘He sets records… even though he looks 10!’: Eniola Aluko joins fans in praising Gavi for becoming Spain’s YOUNGEST ever World Cup goalscorer after netting against Costa Rica… with supporters claiming he will be the next Xavi and Ballon d’Or winner!

Gavi made history on Wednesday evening by becoming the youngest Spain player to have scored in a World Cup after finding the back of the net against Costa Rica.

Gavi scored Spain’s fifth goal of the evening by firing the ball past goalkeeper Keylor Navas from outside the box during their Group E fixture at the Al Thumama stadium.

Spain went on to win the game 7-0 with the rest of their goals coming from Dani Olmo, Marco Asensio, Ferran Torres, Gavi, Carlos Soler and Alvaro Morata. 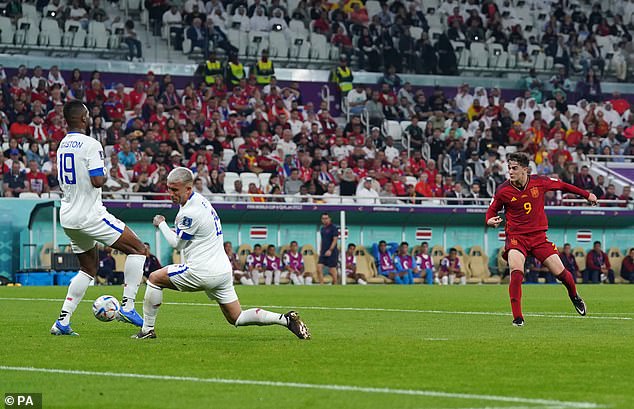 Gavi broke the Spanish record at just 18 years and 110 days old. He also became the third youngest player out of any nation to have scored in the tournament.

He sits behind Brazil legend Pele, who was 17 years and 249 days old when he scored in the 1958 final against Sweden, and Manuel Rosas, who scored in 1930.

This is not the first time Gavi has broken an international record. He became the youngest ever to represent Spain when he started in the UEFA Nations League semifinal against Italy last year. 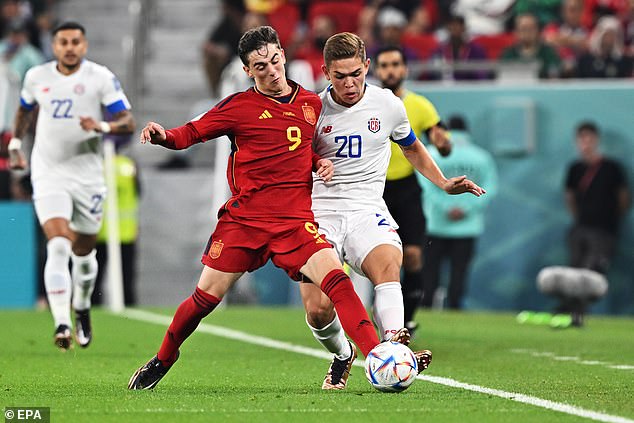 Gavi (in red) broke the Spanish record at just 18 years and 110 days old. He also became the third youngest player out of any nation to have scored in the tournament 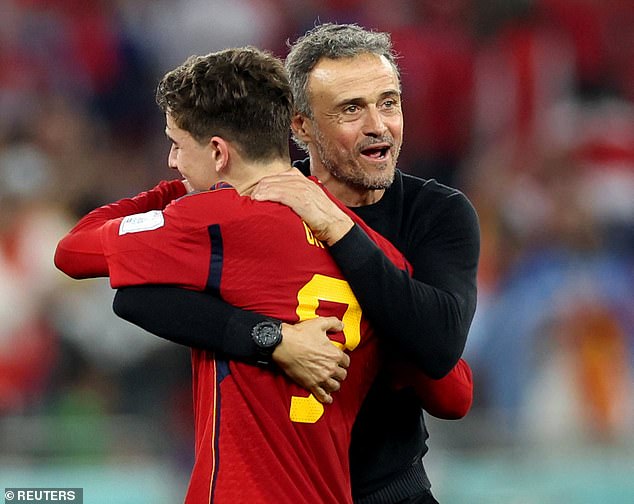 He broke the record of Angel Zubieta – stepping out onto the pitch at 17 years and 62 days old compared to the former footballer’s 17 years and 284 days.

Eniola Aluko, who was working for ITV during Spain’s triumph over Costa Rica, couldn’t help but praise Gavi for his rise to stardom at such a young age.

The former England footballer said: ‘Gavi sets records… even though he looks about 10 years old.’

Another added: ‘Barcelona with Gavi and Pedri are sorted for the next decade! Unbelievable players!!’.

While one said: ‘Gavi will sit at the same table with the likes of Iniesta, Gerrard, Xavi, Zidane, Platini and Scholes them’.

Another supporter wrote: ‘Barca might have found another Xavi/Iniesta in Gavi’. While one Twitter user added: ‘Gavi and Pedri combo. Xavi and Iniesta.’