Yet another massive asteroid will take a fly by Earth later this month, and this one is bigger than New York’s Empire State Building.

According to NASA’s Center for Near-Earth Object Studies (CNEOS), the massive rock, called 2006 QQ23, will make its pass by Earth on August 10.

While it’s classified by NASA as a ‘near-Earth object’ it will make its closest approach at just after 3 am at a distance of about 4.6 million miles.

That fly-over qualifies as a crisis averted since, as noted by NASA, the asteroid measures a whopping 1,870 feet in diameter, more than 400 feet bigger than the Empire State Building is tall.

Hypothetically, if the asteroid were to collide with Earth, it could result in widespread devastation, notes Newsweek.

A land impact cold obliterate an entire city while a plunge into the ocean could cause tsunamis that impact low-lying land.

In either scenario the asteroid would change the climate for many years.

Though this Asteroid was discovered more than a decade ago in 2006, a recent rock’s near-brush with Earth was spotted just hours before its fly-by.

By the time it was announced, 2019 OK — which measures about 330 feet wide — was just hours away from its closest approach, putting it at a distance closer to Earth than the moon. 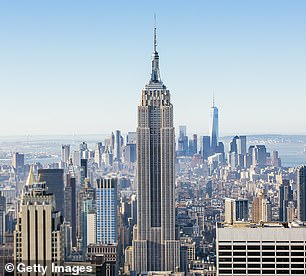 An asteroid bigger than the Empire State Building could cause devastation on Earth, including mass climate change and tidal waves.

Thankfully, experts found it posed no immediate threat, and the asteroid zipped by without incident.

NASA estimates it has already found over 90 percent of near-Earth objects measuring one kilometer or larger – which would have catastrophic global effects in the event of a collision.

But, smaller space rocks are much harder to detect.

The space agency has been working to pinpoint NEOs in the 140-meter range, with a goal of identifying at least 90 percent of these objects.

According to CNEOS manager Paul Chodas there are very few asteroids identified by NASA that have a chance of hitting Earth, one of which, Bennu, is the subject of frequent monitoring by the agency.

‘Asteroid Bennu, which is currently being visited by the OSIRIS-REx spacecraft, currently has a one-in-a-few-thousand chance of impacting a couple of centuries from now, but as we continue to track this asteroid, I expect that chance to drop to zero,’ Chodas told Newsweek.

‘None of the other known asteroids has a significant chance of impacting Earth over the next century.’

HOW IS NASA STEPPING UP ITS EFFORTS TO STOP DEADLY ASTEROIDS HITTING EARTH?

The US government is stepping up efforts to protect the planet from incoming asteroids that could wipe out entire regions or even continents.

The National Science and Technology Council released a 20-page report on June 21 calling for improved asteroid detection, tracking and deflection.

The initiative backed by Nasa, federal emergency officials, and the White House aims to coordinate efforts over the next 10 years to detect and respond to possible threats in Earth’s vicinity, should they arise.

Near-Earth objects (NEOs) include all asteroids and comets that orbit within 30 million miles of Earth, Nasa said. 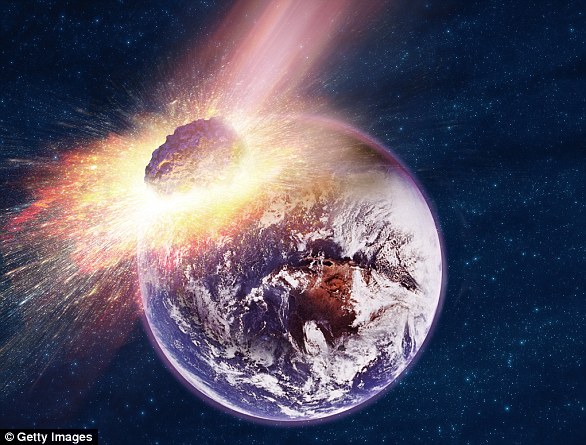 The U.S. government is stepping up efforts to protect the planet from incoming asteroids that could wipe out entire regions or even continents (stock image)

While the probability of an asteroid impact may be low, the effects could be cataclysmic.

For now, scientists know of no asteroids or comets heading our way. But one could sneak up on us – and that’s why the government wants a better plan.

But the hunt is still on for the remaining five per cent and smaller rocks that could still inflict big damage.

These included better methods for detecting and tracking the objects, improved modelling, the development of technologies to deflect NEOs, increased international cooperation on the subject, and the establishment of emergency procedures.