But he says performing for his fans is the next best thing to being at home.

The Spanish singer, who has traditionally kept his personal life private, opened up after performing in Tel Aviv, Israel on Sunday night.

Family man: Hitmaker Enrique Iglesias opened up about his personal life with longtime love Anna Kournikova and their newborn twins after his gig in Tel Aviv, Israel, on Sunday

Enrique, 42, and his longtime love, former tennis player Anna Kournikova, 36, are now the proud parents of five-month-old Nicholas and Lucy.

And the notoriously private pair have been sharing sweet Instagram snaps of the cuties.

Enrique said he wanted to open up to his fans because they have given him so much.

‘I don’t mind sharing part of my life with them,’ he told The Associated Press. ‘I always have, in a way, through my music.’ 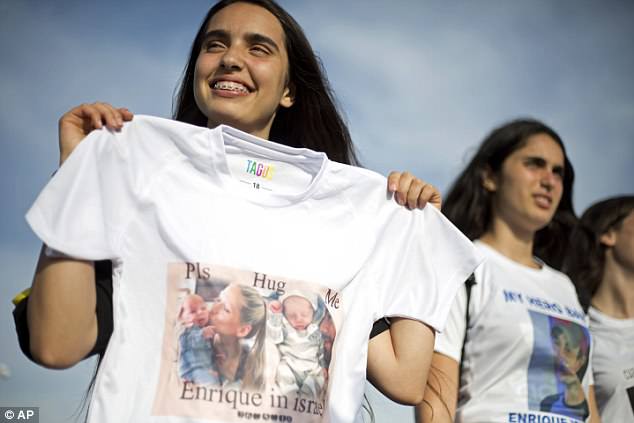 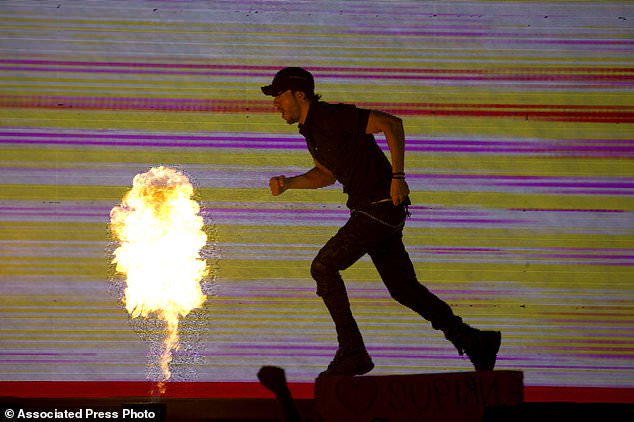 Dashing for it: The 42-year-old hitmaker ran across the stage in front of 50,000 his fans, who he calls his ‘second loves’ after his family

Enrique performed to nearly 50,000 fans in Tel Aviv and the crowd cheered when he took to the stage with his opener I’m A Freak, accompanied by a laser show.

Devoted fans wore T-shirts proclaiming their love for the pop star, and held signs declaring him the ‘sexiest father alive.’

‘I miss my family like crazy,’ said Enrique. ‘But I love doing what I do, which is being on stage and just being surrounded by my fans. Those are the two things I love most in my life.’ 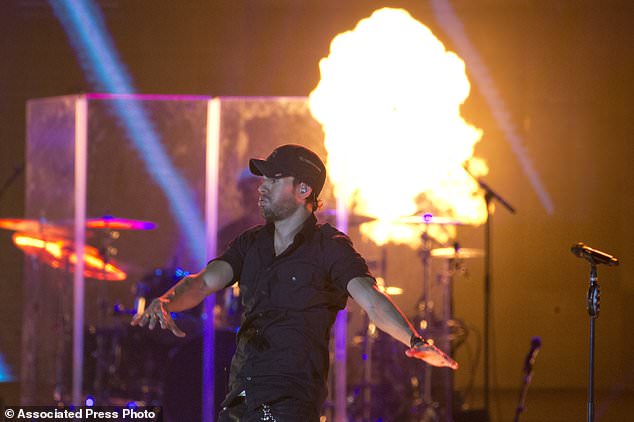 Fiery performance: The Spaniard opened his gig with  I’m A Freak, accompanied by a laser show and bursts of flame 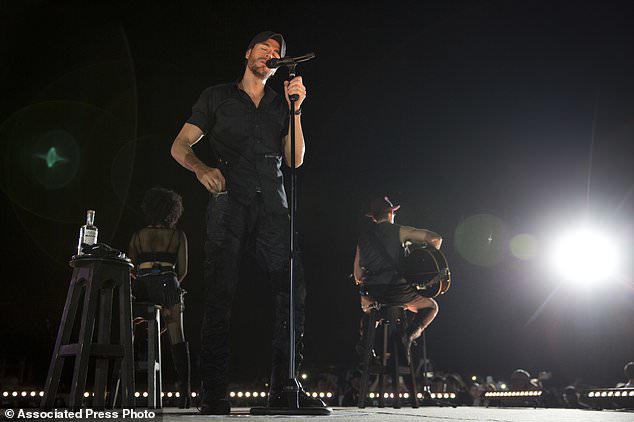 Quieter moment: The crooner also sang some of his many ballads. He is due to continue his tour in Portugal and Russia this week

It was his fourth performance in Israel. Artists often come under pressure from a grassroots pro-Palestinian boycott movement not to perform in Israel.

But Iglesias said he never had second thoughts about coming to the country.

‘I’ve sung in so many countries around the world during conflicts, my music is not about politics,’ he said. ‘If my fans ask me to go to a place and there is demand, I will be there no matter what.’ 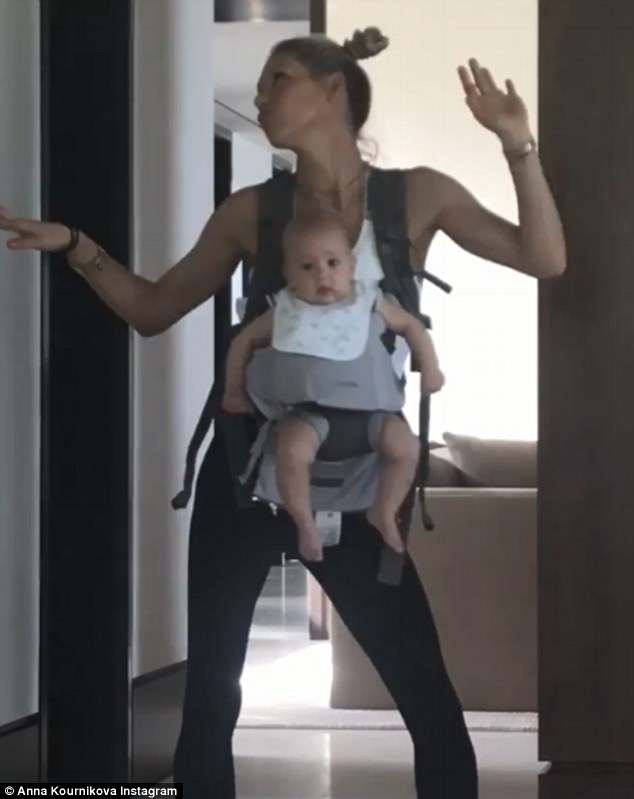 Dancing queen: Anna jived with baby Lucy to Enrique’s new hit, Move To Miami, in this Instagram snap she posted on Thursday

Enrique released his new single, Move To Miami, in May and last week Anna posted a cute video on Instagram of her with baby Lucy strapped to her front as she danced to the hit.

The couple have been together for 16 years after meeting on the set of his music video Escape in late 2001.

Meanwhile, the star has been performing around Europe and South America, and came to Israel following a performance in Ljubljana, Slovenia. 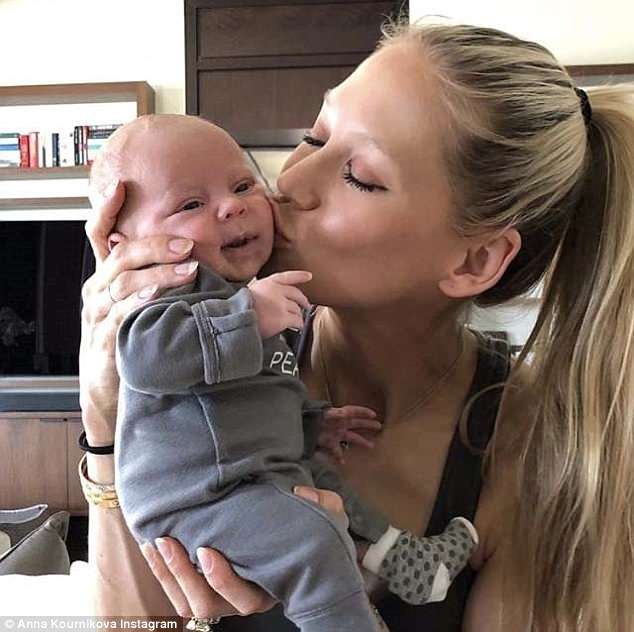 Loving mom: The former tennis pro, who hails from Russia, snuggled with baby Nicholas in this Instagram she shared when he was just a month old