Every member of a school board in Northern California resigned on Friday after a video revealed they mocked parents during a virtual public meeting about reopening schools amid the COVID-19 pandemic.

Schools Superintendent Greg Hetrick described the comments as ‘truly inappropriate’ and issued an apology on Thursday.

‘Last night at the Oakley Union Elementary School District Regular Board Meeting there were unfortunate and truly inappropriate comments made that were heard by many. These comments are not typical and more importantly they are not what the community should expect from our school district,’ he said.

‘The comments made were not in alignment with our Vision and are definitely not what any of us stand for as leaders.’ 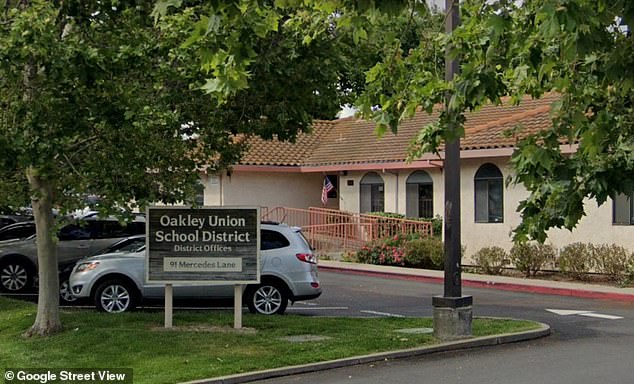 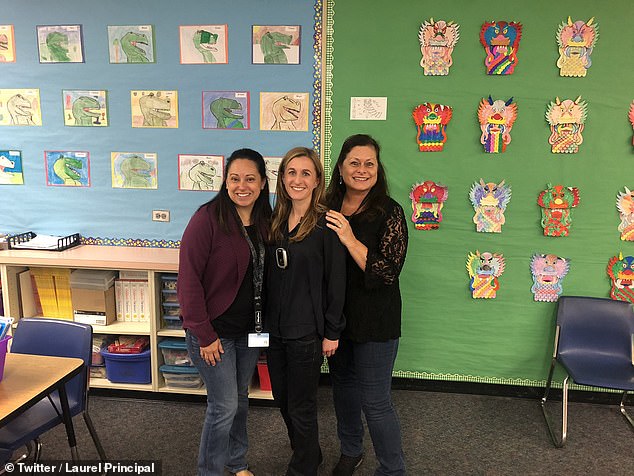 School Board members Erica Ippolito, left, and Kim Beede, right, are seen during a visit to Laurel School 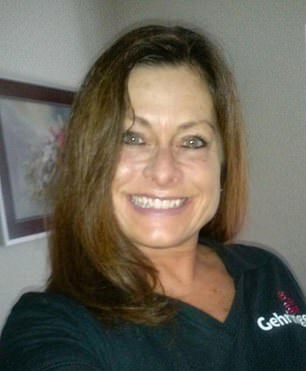 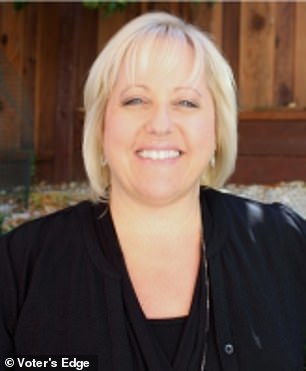 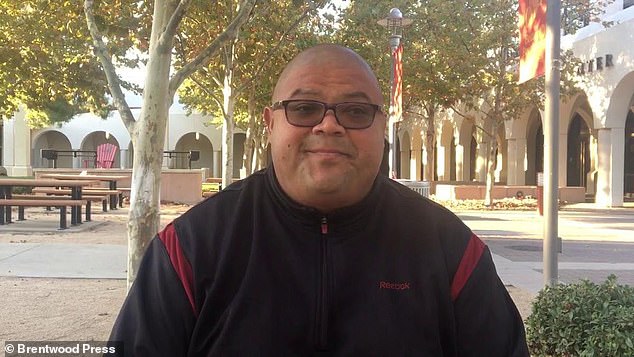 During the conversation, a third board member, Richie Masadas, implies that parents want their kids back in the classroom so they can take drugs uninterrupted

Hetrick said that the school district has ‘lost trust with the community’ and has pledged to rebuild trust in the district.

‘I will not make excuses for what happened or why it happened. I am the superintendent. I am responsible and accountable and I am truly sorry for what took place.’

He added: ‘I know that our students deserve better from us.’

Before the meeting began on Wednesday, several of the board members allegedly believed that no parents were on the call and proceeded to poke fun of them.

‘Are we alone?’ board member Kim Beede asked her colleagues, according to ABC7, who obtained vision of the meeting.

When the other members replied that they were, Beede jokingly imitated herself threatening parents who had written letters about school re-openings.

‘B**ch, if you are going to call me out I am going to f**k you up! Sorry! That’s just me,’ Beede can be heard stating as the other board members laugh.

Brizendine then implied that some parents think of teachers as their personal babysitters.

‘They don’t know what goes on behind the scenes. It’s really unfortunate they want to pick on us. They want their babysitters back,’ she stated. 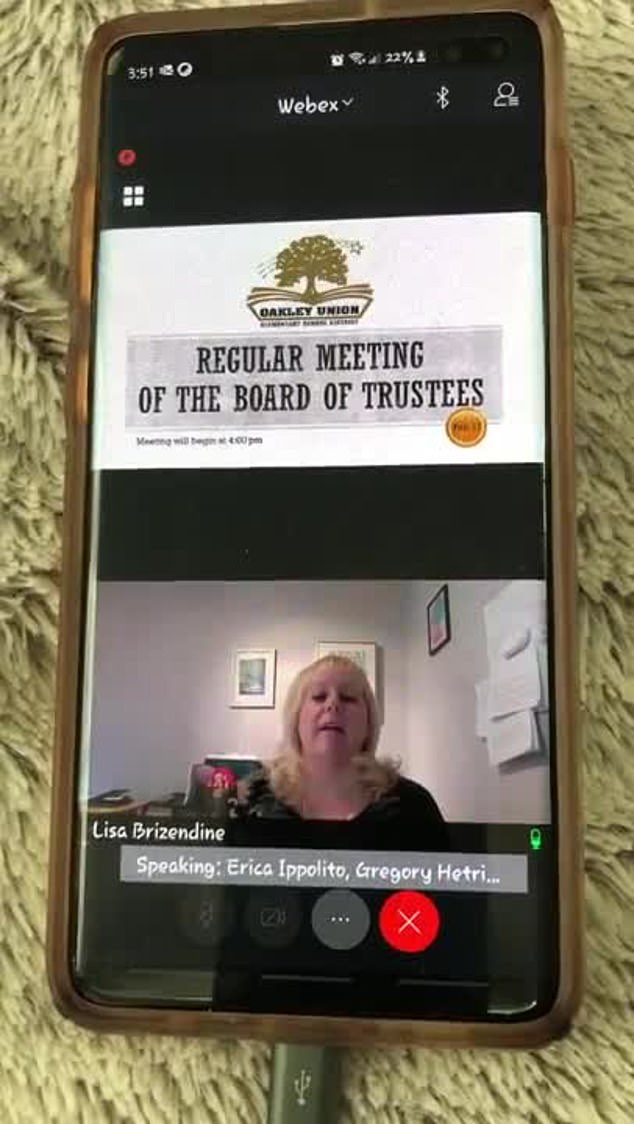 Lisa Brizendine implied that some parents think of teachers as their personal babysitters.

During the conversation, a third board member, Richie Masadas, chimed in, alluding that parents wanted their kids back in the classroom so they could take drugs uninterrupted.

‘My brother had a delivery service for medical marijuana and he delivered to parents while their kids were at school,’ Masadas stated in the video, to the amusement of the other board members.

But parents who have obtained footage of the meeting certainly aren’t laughing.

Before the resignations were announced, Irate parents signed a Change.org petition calling for them to ‘resign immediately or be recalled’.

‘Parents were tuned in to learn if we will be sending our kids back to school soon and if not, why. There has been a lack of communication from the board and this was the first communication we heard,’ the petition states. 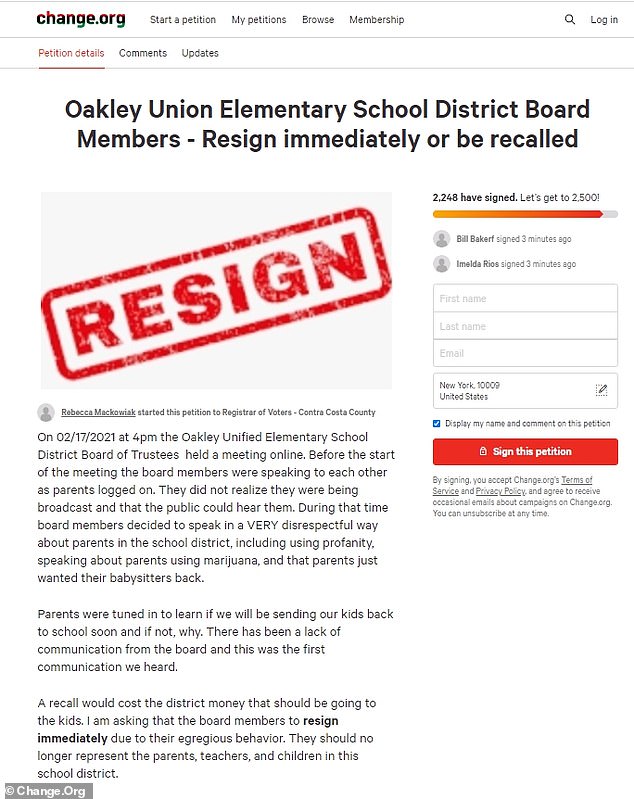 Irate parents have signed a Change.org petition asking for them to resign or be recalled 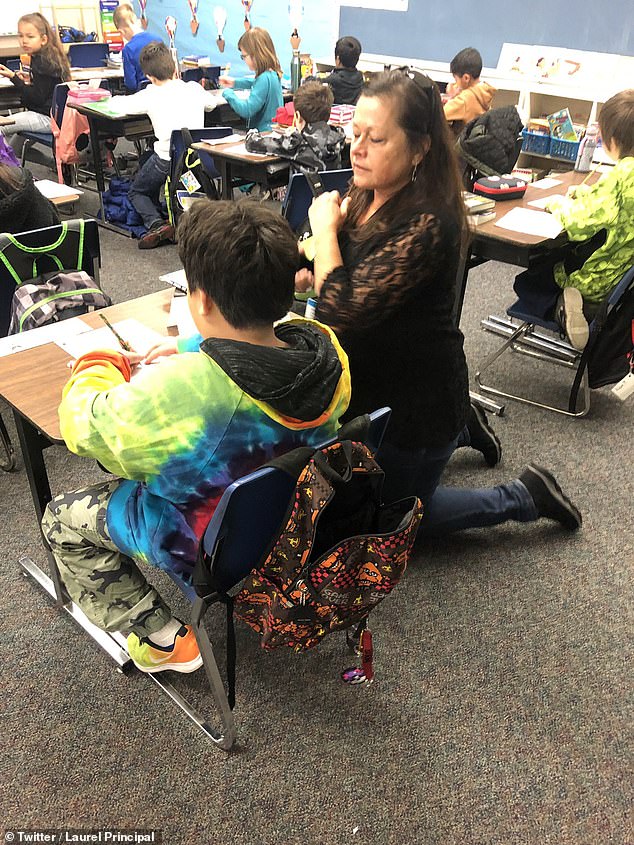 Board member Kim Beede, who has resigned, is seen during a visit to Laurel School

‘A recall would cost the district money that should be going to the kids. We are asking that the board members to resign immediately due to their egregious behavior. They should no longer represent the parents, teachers, and children in this school district.’

Several parents left comments, with one stating: ‘My kids deserve better than this violent and uncaring bunch of bullies.’

More than 2,250 people have now signed the petition.

One distraught mom told ABC7: ‘ They see us writing letters monthly, weekly, to the board members, detailing our stresses and grief about distance learning. For them to say we are doing nothing and sitting home and smoking pot is far from the truth.’

‘I thought the board members were also advocates for my child and had her best interests at heart and after last night’s incident it really has me thinking that they don’t.’