Residents claim a disgusting odour from a local factory is making them sick.

Brisbane suburbs Moorooka and Salisbury have experienced the strange smell for about 20 years, according to local community members.

Locals gathered on Sunday to rally against the owners of the EGR manufacturing plant, claiming the factory’s emissions are affecting the health of their community.

Residents have complained of a range of symptoms from the stench including vomiting, difficulty breathing, chest pain, nausea and rashes.

Mother-of-four Liz O’Neill said her family has been dealing with the ramifications of the emissions for about five years.

In pictures provided to Daily Mail Australia, Ms O’Neill’s children were left with bloodshot and burning eyes – claiming the symptoms all link back to EGR.

‘They get peeling around their mouths and it’s really bad when they wake up in the morning,’ Ms O’Neill said.

Ms O’Neill said the stench smells like ‘cat p*ss’ and pumps into her property at about 11.30pm and lingers until about 6am or 7am when a breeze comes through.

‘It sits down in Moorooka State Primary School, it affects quite a large area,’ she said.

‘People have moved out of the suburb because it’s so bad.’ 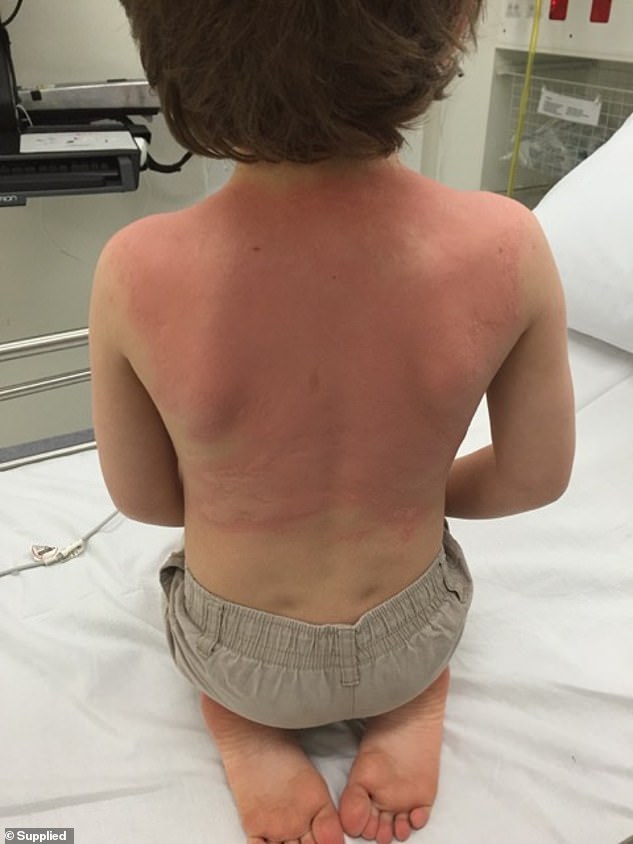 Residents have complained of a range of symptoms including vomiting, difficulty breathing, chest pain, nausea and rashes 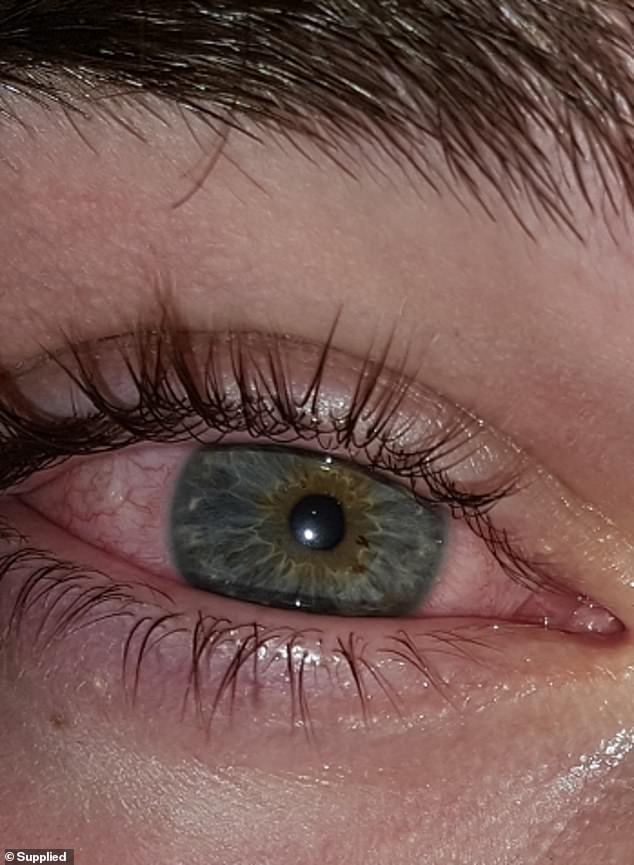 ‘There’s another family, her child was hospitalised with this horrible rash and she went into hospital and they said ”have you had chemical exposure?”,’ Ms O’Neill said.

‘And she went ”omg yes, we have this stuff pumping through the air”, and it was at the time the smell was really bad.

‘We had a rally like this four years ago and there was a doctor there who moved his wife out of Moorooka because she was pregnant and he was so worried about what the long terms affect would be on his family.’

At Sunday’s rally about 100 concerned community members gathered to discuss the issue. 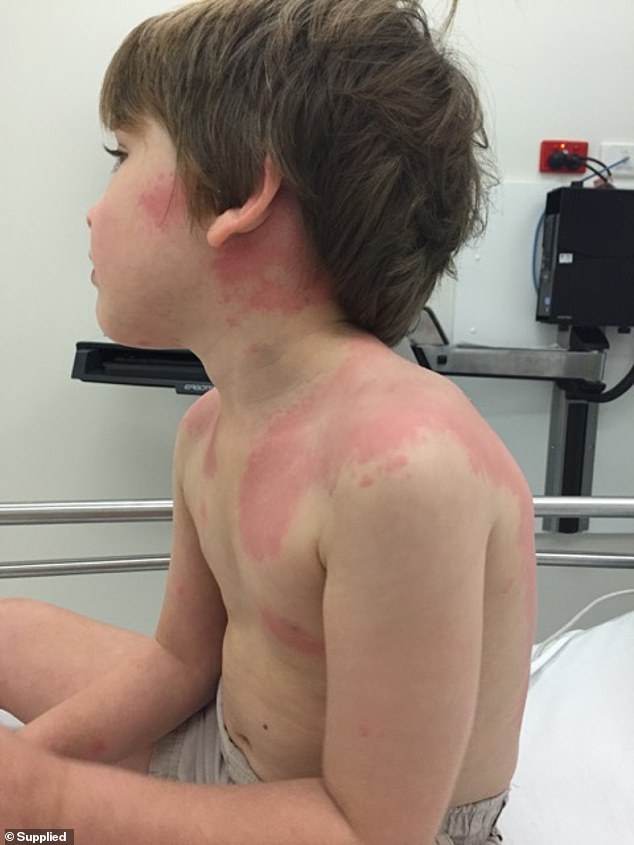 ‘There’s another family, her child was hospitalised with this horrible rash and she went into hospital and they said ”have you had chemical exposure?”,’ Ms O’Neill said

‘Despite this ongoing regulatory failure, in 2017 the QLD Government approved a new Environmental Permit, allowing EGR to increase production with no cap on production levels,’ the rally organisers said in a statement.

‘In July 2018, the QLD Government gave EGR a taxpayer-funded grant for this expansion, even though EGR was being prosecuted by the ACCC for Cartel-type behaviour.’

Ms O’Neill said the community is ‘terrified’ about what could happen in the future.

‘They’ve (EGR) just been given a grant by the government, or an advance, of a significant amount of money to expand their operations and emissions which is what we’re terrified about,’ she said.

‘We’re already having these problems at the emissions they’re doing now, we can only imaging how bad it’s going to be when they 10 times increase their emissions.’ 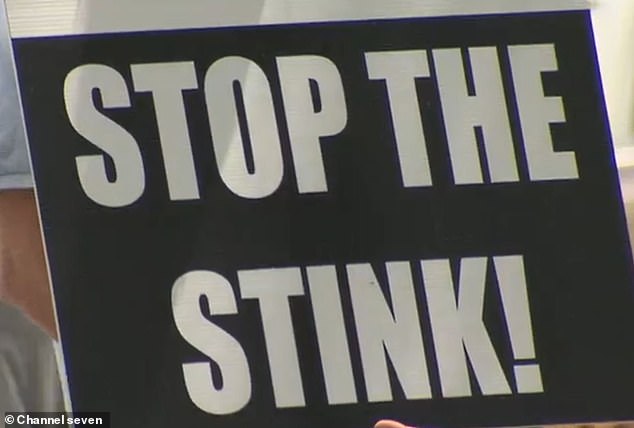 On Sunday, local residents rallied against local manufacturer EGR due to their industrial emissions that are affecting the health of the community 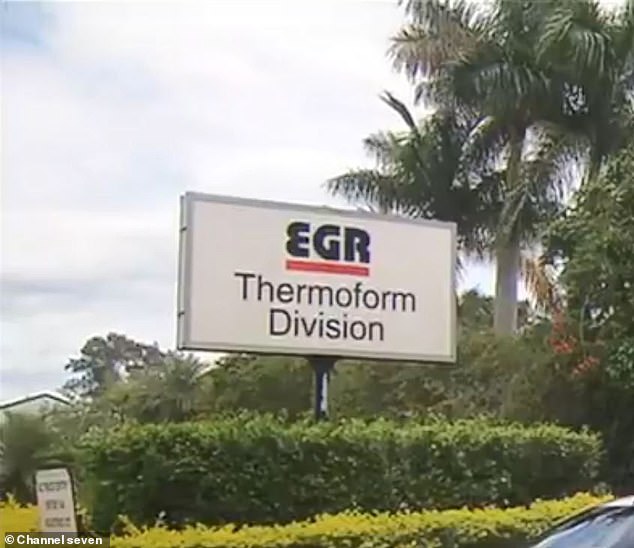 Brisbane suburbs Moorooka and Salisbury have experienced a strange odor for about 20 years, according to local community members

Ms O’Neill’s husband suffered from eczema for about six months and when he visited a skin specialist he was asked if he had been exposed to a chemical.

Ms O’Neill said she has developed sinus from the emissions and when the smells were particularly bad her sinus turned into pneumonia and she was forced to take off work for two weeks.

The couple live in a great area and don’t want to move.

‘I live in this beautiful spot, I’m in this pristine location backing onto the forest. It’s so beautiful and then I just get this stuff pump into my house,’ Ms O’Neill said.

‘On the Moorooka grapevine their have been so many people who have been breaking their leases and moving.’ 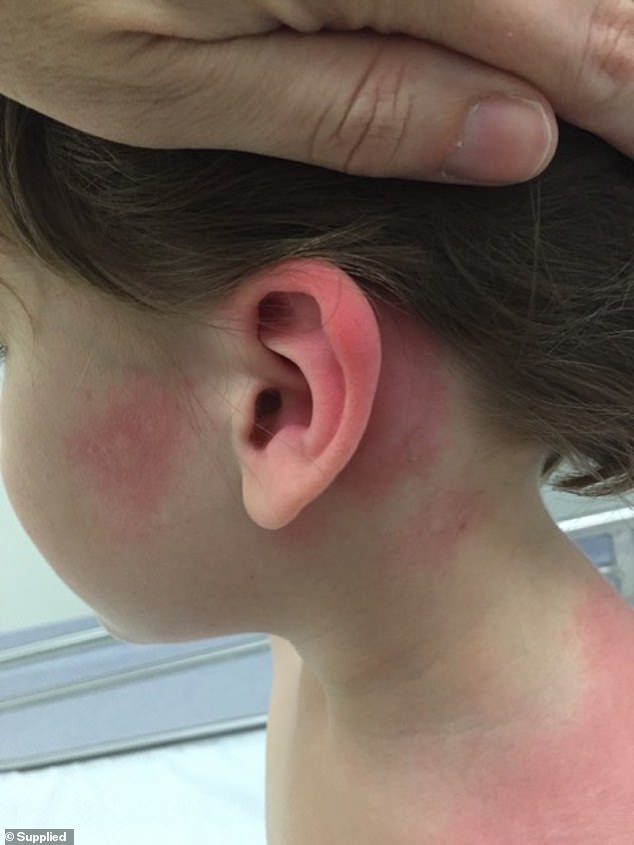 The state government said it is investigating and would be willing to threaten action, Seven News reported.

‘This has been an issue that has occurred before, it’s regrettable that its flared again and if there’s offences that are being committed then I absolutely support penalties being handed out,’ said Transport Minister Mark Bailey.