A budding entrepreneur has sparked controversy after setting up a crowdfunding campaign to help him open a sex club in a busy city centre.

Lee Magnetic, 30, and his business partner Savannah Taylor, 22, are trying to raise enough money to open a swinger’s club in the middle of Birmingham.

The pair are hoping to get £50,000 to lease the premises for a members-only sex den – which will double as a venue to film an X-rated reality show based on the club’s exploits.

Unemployed Ms Taylor, from Manchester, admitted she hopes to become a celebrity by appearing in the planned TV show.

She said: ‘I thought it was a great idea – I really like reality show part of the business.

Mr Magnetic is confident ‘business-savvy’ investors will help him reach his target to start his venture, which he believes could rake in up to £200,000 a year.

The self-employed entrepreneur says he will move to Birmingham from Liverpool to run the kinky sex-den called ‘Studio S3X’ with the help of Ms Taylor.

He said: ‘When you compare the money generated from reality shows and the number of people looking at adult content it’s a no brainer to combine the two.

‘Business-savvy people will look at the business model itself. It is unique.

‘A lot of people pay to join these clubs, which are usually out of the way, and not as in your face as our one will be.

‘We don’t really care about being in people’s faces, that’s what we want. We want to be in the public eye. 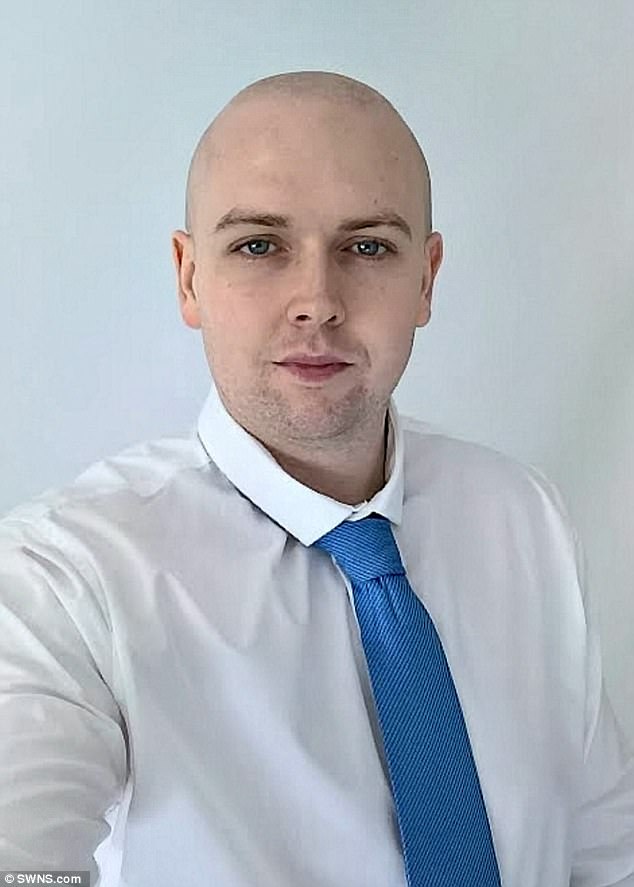 Lee Magnetic (pictured) is hoping to get £50,000 to lease the premises for a members-only sex den in Birmingam – which will double as a venue to film an X-rated reality show

‘Essentially the demand is there for these clubs and this would be a really interesting type of reality show.

‘It would certainly break away from the mould – people must be fed up with the Kardashians now.’

He has earmarked two premises so far – one on bustling Broad Street, which is home to many of Birmingham’s bars, nightclubs and restaurants.

The other is on Bull Street and is close to office blocks in the heart of the city’s financial district.

Mr Magnetic, who has promised investors they will get their money back within six months, added: ‘We’re not exactly saying give us £1 million.

‘A lot of the staff, camera crew, security staff etc will be volunteering initially to get set up who want to be part of the experience

‘I came up with the idea for the club as an excellent way to spend our Friday and Saturday nights.

‘Savannah jumped on board – she said, “that sounds great, I’ve always wanted to go to sex parties and stuff”.

‘I said, “why don’t we partner up and make a business” – we thought Birmingham would be an ideal place because its right slap bang in the middle and easy for everybody to get to.

‘In the initial stages you will get people willing to travel to the venue, especially on weekends.

‘We would look to expand then – Manchester, Newcastle and London. It’ll be free to join, two to three nights per week. Then its pay-to-enter.

‘From two hundred couples who attend on a regular basis, you are looking at over £200,000 profit a year – the business model itself is great.

‘It’s for people who want something a little more risqué 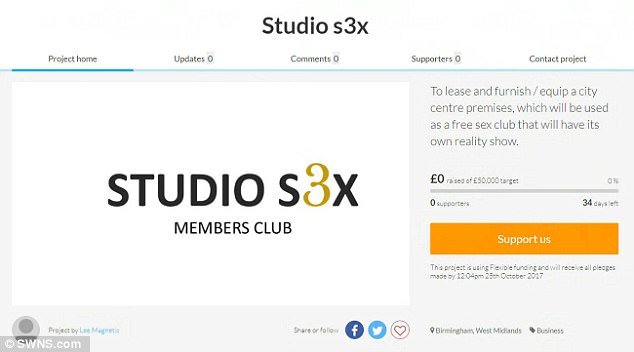 The listing on crowdfunder.co.uk states: ‘The money raised will be used to lease and furnish a premises in Birmingham city centre for a free sex club’

‘We wont need any form of license because we won’t be selling booze and we are not a sex venue.

‘Its a members club with consenting adults, so we won’t need an adult entertainment license or anything like that.’

A spokeswoman for Birmingham City Council said: ‘We wouldn’t comment on a licence application that’s not yet been received, so as not to prejudice any decision yet to be made on whether any licence is granted.’

The council’s website states a licence is required to run a sexual entertainment venue and an additional premises licence or club premises certificate to sell or supply alcohol, provide regulated entertainment or provide late night refreshment.

The listing on crowdfunder.co.uk states: ‘The money raised will be used to lease and furnish a premises in Birmingham city centre for a free sex club, the club will also have its own reality show which will be aired online.

‘Members of the public will be able to join the club for free. The club will be open 6 nights per week.