Environmentalist Grace Watson, 26, eats like a gibbon for a month

Grace Watson considers herself a foodie.

But after working in the jungle, the 26-year-old decided to sacrifice her favourite foods such as pasta, cheese, chocolate and coffee to eat like a gibbon for a month.

For the past 23 days, the environmentalist has been mimicking a typical wild gibbon diet consisting of fruits, leaves, eggs, seeds, flowers and even insects.

The young woman from Auckland has taken up the unusual challenge for a good cause – to raise awareness and money for the endangered primates. 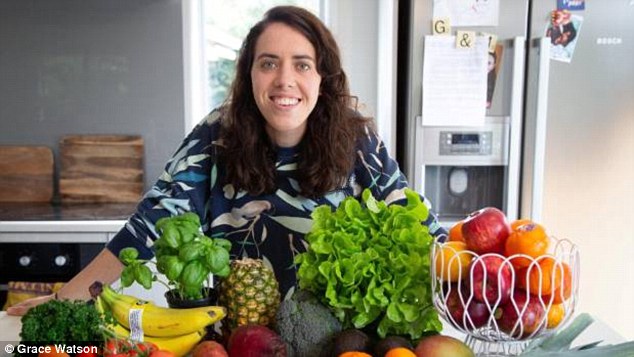 For the past 23 days, the environmentalist has been mimicking a typical wild gibbon diet consisting of fruits, leaves, eggs, seeds, flowers and even insects

Her typical day on a plate eating like a gibbon

Despite her determination to strictly meet the brief for 30 days, Grace said the only thing she won’t be able to stomach is leaves.

‘I’m unable to do that as part of my diet because humans can’t break down nutrients like gibbons do from leaves. So I’ve replaced them with vegetables,’ she said.

‘I have allowed myself to cook the vegetables in a little bit of oil and to season with salt and pepper, but that’s it.’

Since forfeiting her daily diet and culinary treats of pasta, rice, bread, cheese, milk, chocolate, and coffee, Grace described the sacrifice as an ‘immense challenge’.

‘If you know me, you’ll know that I appreciate a doughnut or two, am a self diagnosed sugar and coffee addict, and celebrate everything involving butter, cheese or cream,’ she said.

‘I consider “food” one of my hobbies. I have spent the last month weaning myself slowly off coffee in preparation – the last time I tried to give up, I got serious withdrawals and spent a whole day vomiting.

‘But I’ll be giving it all up for a month for gibbons.’

Grace fell in love with Gibbons after caring for them when she was working in the wild in North Sumatra – a province on the Indonesian island of Sumatra.

‘I think gibbons are so special,’ Grace explained.

‘They form monogamous pairs, they can be incredibly acrobatic and playful and some species sing a daily “duet” where both the male and female will sing together to advertise their territory and their pair bond.’ 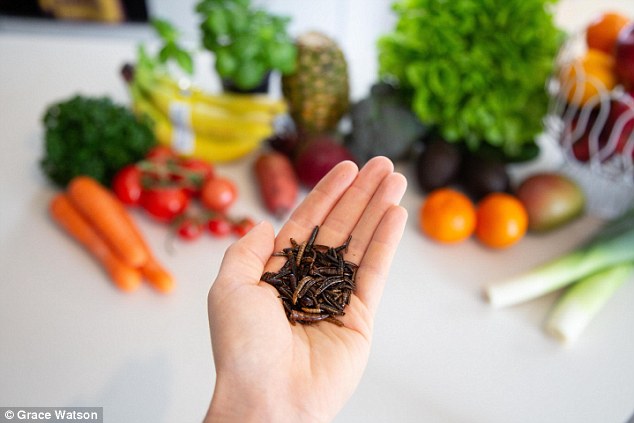 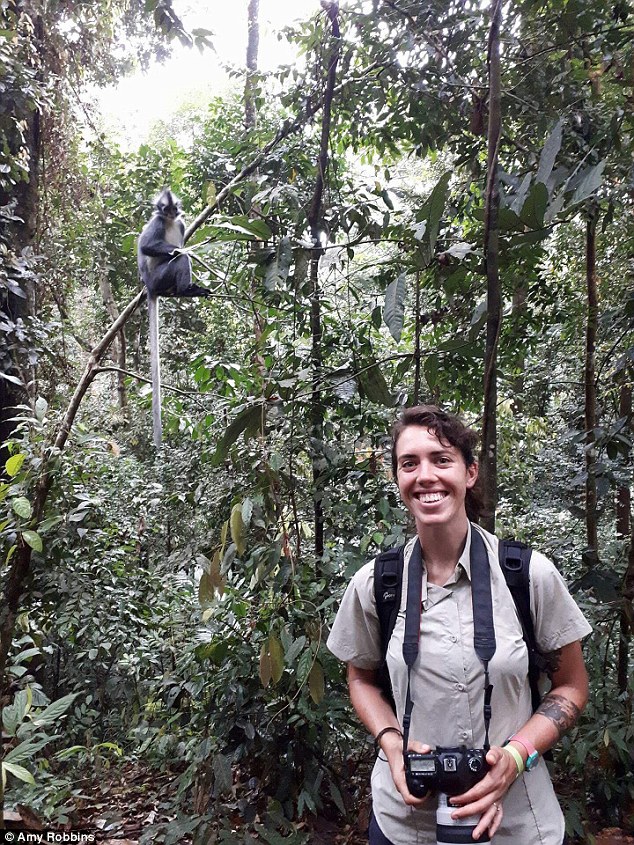 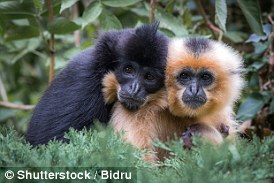 Gibbons are ‘lesser apes’ belonging to the family Hylobatidae and are made up of 18 species spread between the rainforests of Eastern Bangladesh, through to India, China and Indonesia, including Sumatra, Borneo and Java.

They are tree dwellers, and are being heavily affected by the deforestation and degradation of their habitat in these areas as they are displaced or killed as part of the process.

Despite their playful traits, Grace said gibbons are illegally poached from the wild and smuggled into different countries to be sold as as pets.

She explained how owning a pet gibbon represents status among the wealthy in some cultures – and they are often locked away in small cages inside family homes.

‘For each baby gibbon sold on the lucrative black market, probably most of its family members were killed whilst trying to defend that baby,’ Grace said.

They are also sought as attractions for tourists and entertainment value.

‘Tourists will pay money to take a photo with a baby gibbon not realising the back story of how it got there in the first place,’ she said.

‘It’s really important to educate people around this issue.’

Grace explained that once the caught gibbons reach adulthood and become difficult or dangerous to look after, they are neglected in the wild while others die before they mature. 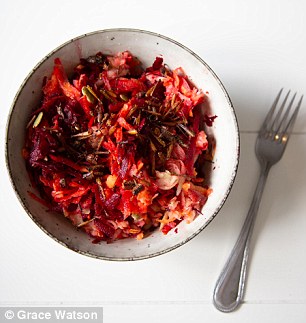 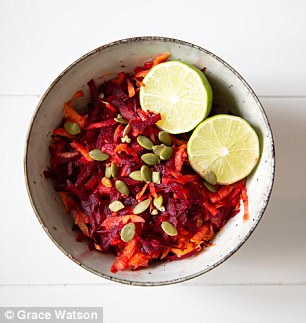 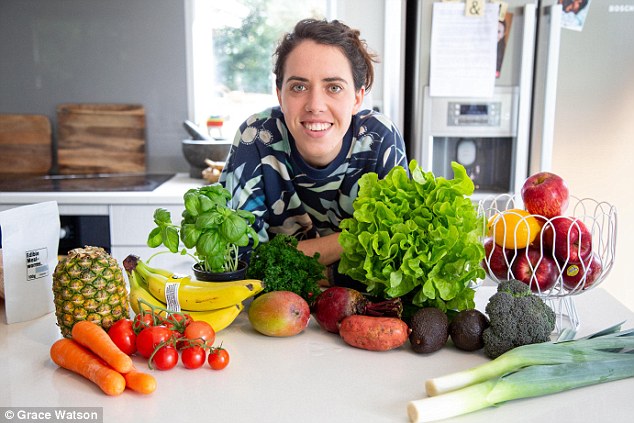 With all funds being donated towards the Gibbon Protection Society of Malaysia, she admits the challenge has been ‘extremely difficult’

And to take matters into her own hands, she decided to raise money for the plight of gibbons by giving up her favourite meals for an entire month.

Embarking on her new diet challenge on August 8, Grace will get to enjoy the warm goodness of carbs again on September 6.

With all funds being donated towards the Gibbon Protection Society of Malaysia, she admits the challenge has been ‘extremely difficult’.

But with the overwhelming support she has received so far, Grace is determine to get through 30 days because she knows every little bit will go a long way to provide a safe future for the endangered gibbons.

‘Money raised will be put towards their rehabilitation centre, which is currently home to eight rescued gibbons,’ she said.

‘These gibbons will eventually be released back into the wild.’

To make a donation, please visit Grace Watson’s Give a Little page.