England are hot favourites five weeks out from World Cup but Eoin Morgan insists: ‘We can handle pressure’

For all the highs England’s one-day team have enjoyed during their rise to the summit of the ODI rankings, no experience shaped them more acutely than a miserable day two years ago in Cardiff.

Eoin Morgan’s team had begun the 2017 Champions Trophy as favourites, only to retreat into their shells during the semi-final against Pakistan, when they were spooked by a sluggish pitch and dismissed for 211.

A glorious opportunity for England to win their first global 50-over trophy went begging. The result remains a blot on their landscape and an alarm bell ahead of this summer’s World Cup.

Now, as then, England are widely regarded as favourites, despite the potential distraction of news that opening batsman Alex Hales has failed two drugs tests.

However while the Champions Trophy was a dress rehearsal, the World Cup offers no second chance. Fluff their lines and the good work of the last four years will feel like a mirage.

For Morgan and head coach Trevor Bayliss, one of the biggest challenges has been to get his side used to the idea that they are no longer the hunters but the hunted. And with good reason.

When they drew 2-2 in the Caribbean this year, it ended a sequence of nine bilateral series wins, interrupted only by a one-off defeat by Scotland. They have twice broken the world-record total along the way. It has been a thrilling ride. And it has added to the pressure of sealing the deal. 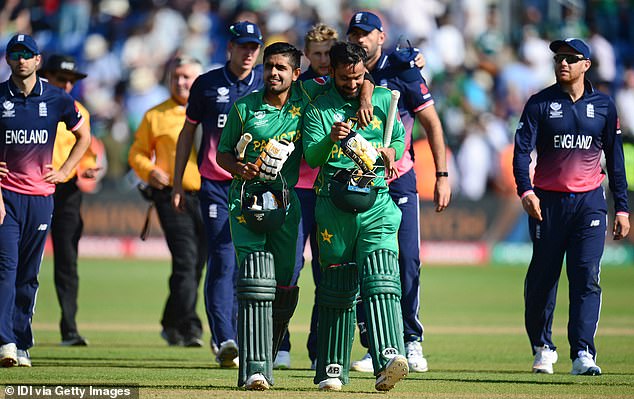 ‘We’ve talked about being favourites a lot since the Champions Trophy,’ said Morgan. ‘We went into that tournament and only got to the semi-finals and we’ve spoken about that. We’ve tried to replicate being favourites ever since, which we have been in every series.

‘The guys are relaxed, they’re used to the fact they’re favourites. It’s more a case now of what needs to be done to prepare well.’

As chance would have it, England’s first home international this season — following a one-day game against Ireland in Dublin on Friday — is against Pakistan at Cardiff.

It will be across 20 overs rather than 50 but the symbolism is glaring: with five ODIs against the Pakistanis to follow, England will not want to begin their summer of summers with a defeat that gets tongues wagging once more, but Morgan believes the lesson has been learned.

Speaking before the Hales news broke, he said: ‘After that 2017 semi-final, the chat in the dressing room was a combination of two things. Were we beaten by the better side and were we playing on a wicket that suited us? Since then we’ve played on similar wickets — at Sydney and Wellington — and in both we played better the second time round.’ 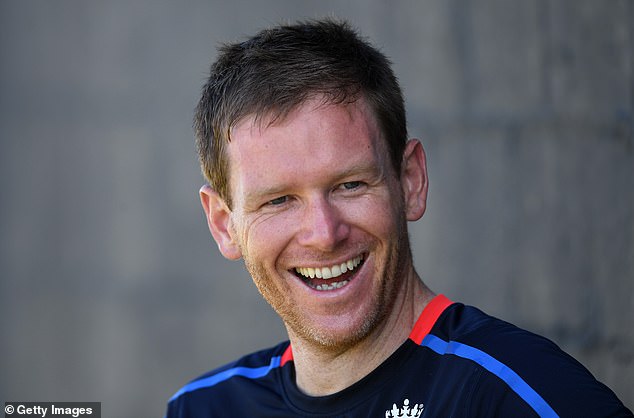 England felt they are constantly evolving, but they will still be relieved that the ICC have planned this summer’s tournament to ensure fresh pitches, which should in theory avoid a repeat of Cardiff 2017. Despite that, nothing can legislate for England’s occasional tendency to go into meltdown.

If the main theme of the last four years has been their blistering batting, the meltdowns are undeniable. Notable instances include a collapse to 20 for six against South Africa at Lord’s in 2017, a 219-run defeat by Sri Lanka in October and 113 all out against West Indies in St Lucia last month when the series was on the line.

None of this should detract from the progress England have made. Exactly half of their 68 one-day totals of 300 or more have come since the 2015 World Cup. Of the five totals of 400 or more made globally in that time, England can account for four (plus a 399).

That will mean little if they suffer more stage fright but Morgan is adamant that the curve is upwards. ‘A long as we go out to play the way we play,’ he said. ‘Our style has evolved over the last number of years from extremely aggressive to positive, aggressive smart cricket. I’m very excited.’ 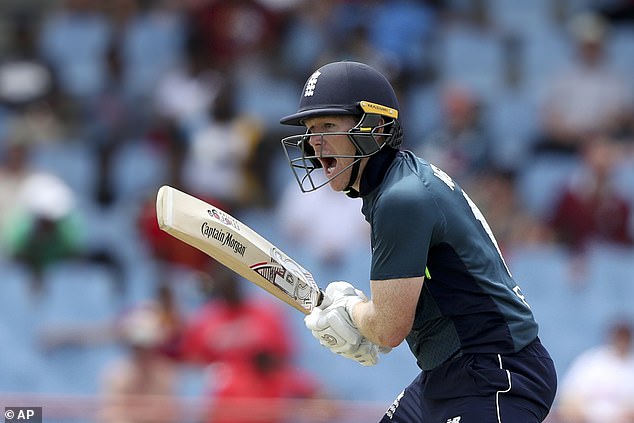