Revealed: How Jeffrey Epstein used private jets, helicopters and boats to ferry girls as young as ELEVEN to his Caribbean island as one victim reveals he kept a gun taped to his bedpost

More details have emerged about how Jeffrey Epstein sexually trafficked girls as young as 11 to his private island in the Caribbean and how he evaded law enforcement by ferrying them on jets and helicopters then keeping them against their will on the property.

Epstein’s estate is being sued by the US Virgin Islands which wants to confiscate his island – Little St. James – which is valued at $86million.

The local government’s top prosecutor says Epstein flouted their laws to routinely bring underage girls there and abuse them. She filed a lawsuit last week and on Tuesday was interviewed by CBS This Morning about it along with one of the women the late financier is said to have trafficked.

That woman insisted on having her identity obscured. She revealed that Epstein held her against her will in a bedroom on the property where he kept a gun taped to the bedpost.

She also said he raped her in his office on St Thomas.

Pedophile island: Epstein’s Little St. James estate where he abused girls as young as 11 and 12, according to a new lawsuit 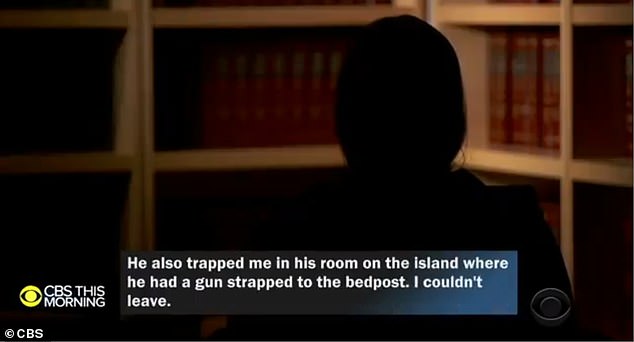 A new lawsuit alleges Jeffrey Epstein ran a conspiracy to traffic and abuse girls appearing to be as young as 11 years old on his private island.

We’re getting a closer look at the secluded island and hearing a first-hand account from one of those alleged victims. @MolaReports: pic.twitter.com/5L3haCQsja

‘He raped me. He brought me off the island to his office in St. Thomas and he actually raped me in his office.

‘He also trapped me in his bedroom on the island where he had a gun strapped to his bedpost. I couldn’t leave.

‘The only means of getting off the island was either helicopter or boat,’ she said. 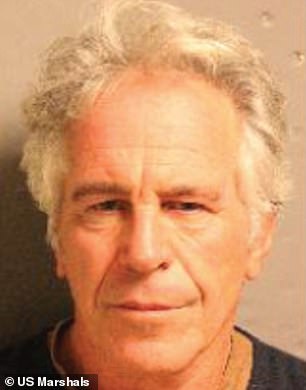 The pedophile died in August by hanging himself in his cell. He is shown in the last known photograph of him alive

She criticized the Caribbean islands’ local government for only now taking action, saying: ‘I’m actually quite confused by it. Why now?

‘It’s been a little bit, it’s late in the game, and to me it’s sort of last minute and, you know, if they knew about his you-know-what he was up to then why didn’t they try to stop him before?’

By buying an entire island to carry out the abuse on, he was able to keep it hidden, she said.

He brought the girls to the Caribbean on his own planes then used his own helicopters and boats to get them to the house.

‘He felt that he could basically be protected. He could get away with it,’ George said. 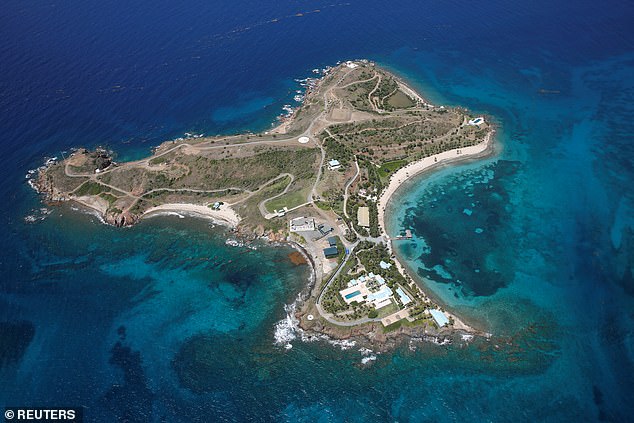 She revealed that authorities tried at least once monitor the property to investigate but they were blocked from entering.

‘They were stopped at the dock, and they were told “No, this is as far as you can go because this is my private property, and I would not allow you to go in any further.”‘

Once the girls were on the island, there was no way for them to escape. 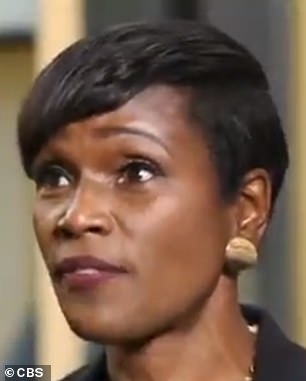 One woman told in a lawsuit in the past that she tried to swim away because she was so desperate to be free but that she was hauled back to the shore.

‘Remember, he owns a whole island.

‘So it wasn’t a situation where a child or a young woman would be able to just break away and run down the street to the nearest police station,’ George said.

She resisted the criticism from Epstein’s victim that she authorities did nothing when he was alive, saying: ‘I cannot speak to what happened in the past.

‘What I do know is that because of Epstein’s wealth and power he was able to conceal a lot of this,’ she said.

The lawsuit against his estate is one of the dozens that have been filed.

The pedophile’s August suicide remains under investigation and the FBI continues to look into whether anyone who is still alive facilitated the abuse.