A glamorous Australian duo have made their debut on the Asia Pacific Forbes 30 Under 30 list after their weight loss transformation sparked their multi-million dollar nutritional empire.

Best friends Jade Spooner, 28, and Amal Wakim, 29, co-founded Equalution after they shed a combined weight of nearly 50 kilos between them by counting their macros rather than follow strict diets or unrealistic workout plans.

The women, from Sydney, credit ‘flexible dieting’, where they eat 80 per cent wholefoods and 20 per cent ‘anything they want’, within reason.

The pair decided to quit their corporate speciality IT jobs at Google to pursue the science-based brand in 2015, teaching dieters how to ‘have their cake and eat it too’.

Fast forward five years, the young business partners have since been making waves in the retail and ecommerce industry after they were named on the prestigious Forbes 30 Under 30 Asia Pacific list.

But their road to success was far from easy.

Jade Spooner, 28, (right) and Amal Wakim, 29, (left) have made their debut on Forbes 30 Under 30 list after their weight loss sparked their multi-million dollar nutrition empire 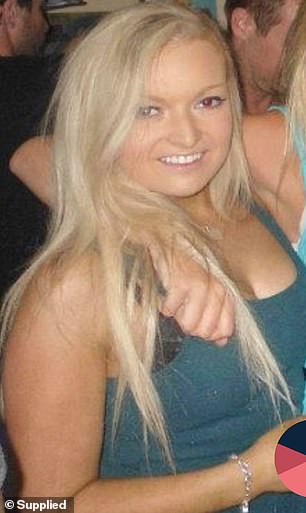 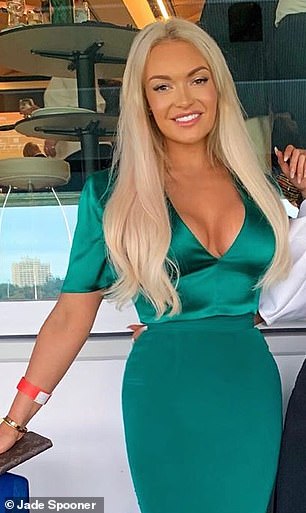 Before and after: Jade became fixated with clean eating – but she struggled for years with her portion control, which led to her weight gain. She later dropped 20 kilos by following a macro nutrients-based diet where she ate 80 per cent wholefoods and 20 per cent of the foods she loved, within reason. She went from a size 12 to a size eight

Before and after: After suffering a health condition Amal was determined to lose weight and had lived off an unhealthy diet of burgers and pizzas. She went from a size 14 to six after dropping 27 kilos

What is flexible dieting?

Flexible dieting is a not a diet – but an approach to nutrition.

It involves macro-nutrients of protein, carbohydrates and fat.

People can eat 80 per cent of lean meats, fruits, vegetables and wholegrains, while allowing for reasonable indulgence in the remaining 20 per cent.

‘When we started in 2015, we worked between a shopping mall piggybacking off the free WiFi at a friend’s cafe and then we would do all our after-hour work together from Amal’s mum’s house,’ Jade told Daily Mail Australia.

‘The early stages of running our business were crazy, sometimes we pulled all-nighters just to get the work done as we were highly understaffed. On average we were working about 16 hours a day.

‘My first week of pay was $240. Honestly, I remember thinking what on earth have we done.’

Instead of spending their earnings on a new wardrobe, the pair would wear the same outfits they already owned for work every day for the next two years.

‘We definitely maintained a lower threshold of spending to begin with, we had simple lives which was fortunate because when you first start a business you can’t really afford to be more than basic,’ Jade explained.

The idea to launch their own nutritional brand sprung to mind after they transformed their bodies through the 80/20 approach.

‘We were fitness models dieting  extremely restrictively before becoming educated on the science of nutrition. We achieved the best results all the while making friends with food after following a balanced and sustainable diet,’ she said.

‘We then made it our life mission to preach a science-based tailored nutrition method to the world, facilitating a change in how people thought of food and achieve results.’ 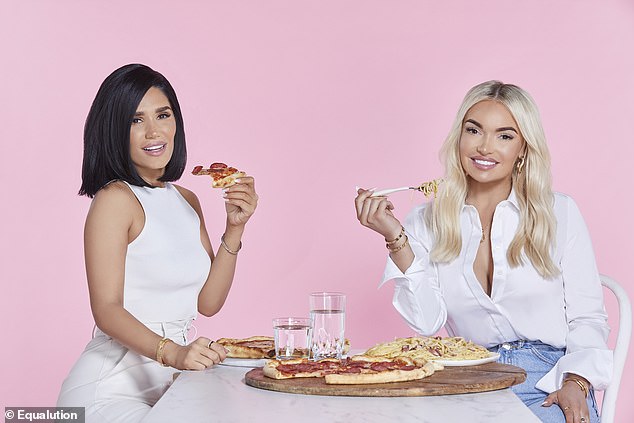 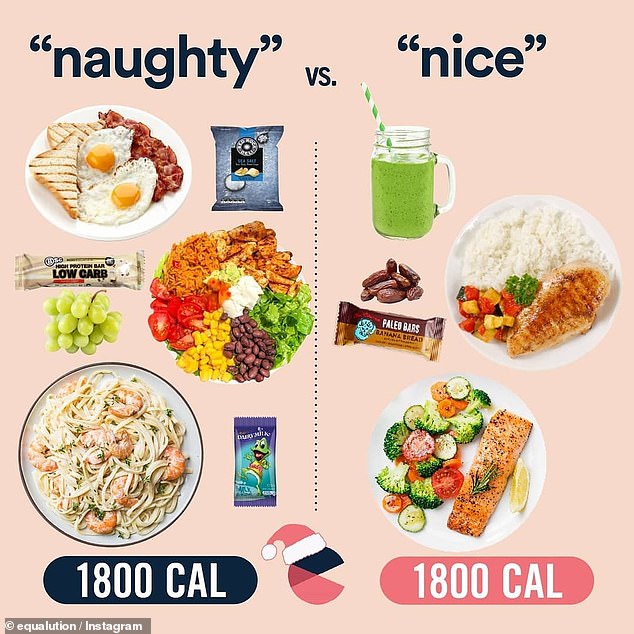 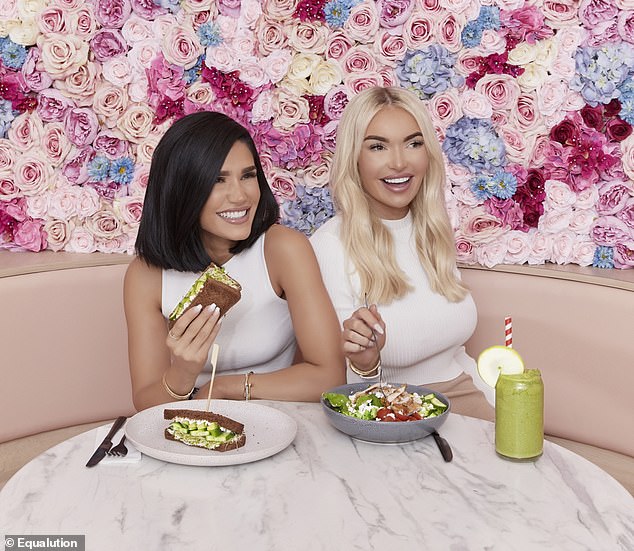 The pair decided to quit their corporate speciality IT jobs at Google to pursue the science-based brand in 2015, teaching dieters how to ‘have your cake and eat it too’

1. Validate your idea first: Get those first few customers, proof of concept and product market fit before investing your time and money into pursuing the idea – validate that you’re onto something through customer acquisition and then listen to those customers about their experience and what they want

2. Consistency is key: Be persistent and consistent adopting a long haul approach, Rome wasn’t built in a day and neither will your business

3. Have a savvy marketing plan: Focus on brand awareness, partnerships and sales within paid and organic streams

4. Make sure your business is scalable: Have a plan to make it scalable with the accumulation of data and more resources

5. Be innovative and adaptable with the times. For example: culturally and technologically

For the first two years, the friends made sacrifices to their lifestyle just to get their brand off the ground – and every cent they made was invested into their business.

‘We started getting paid pretty much the first quarter. To do so we had to just keep our expenses and overheads significantly low and focused on crawling before we walked,’ Jade said.

As their business started to take off, the pair moved in together and created an office in the foyer of their home.

By 2019, they got their first office space. During the same year, they launched an Equalution App so clients could track their nutrients.

With determination and perseverance, the friends noticed a ‘significant growth’ in their third year. And their fast growing business has been booming ever since.

Equalution offers clients customised meal plans to help them achieve their dream body, while enjoying the foods they love.

The program involves meeting daily targets of macronutrients – protein, carbohydrates and fat – that have been calculated based on the dieter’s age, gender, activity level and medical conditions.

‘Our nutrition philosophy reflects how the body recognises food – not as good or bad – but instead for it’s macronutrient intake,’ Jade said. 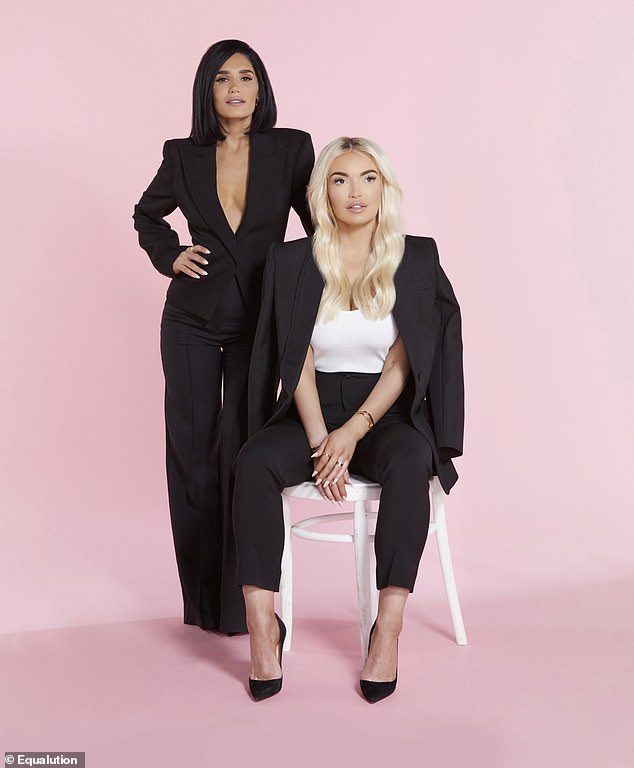 The multi-millionaires have earned a place on the coveted Forbes 30 Under 30 Asia-Pacific list, which covers Australia, New Zealand and the rest of the Oceania 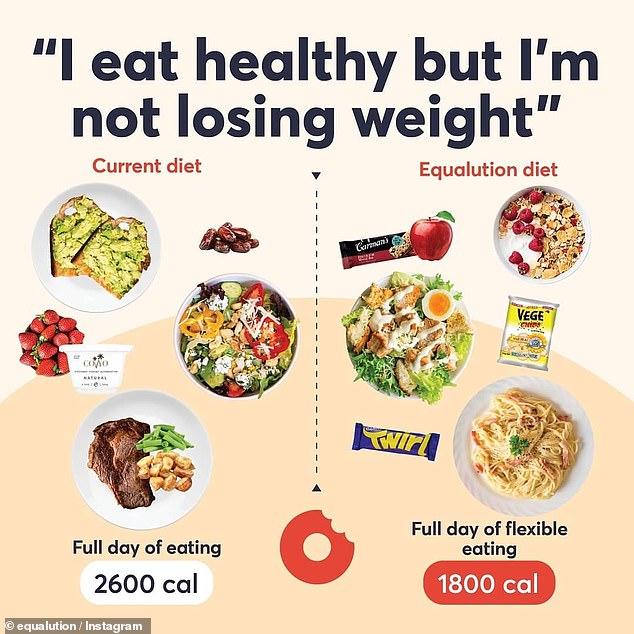 What a typical diet looks like next to Equalution’s diet: A graph showing how you can lose weight while eating 80% wholefoods and 20% of anything you want, within reason 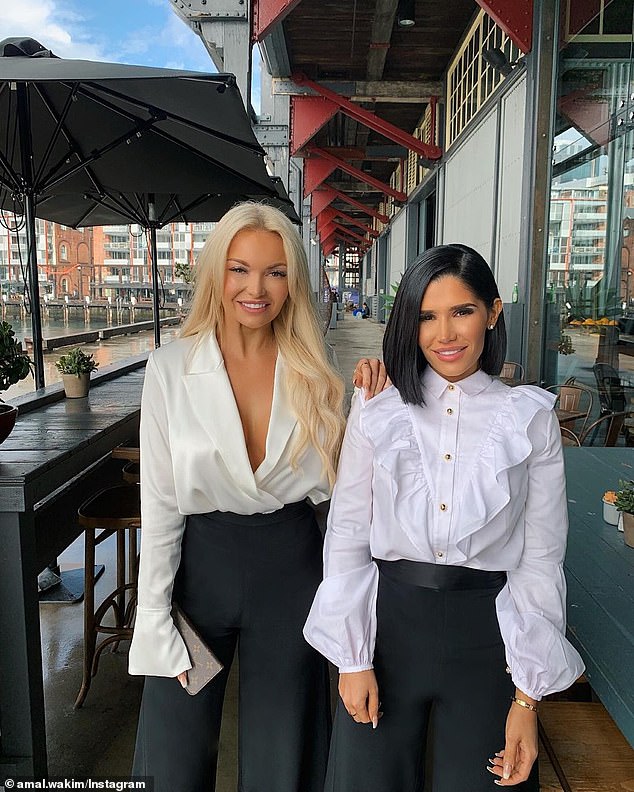 Last year, the pair were listed on Deloitte’s list of Fast 50 growing companies in Australia

LUNCH: A salad or something light

DINNER: Meat or fish with vegetables

DESSERT: At the end of the day, I love having a few squares of chocolate

Amal’s day on a plate

BREAKFAST: Crumpets and a skim coffee

‘So not only are you achieving results but you’re building a better relationship with food by removing arbitrary labels of “good” and “bad” food and facilitating balance.

‘With a vision to change the way the world views nutrition, where most diets preach what we can or can’t eat, we instead show how our clients can have their cake and eat it too.’

Last year, Equalution ranked No. 14 out of 50 companies for revenue growth over three years on Deloitte Technology Fast 50 growing companies in Australia.

Now the multi-millionaires have earned a place on the coveted Forbes 30 Under 30 Asia-Pacific list, which covers Australia, New Zealand and the rest of the Oceania.

‘It has been overwhelming, not for any self-glorification reasons but just to be able to reflect on our business operating at such a highly regarded level having built it from the ground up was just a really proud moment,’ Jade said.

‘We’ve worked incredibly hard and have sacrificed a lot to get to this point so it’s moments and little wins like the Forbes listing that just solidifies how sentimental the growth is.’

How Jade and Amal lost weight

Jade Spooner became fixated with clean eating – but she struggled for years with her portion control.

‘I gained a lot of my weight from clean eating. The issue I had was eating double the amount of nutrient dense foods but with no calorie control,’ Jade told Daily Mail Australia.

‘What a lot of people don’t realise about clean eating is a lot of the staples are high in calories. My staples included avocado, nuts, coconut oil and salmon.’ 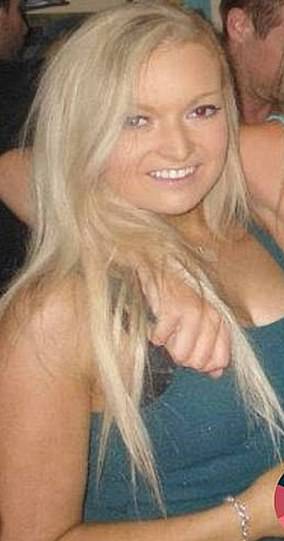 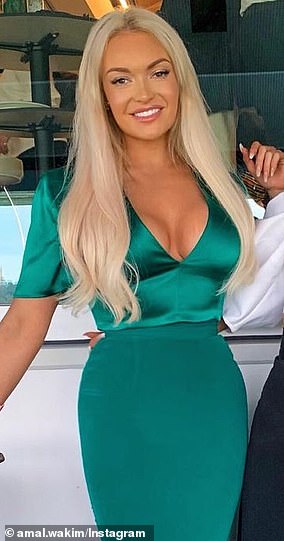 Before and after: Jade Spooner (pictured) tipped the scales at 78 kilos after her weight spiralled from struggling with portion control

Jade said she restricted herself from the foods she loved during the week, and would find herself as a ‘loose cannon’ on the weekends.

Weighing 78 kilos at her heaviest, she ‘experienced a lack of self-confidence’.

‘I was just so disappointed I got to that size. I remember seeing 78 kilos [on the scale] and I just couldn’t believe what I saw,’ she said.

Determined to lose weight once and for all, she started educating herself on the science behind nutrition.

‘I practiced flexible dieting which for me was an entire body and mindset transformation, healing a lifelong poor relationship with food,’ Jade said.

Jade went from a size 12 to eight after shedding 20 kilos.

Amal Wakim said her weight started to pile on from eating large portions of unhealthy foods such as takeaway meals, burgers, fries, and pizzas.

‘Being from a Lebanese family we generally eat huge portions and a lot of calorie dense foods cooked in oil,’ Amal told Daily Mail Australia.

‘So not only was my diet poor but my portions were much larger than the recommended serving size.’ 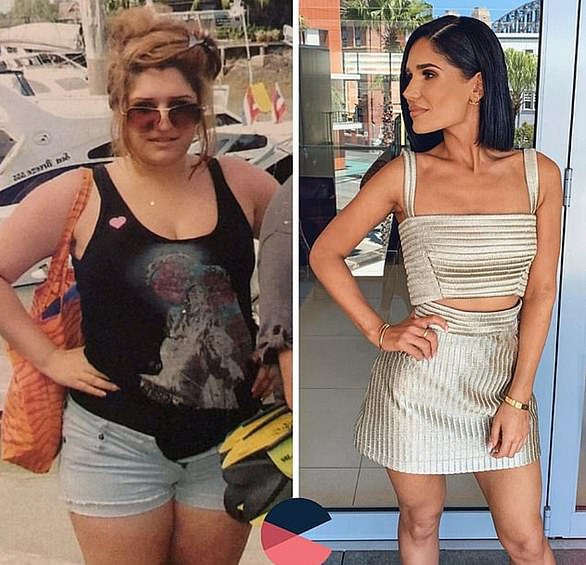 Before and after: Amal Wakim said her weight started to pile on from eating large portions of unhealthy foods such as takeaway meals, burgers, fries, and pizzas. She went from a size 14 to six after she tweaked her diet

At her heaviest, Amal said her weight took a huge toll on her life.

‘I felt really unhealthy and unhappy,’ she said.

‘Being heavier at school, I experienced a lot of insensitive comments from others due to my weight and I did get bullied a lot which in the end became all the more motivating to make the change and do something about it,’ she said.

Her turning point came after a doctor urged her to lose weight because she was showing signs of insulin resistance – a resistance to the hormone insulin, resulting in increasing blood sugar.

‘For me I remember my GP provided me a simple solution of losing weight given it was the root cause of insulin resistance,’ she said.

She went from a size 14 to six after dropping 27 kilos.