The son of disgraced Fox News host Eric Bolling died of an accidental overdose of a cocktail of illicit drugs, a coroner’s report has revealed.

The coroner’s report released on Thursday in Boulder, Colorado ruled that 19-year-old Eric Bolling Jr’s death on September 8 was an accidental overdose of multiple drugs.

The toxicology report on Bolling Jr found very high levels of cocaine, as well as the presence of the deadly opioid fentanyl and prescription sedative Xanax.

The economics student was the only son of former Fox News host Eric Bolling, 54, and his wife Adrienne, also 54.

The coroner’s report released on Thursday in Boulder, Colorado ruled that 19-year-old Eric Bolling Jr’s death was an accidental overdose of multiple drugs. He is seen with his father 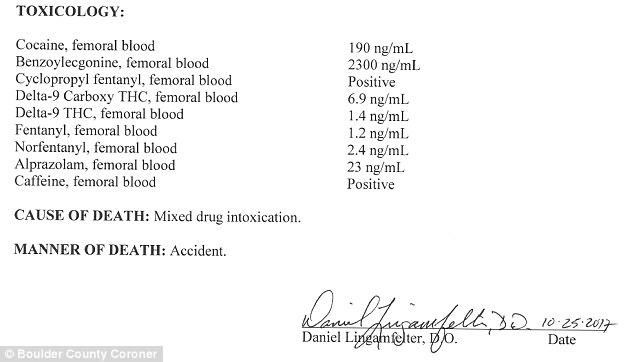 The toxicology report on Bolling Jr found very high levels of cocaine, as well as the presence of the deadly opioid fentanyl and prescription sedative Xanax (alprazolam)

‘Adrienne and I thank you for your continued prayers and support,’ Bolling Sr tweeted after the coroner’s report was made public.

The Fox News contributor was fired over claims of harassing text messages just hours before his son’s death.

‘We must fight against this national epidemic, too many innocent victims,’ the grieving father continued.

News of the autopsy results came the same day that President Donald Trump declared the opioid crisis a national emergency, with opioid overdoses killing an average of 92 people a day across the county.

A friend found Bolling Jr unresponsive in his bed by a friend on September 8.

The autopsy report noted that his body was clad in blue plaid pajama bottoms and a white robe.

Police logs obtained by DailyMail.com show a medical call to his home at the plush Providence Boulder apartment complex was received at 7.49am. 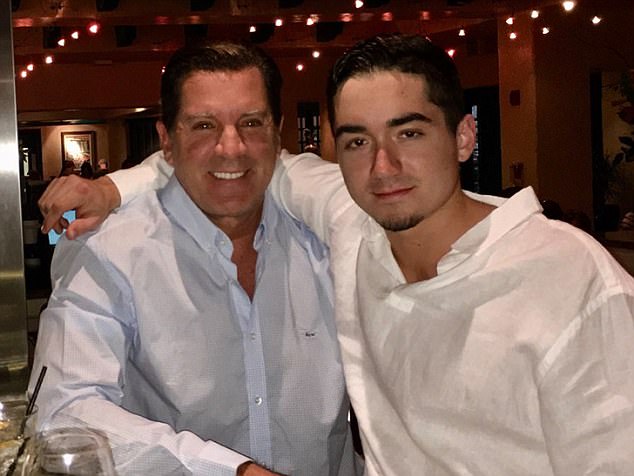 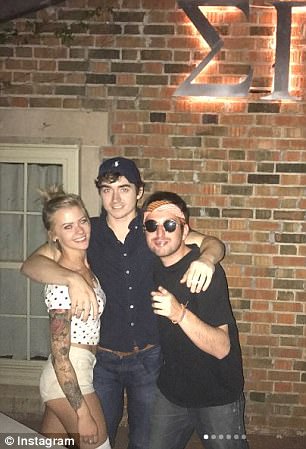 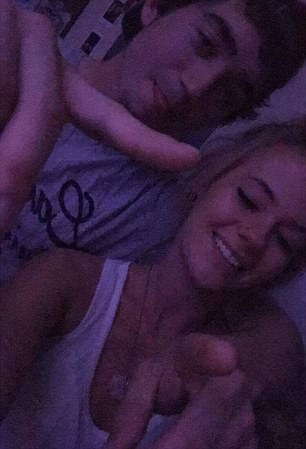 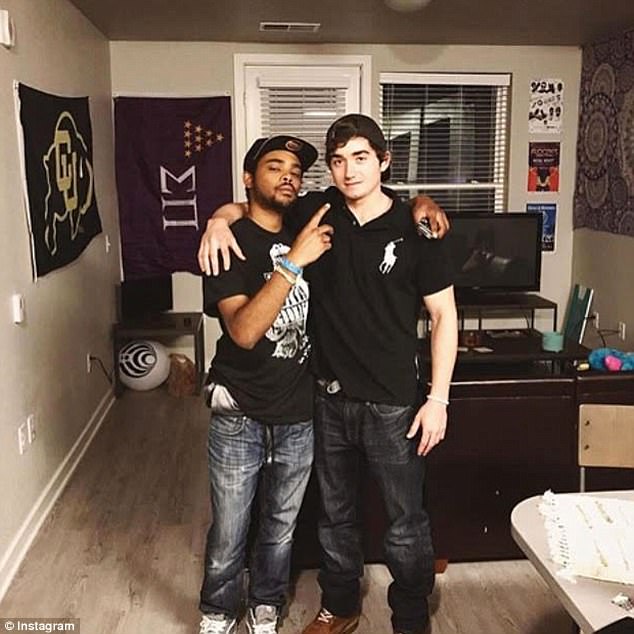 Bolling’s close friend Wayne Carter, 21, (pictured together) has said that he doesn’t think his friend intentionally killed himself and said he was just partying too hard

Last month, friends of the dead student told DailyMail.com that he ‘partied’ the night before he was found dead and was allegedly seen doing drugs, including cocaine, weed and Xanax.

According to his close friend Wayne Carter, 21, Bolling Jr had been out partying the night before and had been ‘doing things [drugs]’ – even sending videos of that night’s festivities to friends via messaging app Snapchat.

Carter, who is originally from Malibu, California, said that his friend was always fond of socializing but had stepped up his partying over the summer.

He also said he had been told that Bolling Jr had once dabbled in substances such as heroin but insisted that at the time of his death, he was sticking to ‘just college drugs – cocaine, weed, alcohol, Xanax sometimes.’

The newly released coroner’s report appears to contradict that account, indicating significant levels of fentanyl and cyclopropyl fentanyl, a synthetic opioid that was linked to a sting of fatal overdoses in Georgia this summer.