Erik Lamela says Tottenham are on an upwards curve under Jose Mourinho and echoes the manager’s belief that a strong end to this campaign can kickstart a top-four challenge next season.

Tottenham today take on fourth-placed Leicester, who are battling with Chelsea and Manchester United for England’s two remaining Champions League places behind Liverpool and Manchester City.

And while the managers of those top five clubs have been much-praised this season, Mourinho has come under fire from critics who say he has taken Tottenham backwards from Mauricio Pochettino’s entertaining style to a more functional and defensive way of playing. 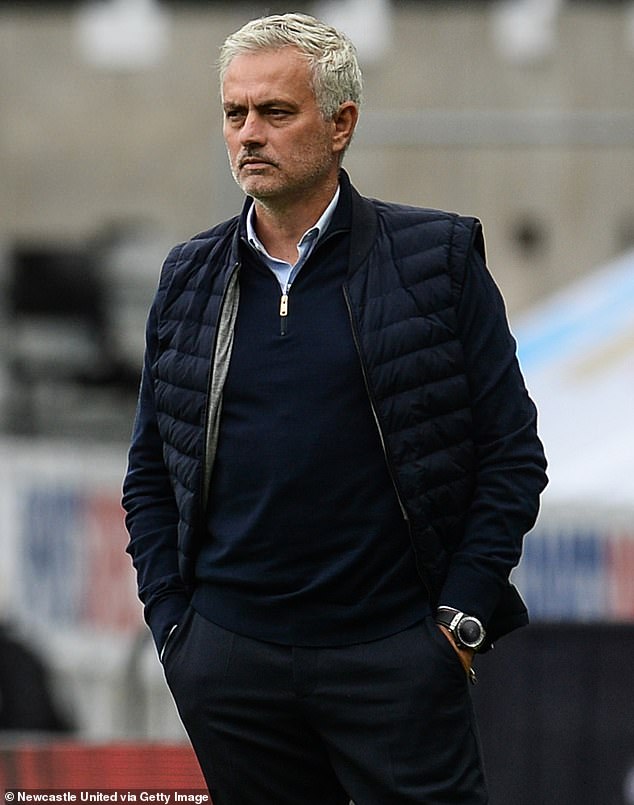 Yet Mourinho’s record since replacing Pochettino last November suggests Spurs are on course for a return to the top four. Under him, Tottenham’s win percentage in the Premier League is 50 per cent, with 12 victories in 24 games, double the ratio of Pochettino’s three wins in the opening 12 games, and is only bettered by Liverpool, City and Chelsea this season.

Spurs are also one of the in-form teams of Project Restart, having won four and lost only one of their seven games since the league resumed in June, and Mourinho said winning their final two games would put them on course for lifting the Europa League, which he has won with both Porto and Manchester United.

He also said a strong end to this season will give Spurs positive momentum going into next season, which is expected to start in September, after a much-reduced close season.

‘There is always a relationship in the new season with what you did in the previous one, so to end this season with the majority of players back, the team being more solid and compact, with better results is good in relation to next season,’ said the manager.

Lamela agrees: ‘The team is going in the right direction but we need to finish well and then prepare better for next season,’ said the Argentinian. 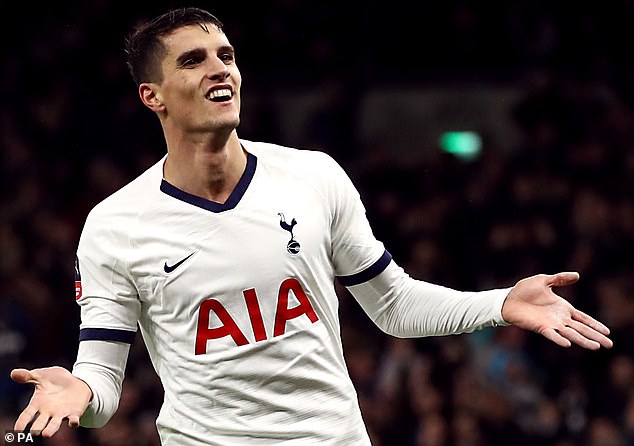 ‘This team has so much potential and the manager knows how to do it. In the last few games we have taken 10 points from 12. It’s true we are much better in the table but still we can improve. There are still two games left and we are expected to win them.’

And although Lamela is a natural attacking midfielder, he understands that every successful team is based on a strong defence. Mourinho has stopped Spurs from leaking goals, taking their average down from 1.5 conceded per game under Pochettino to 1.1 per match, and has amassed nearly twice as many points per game as Pochettino’s side.

‘The last few games we were solid in defence and that has helped a lot because if you concede no goals or only one, then you have more chances of winning games.

‘Also the team’s mentality has changed a bit in the last few games and you can see we are all together on the pitch, trying our best for the team. We are improving in a lot of aspects.

‘The manager is the person who can see everything, so if he has something to say to the team we have to accept it. We love to train, love to play and love each other on the pitch.’ 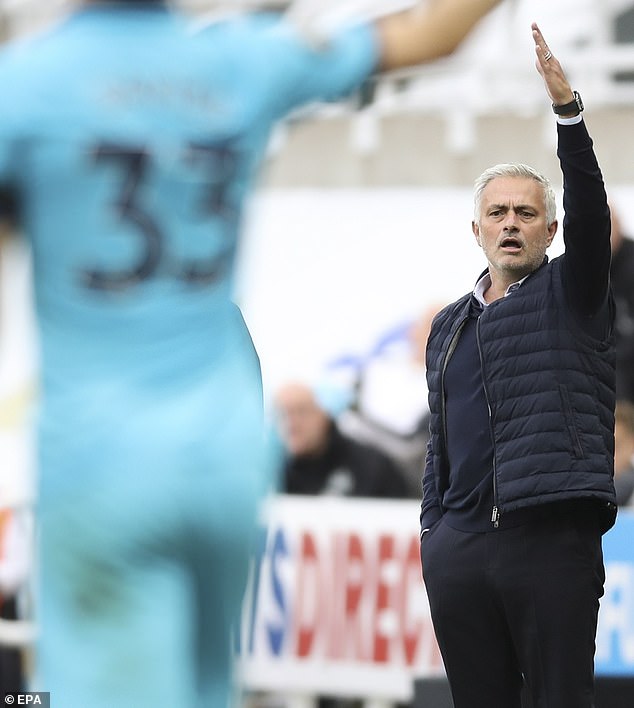 Spurs are unbeaten in four matches, winning three and keeping clean sheets in two of them

And much as Lamela had a close relationship with his fellow Argentine Pochettino, he knows that Mourinho has lifted Tottenham since taking over when they were in 14th place last November.

‘I think when he took over, we were not in a good position. Afterwards, the team improved. I cannot say much about the manager, but I can say he’s doing the right job and pushing the team in the right way [direction].’

And he says there is more to come. ‘We have so much quality, a lot of players who can win a game at any time. So if we improve in the other aspects, we can be much better.

‘Earlier this season we conceded a lot of goals, which makes it more difficult to win. This is something that in the last few games didn’t happen and we have won games.’ 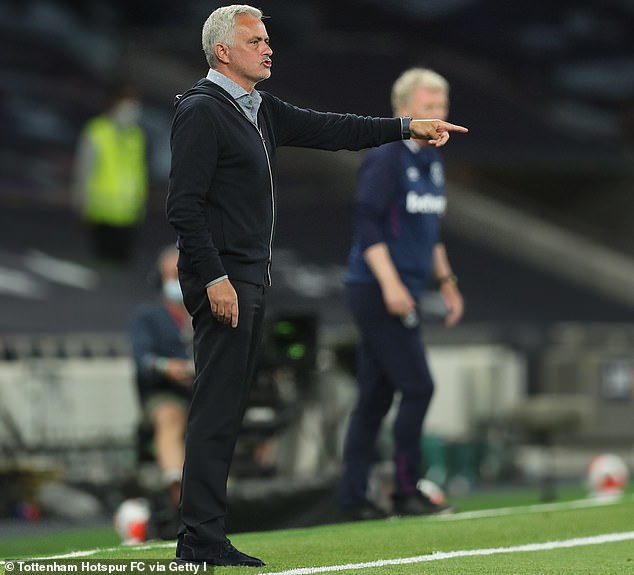 Mourinho and Spurs have two games of the season left, starting against Leicester on Sunday

Lamela says the Europa League is the number one target now. ‘We need to play another European competition. It’s something very important for the club, for the fans, for the players, for the staff, for everyone.

‘It already feels bad that we are not in the Champions League. But we need to accept it and try to go to the Europa League.

‘Unfortunately our season wasn’t the best, and it took too long to find the situation we are in now that we are winning and starting to feel better.

‘Now we have two games and we need to win both and try to play Europa League. Let’s see.’