‘It takes time, you cannot force it’: Erik ten Hag calls for patience after his bold call to bench Cristiano Ronaldo in defeat by Brighton… as he says the wantaway star ‘has to do more to get fit’

The Red Devils made a disappointing start to their Premier League campaign with a 2-1 home defeat to Graham Potter’s side, who put United two goals down at the end of the first-half.

Ronaldo, who missed out on most of pre-season after expressing his desire to exit Old Trafford, came on in the second-half to help United claw one back.

After the match, Ten Hag urged his Portuguese superstar to ‘do more’ to get up to full fitness.

The Dutchman told Sky Sports: ‘It takes time, you cannot force it. He is one week in training.

‘He has to do more to get fit. This game will help and he will be better next week.’ 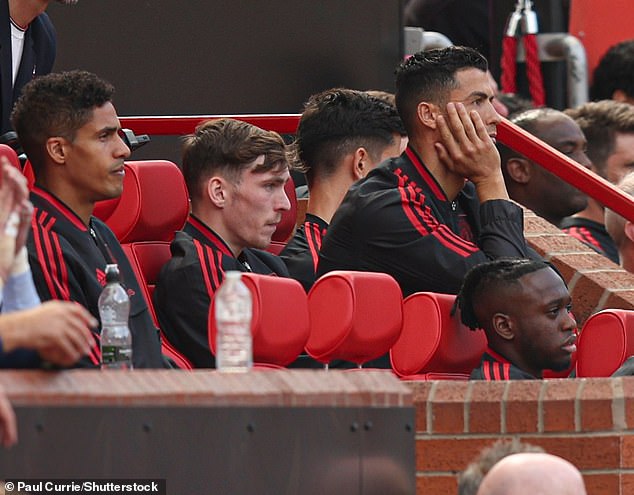 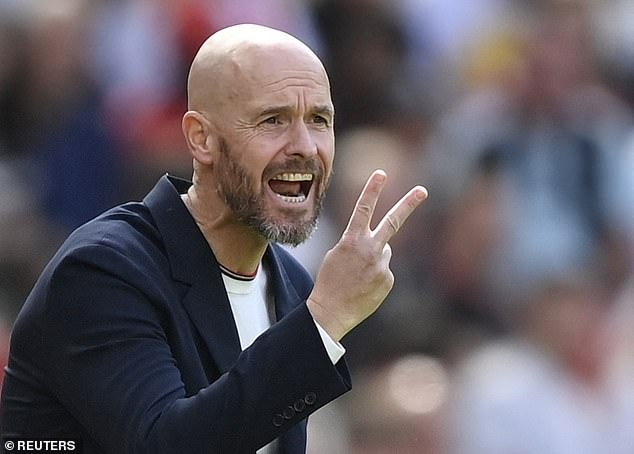 The Red Devils manager preferred the shape of his United side after Ronaldo’s introduction, with creative new playmaker Christian Eriksen able to drop deeper into midfield.

‘It was clear to see in the second half we were better in the midfield,’ he said. ‘Christian Eriksen down and Cristiano Ronaldo up.

‘We created and had really good chances. It is a pity we didn’t score them.’