Cristiano Ronaldo’s goal scoring return for Manchester United won’t guarantee him a place in the team to face West Ham at Old Trafford on Sunday – but manager Erik ten Hag still believes the Portugal star can reach the 20 mark again this season.

Ten Hag recalled Ronaldo to the line-up against Sheriff Tiraspol in the Europa League on Thursday night after banishing him from the first-team for refusing to come on as a substitute against Tottenham a week earlier and leaving Old Trafford early.

The 37-year-old scored a late goal to complete United’s 3-0 win with his third of the season, but missed a number of other chances and is still some way short of the 24 he hit last term. 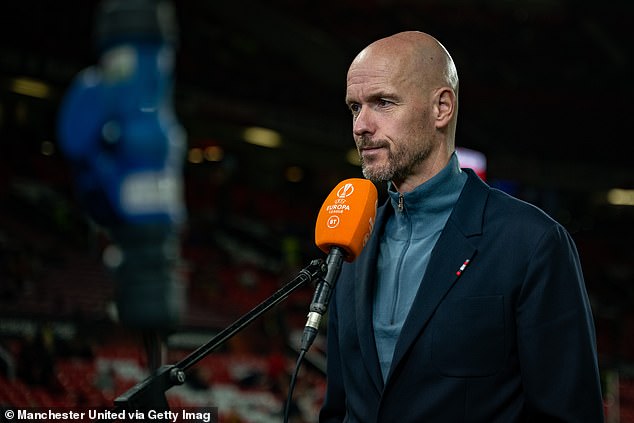 Ten Hag was reluctant to say if the former Real Madrid and Juventus star had played his way into the line-up to face West Ham in the continued absence of Anthony Martial.

But the Dutchman backed Ronaldo to have another high-scoring season if he stays at United beyond January and takes the opportunities the team are creating for him.

Asked if Ronaldo can reach the heights of last season, Ten Hag said: ‘It’s up to him. But I think when you collect all the chances he creates, the team creates for him in the last weeks, you see he’s still capable to get in the right positions and he’s still capable of finishing them. I think it’s possible, yeah.’

Ten Hag played down the notion that he has one team for Europe and another for the Premier League, having given Ronaldo just two domestic starts. 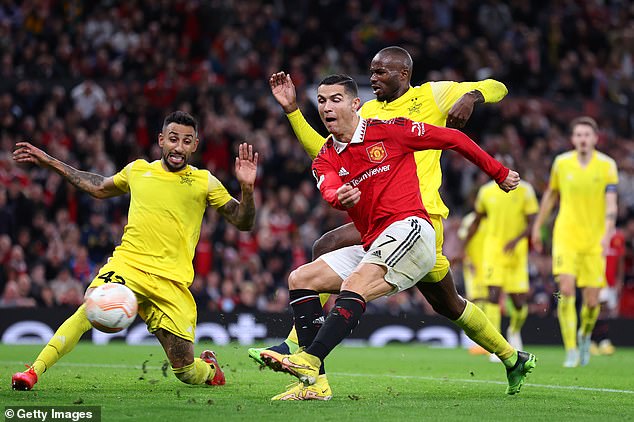 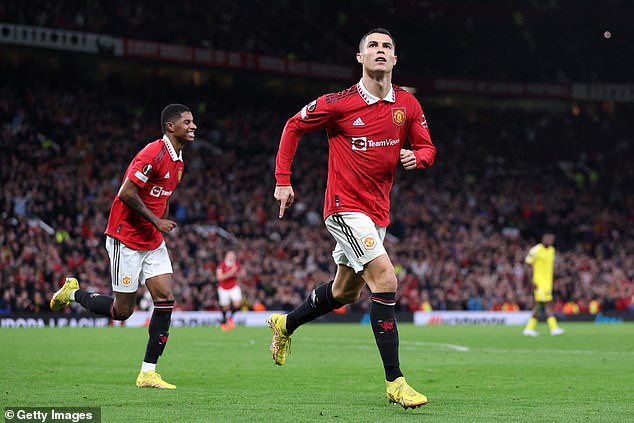 ‘I look at the opponent and what we need, what suits the opponent. Now I have to focus on West Ham for Sunday. We will pick the team to start, but also have a plan B or plan C in the pocket to win that game.

‘That’s what we need finally, to win games, and for that we not only need 11 players, we need the whole squad.’

With Ronaldo set to leave Old Trafford at the end of the season – or quite possibly in January – and Martial still sidelined with the third injury he has sustained since Ten Hag took over, United are expected to be in the market for a new striker in the summer. 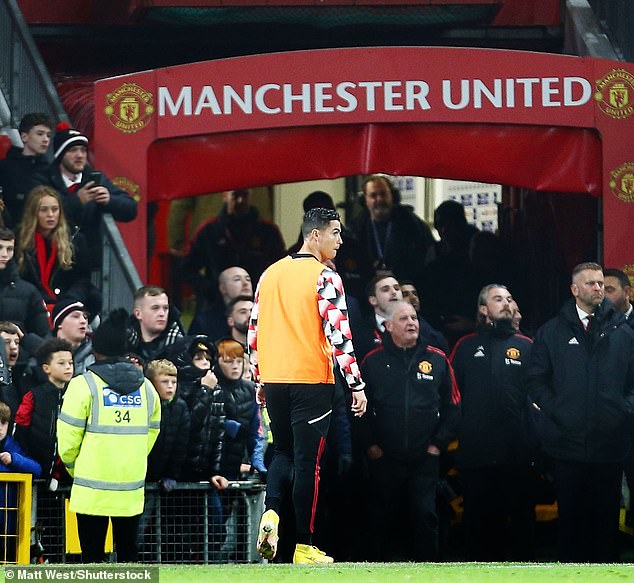