Erin McNaught puts on a leggy display while shopping

She’s a mother-of-two who regularly posts herself doing gruelling workout routines to her social media accounts.

And it all seems to be paying off for Canberra-born model Erin McNaught, 35, who showed off her bronzed pins and slender arms while shopping on the Gold Coast on Wednesday.

The model cut a casual figure pairing her denim pink hotpants with a pink sleeveless workout top and a pair of fluorescent green trainers and a sports watch.

Legs Eleven! Australian-born model Erin McNaught, 35, put on a leggy display while out shopping on the Gold Coast, the model’s slender arms were also heavily featured

In the image, the model is seen standing with her brunette hair in a half-bun and her face turned to one side with a cheeky expression.

she captioned the shot simply with: ‘Tunnel vision.’

On Boxing Day, the London-based model took to social media to share a video of herself and husband Example (real name Elliott Gleave) completing an intense workout while on a getaway to Hope Island. 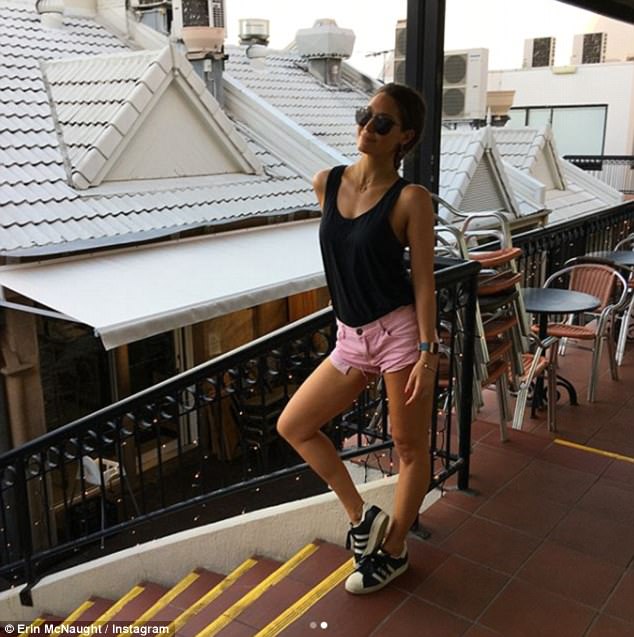 Home holiday! The model and her husband, UK rapper Example, have been enjoying an Australian holiday with their two children, the model regularly takes to Instagram to show off her toned limbs

Example, 40, is seen doing pull-ups at the beginning of the upload, with Erin tapping him on the shoulder to interrupt him.

‘Can you take the baby now please?’ she asks her husband in a quasi-British accent, with the veteran producer laughing in response. 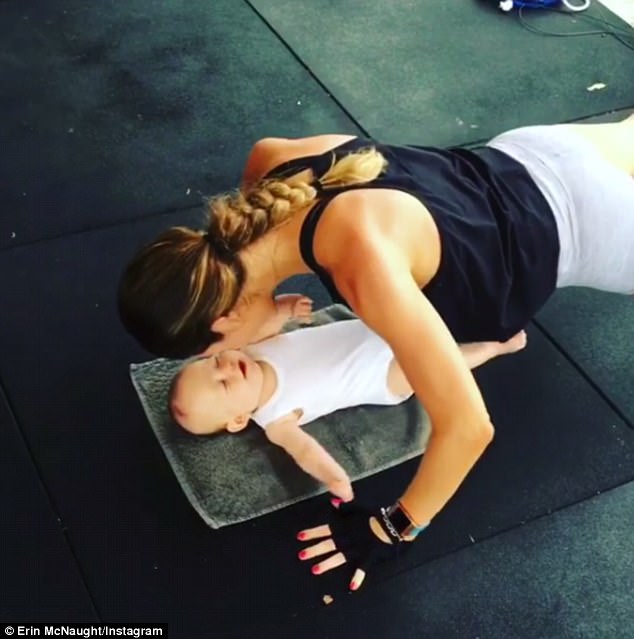 Fitness fanatic: On Boxing Day, the model, who is known to be a fitness fanatic, shared a video to social media showing the couple doing an intense workout

With her turn next, Erin vigorously used a Bosu ball to do a combination of alternating taps, plus tyre flips and a series of burpees and sumo squats.

In an adorable finish, the model attempted a number of push-ups over Ennio, kissing his nose each time she came close to face.

‘Push-up to baby kiss and embarrassing baby talk optional,’ she jokingly instructed her followers in the video’s caption. 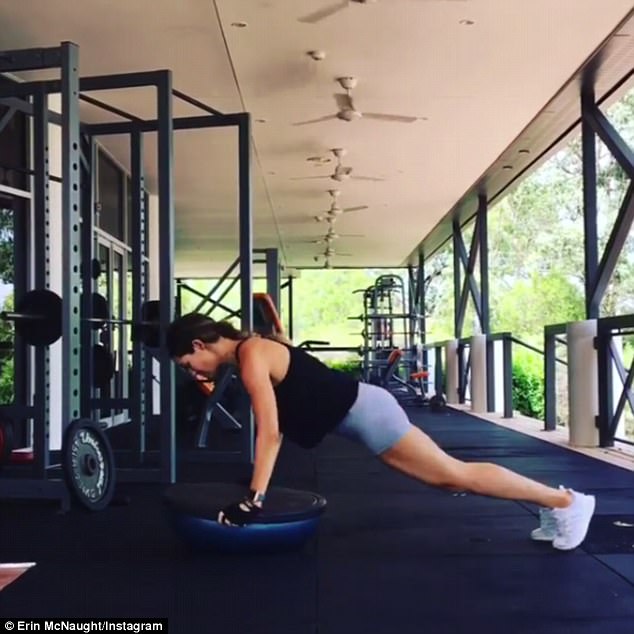 Slender: The workout included push-ups and burpees and was filmed while the pair were holidaying on Hope Island

‘I am exhausted just watching this,’ offered one supporter in the comments section.

‘The next time someone asks how you’ve ‘bounced back’ after having a baby, just direct them to this video. That’s some serious work. Love it,’ noted another.

‘You’re an inspiration to all mums out there!’ gushed one follower.

One fan remarked that the video made her feel ‘very unhealthy’, to which Erin responded: ‘Nooooo, I’m just a bit of a nut’. 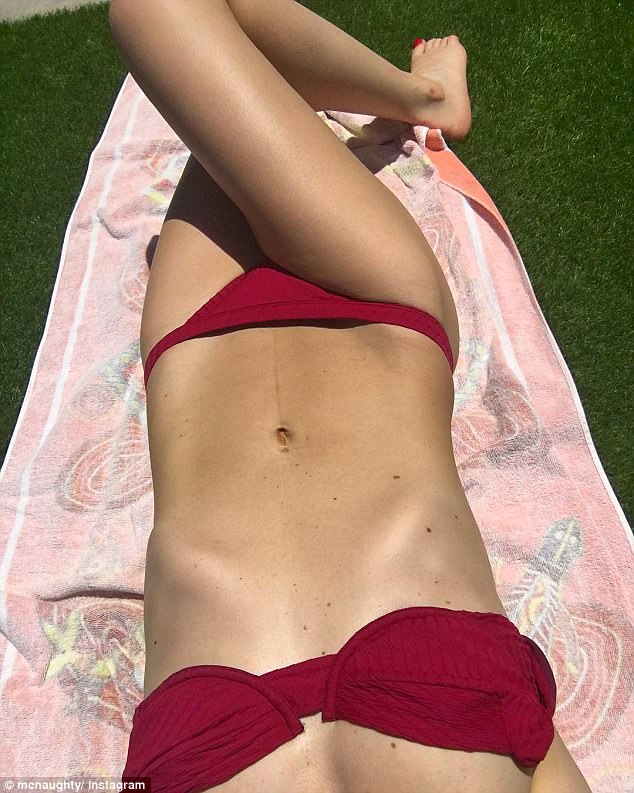 In shape: The model showed off her incredible bikini body earlier this month and has been open with fans about her journey getting back into shape