Erin Molan has been accused of laughing at an ‘objectively racist’ joke made by Paul ‘Fatty’ Vautin on the Footy Show during a court case where she is suing Daily Mail Australia for defamation.

Molan has alleged that the Daily Mail defamed her by allegedly portraying her as racist, callous and arrogant in an article and tweets about her saying ‘hooka looka mooka hooka fooka’ on Radio 2GB last June.

In its defence, the Mail has alleged that the meanings are substantially true except one and that her conduct on air was ‘objectively racist’.

Federal Court Justice Robert Bromwich on Friday heard lawyers argue about whether Molan should answer specific written questions ahead of a trial expected later this year.

One set of questions proposed by the Mail is about a June 1, 2017 episode of The Footy Show, according to a document tendered in court.

During that episode, an Indigenous member of the audience won $6,600 during a segment called ‘Pass for Pesos’, an affidavit by solicitor Paul Svilans said.

After the man won, the host Paul ‘Fatty Vautin’ told him: ‘All your relations in Cairns just went ‘how good, wait until he gets back, we’re having a drink,’ the court heard.

The man won $6,600 in a segment called ‘Pass for Pesos’ with Paul ‘Fatty’ Vautin wearing a sombrero and exaggerated moustache

‘After the making of the Vautin comments, the Indigenous man looked in silence at Mr Vautin,’ Mr Svilans alleged in the court document.

The document went on to allege that the comment was ‘objectively racist, mocked or stereotyped Indigenous persons’ and was likely ‘offensive.’

Molan ‘laughed’ after Vautin’s comments were made, allegedly signalling she approved or tolerated them, Mr Svilans’ affidavit said.

Barrister Matthew Richardson for Daily Mail Australia said the questions about the on-air moment were necessary and should be answered before the case goes to trial.

It was important to know if Molan had said ‘no, this shouldn’t have happened’ or had raised a complaint about what happened at the time.

‘In my submission that is a highly relevant piece of information that we would want to know,’ Mr Richardson said.

‘Equally if the position is she made no complaint Your Honour, that is something it would be useful to know prior to cross examination and prior to trial.’ 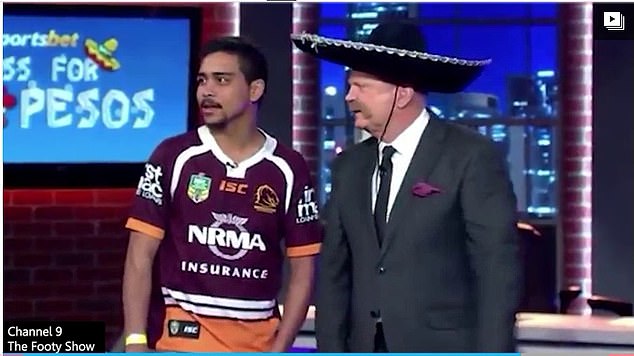 According to court documents, the Indigenous man ‘looked in silence at Mr Vautin’ following the remark, and Molan laughed afterwards 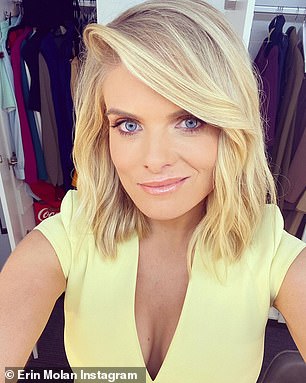 Erin Molan is suing Daily Mail Australia claiming an article about her saying ‘hooka looka mooka hooka’ on Radio 2GB allegedly portrayed her as racist. The Mail is defending the lawsuit

But Molan’s counsel Lyndelle Barnett said the ‘only conduct’ her client was accused of was ‘apparently laughing’ during the show.

Molan’s job, Ms Barnett said, was to ‘relate’ to other commentators and was in the context of a show put forward with a ‘degree of humour’.

‘It is an incredibly weak position to say that the applicant is racist merely because she laughed at a comment by someone else.

In response, Mr Richardson said: ‘What my learned friend says is her job is to laugh, she didn’t say the remark and therefore she’s not responsible

‘Well your honour, our submission … is that when these accents and obnoxious racial stereotyping occurs and the applicant either laughs or says things like ‘oh is that racist’ – that she’s complicit, that’s the case we make Your Honour.’

Justice Bromwich said the video would be broadcast before him. Generally speaking, he said laughter could be ‘anything from laughing at something completely unrelated to a wholehearted endorsement of the comment being made.’

‘I don’t know where it’s going to fall’. Molan’s lawyer Ms Barnett said laughter could come from ‘uncomfortableness at something that was said that shouldn’t have been’.

Molan is expected to be cross-examined at trial. Justice Bromwich has reserved his decision about the written questions until next week.