Channel Nine star Erin Molan has clarified her criticism of the AFL’s decision to back same-sex marriage, saying she believes the league should just ‘focus on finals footy’.

Ms Molan, a rugby league pundit and co-host of the NRL Footy Show, slammed the AFL’s decision to publicly support same-sex marriage and change the league’s logo to a ‘yes’ symbol this week.

But speaking on the Today Show in the wake of controversy about her comments the 35-year-old revealed she is a strong supporter of the ‘yes’ vote, but is standing by her comments that football and politics should not mix.

‘I am a very, very passionate supporter of marriage equality (and) I have made it very public that I will, and have already, voted “Yes”,’ Ms Molan began.

Channel Nine star Erin Molan (pictured) has clarified her criticism of the AFL’s decision to back same-sex marriage, saying she believes the league should just focus on ‘finals footy’ 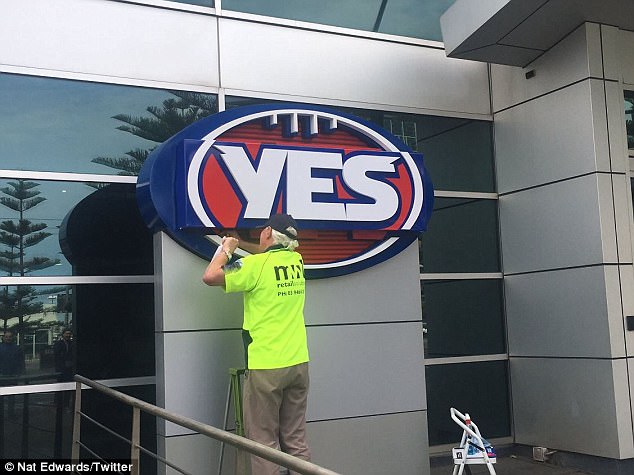 ‘I represent me and just me… other sporting codes represent thousands of people, some of who unfortunately didn’t agree.

‘We have a massive weekend of finals footy and the focus should be on that, that is my opinion.’

It comes after the ‘YES’ sign plastered over the AFL logo at its Melbourne office was taken down less than 24 hours after being put up, following widespread criticism.

Fans, past players and former coaches were in uproar on Wednesday after AFL boss Gillon McLachlan made the resounding declaration of support for marriage equality.

Triple premiership coach Mick Malthouse was among the high-profile AFL identities to slam what the league described as ‘strong statement’ on the issue.

‘The AFL will only polarise people and really has no right to be involved in the political world of marriage equality,’ Malthouse said, the Herald Sun reported. 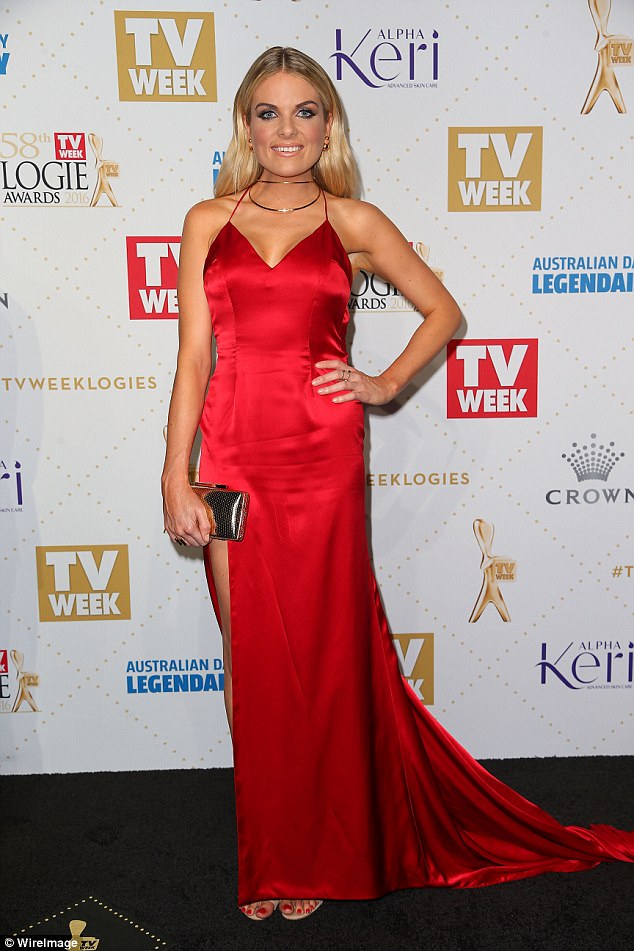 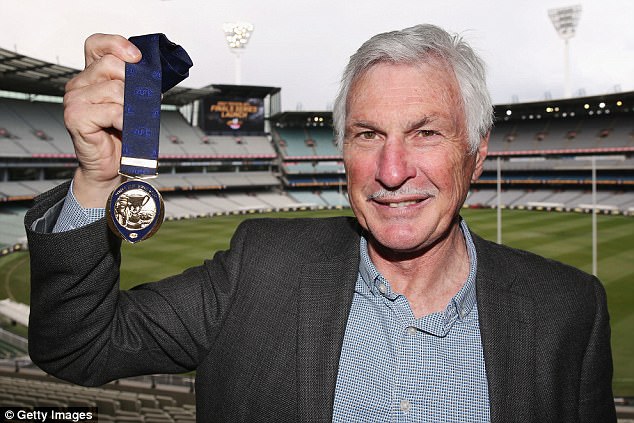 Several clubs have publicly supported same-sex marriage, but Carlton, while declaring themselves a ‘leader in engendering equality’, didn’t endorse a ‘yes’ vote.

‘As a club, we respect that this is about personal choice, and as such don’t intend to campaign on the issue,’ a club statement said after the ‘YES’ sign was erected.

‘But we do strongly reinforce our club’s absolute commitment to equality – and a community that is free from any form of discrimination.’

Collingwood premiership captain and AFL commentator Tony Shaw said the league should not be backing either campaign.

‘The thing that is horrible about this, is the yes vote now – everybody says it’s about unity and peace and love and all that,’ he told the paper.

‘But now it has become pretty ordinary. There’s a lot of vilification going around for people who are voting no.’ 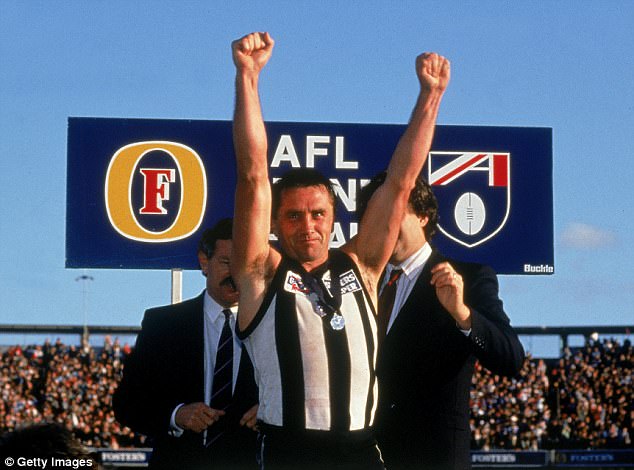 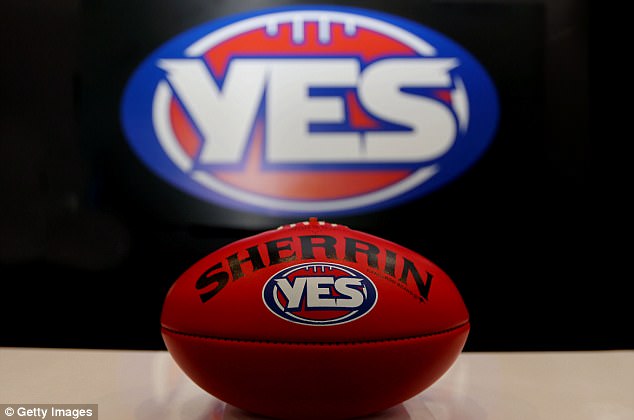 ‘Sport and politics – it shouldn’t mix to the point where one side is being pushed more than the other,’ Brown said.

‘It should be more of inclusiveness and everybody together, and I just think this issue’s become nasty.’

‘I think it is pointless, I think it will irritate people and I don’t want to be lectured to by the AFL,’ he said on 3aw.

‘I think it will annoy people more than achieve anything for the vote. People are getting sick of this approach, and I say this as a supporter of the ‘yes’ side.

Several clubs have publicly supported same-sex marriage, but Carlton, while declaring themselves a ‘leader in engendering equality’, didn’t endorse a yes vote 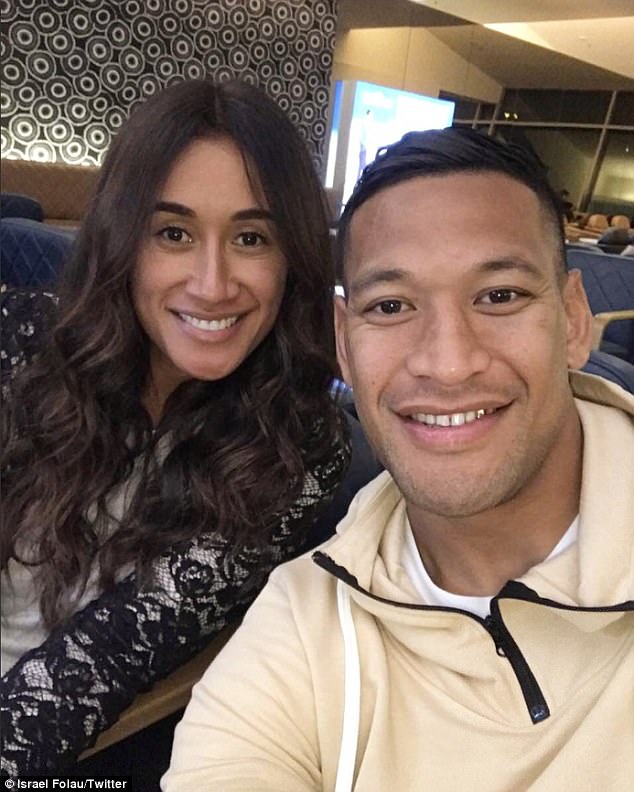 Wednesday’s sign change also caused a stir online, with hundreds arguing that the AFL should not be pushing a political agenda.

‘Just worry about the footy. You are not the UN. People go to the footy to enjoy and get involved in the game itself. Not same-sex marriage,’ one wrote.

‘Stick to sport, we love sport to get away from politics and personal opinions outside of sport,’ another said.

‘Sorry, but until you reject sponsorship dollars from Etihad Airlines, which is owned by a government that can punish same-sex sexual activity with death, this is pure tokenism,’ yet another wrote. 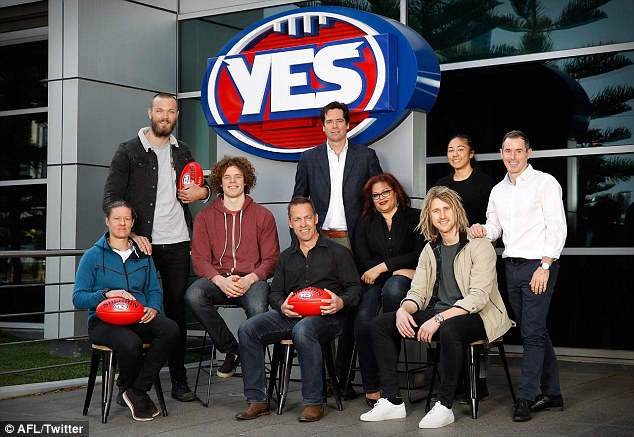 But many others firmly backed the league’s move.

‘Supporting equality means they promote inclusion in the game and that they support all their players from all backgrounds… good on them!’ one said.

Another wrote: ‘Brilliant AFL!! Of course the organisation should be seeking a world free of discrimination for ALL involved in this great game.’

It came after the AFL boss, whose pro-gay marriage views are well known, stressed the importance of the league’s support for the ‘yes’ campaign. 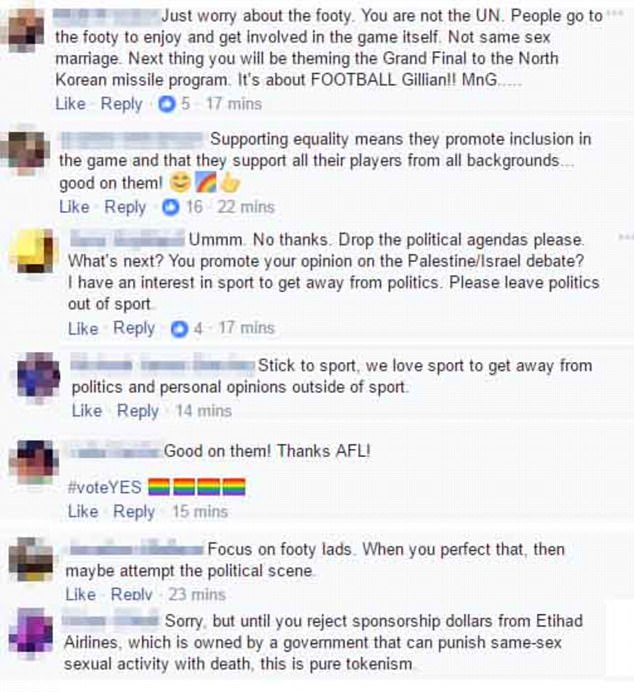 The move has caused a stir online, with many suggesting the league should not be pushing a political agenda. Others backed the move 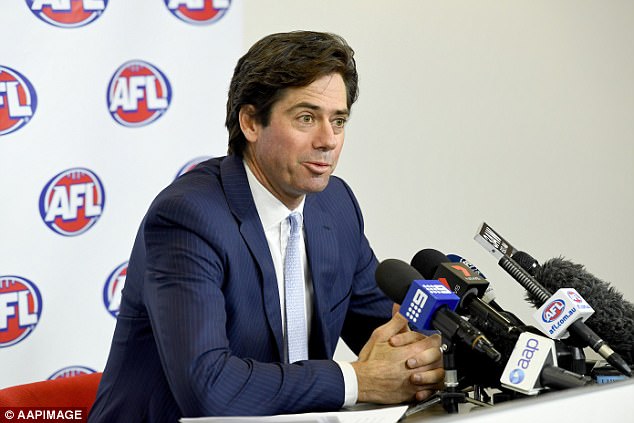 ‘This is an issue that means a lot to many of our players and many of my employees and a lot of people in the community,’ Mr McLachlan told Fox Footy on Tuesday.

‘I think our position is that we need to have a strong statement – even if it was only for our staff – but I think it’s broader than that.

‘People should get out and vote and have their view, but this something that actually talks to a core value of ours which is actual equality.’

An AFL spokesman told Daily Mail Australia the ‘YES’ sign at its headquarters was removed at close of business on Wednesday as it had planned. 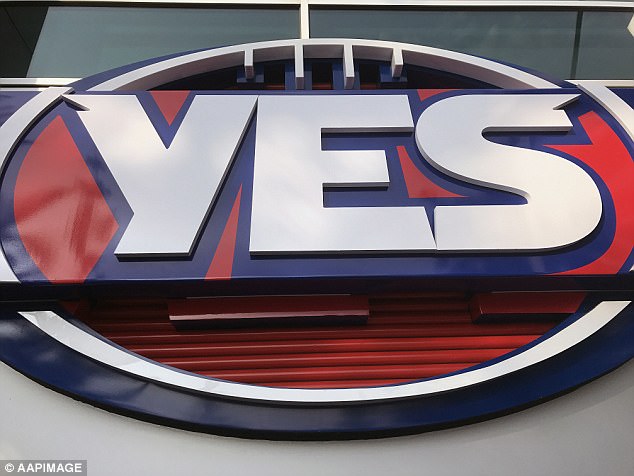