She went back to her role on the NRL Footy Show just six weeks after giving birth to her first daughter Eliza Emily Ogilvy in June.

And on Tuesday, Erin Molan shared a candid snap which documented her struggle to balance her TV gig with being a new mother.

Taking to Instagram, the 36-year-old was pictured in quite the juggling act, as she cradled her daughter with one arm to feed her while a make-up artist applied eye shadow at the same time.

‘Blessed to be able to combine being a mama with doing a job I love’: Erin Molan (pictured) juggles work and motherhood duties as feeds her 12-week-old daughter Eliza while getting her make-up done for her TV gig

‘Hair and make up looks a little different these days,’ Erin dryly remarked in the caption.

Erin, who went back to work six weeks after welcoming Eliza to the world, also expressed gratitude about having the chance to be a mother while still having a  career.

‘Blessed to be able to combine being a mama with doing a job I love,’ she continued alongside the photo where she appeared to be breastfeeding little Eliza. 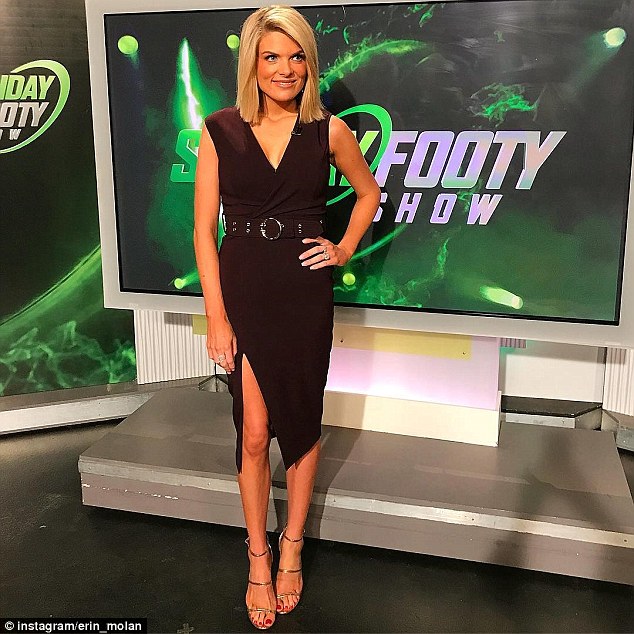 ‘Hair and make up looks a little different these days’: Erin, who gave birth to her daughter Eliza in June, made a small joke when she captioned the snap

She finished: ‘Thank you for your patience navigating around a feeding bubba.’

Erin, who shares the adorable youngster with her fiancé Sean Ogilvy, has been open about her journey back to her career following her daughter’s birth.

In July, the TV presenter was full of nerves and trepidation as she stood before the camera, telling fans that she missed her baby girl. 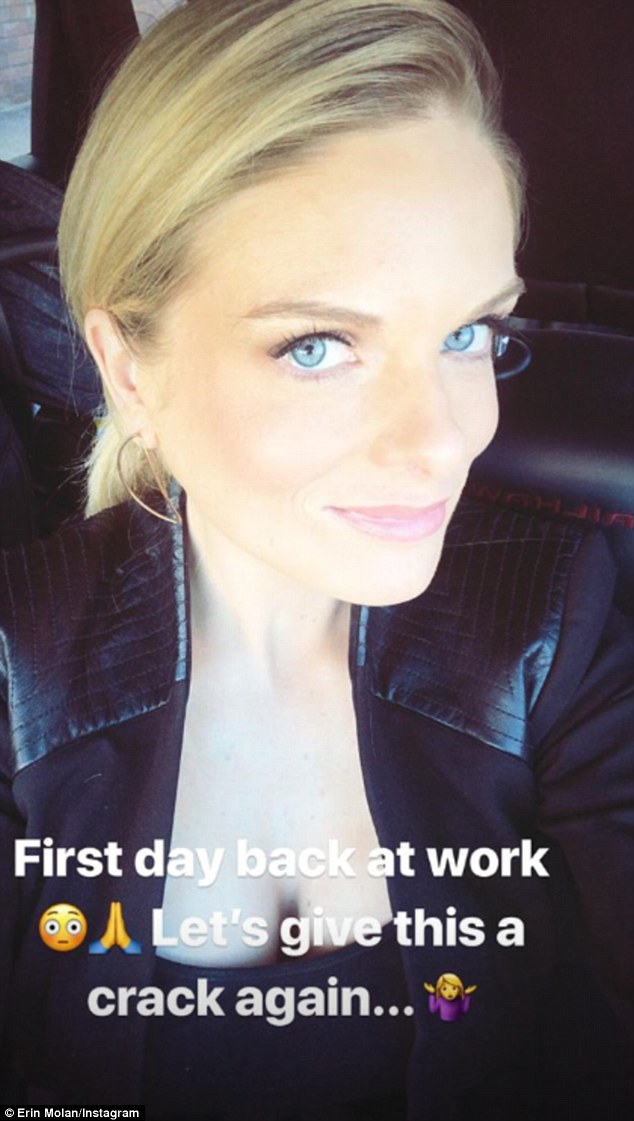 Back she goes: Erin has been open about documenting juggling motherhood with her career

Erin shared two images from her first day back, with one showing the sports reporter on her way to work.

She captioned it: ‘First day back at work. Let’s give this a crack again!’

A second image showed the blonde, in jeans, brown boots and a black jacket, on a sporting field, which she captioned ‘survived!’

Documenting her motherhood journey further, Erin let her Instagram fans know after the taping that she was nervous and missed her baby girl. 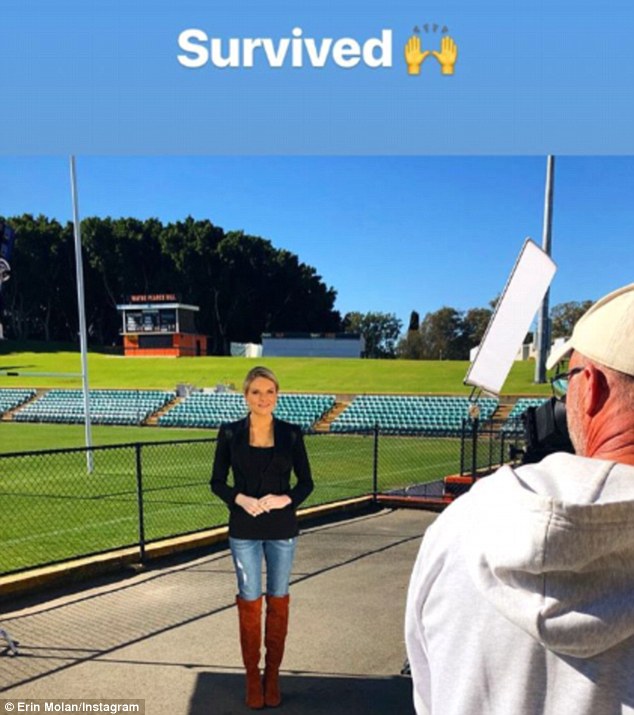 She did it! Erin revealed she would be going back to work six weeks after the birth of her daughter, with the popular blonde presenter right on schedule

‘I was a bit nervous and missed my girl terribly but felt great to get back into things too with wonderful and supportive colleagues.

Prior to the birth, Erin told The Sunday Telegraph she would return to work six weeks after Eliza arrived, and she was right on schedule.

Soon after the birth, the popular presenter shared a screenshot of her Google search history, proving she had babies on the brain.

Following the birth of her daughter, Erin has searched for: ‘Does onion flavour breast milk?’, ‘When do babies sleep through the night?’ and ‘newborn wind’. 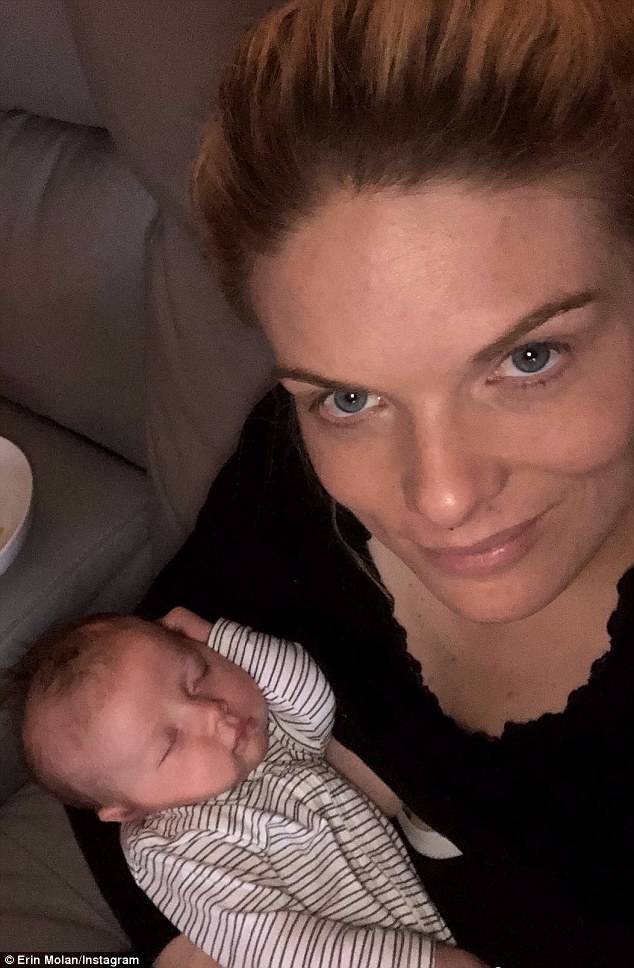 Mum’s the word: Erin has shared a lot of snaps showing her adorable newborn daughter, Eliza