Erling Haaland and Phil Foden forced to share the Player of the Match award but not the match ball!

Erling Haaland and Phil Foden were forced to share the Player of the Match award but not the match ball from Man City’s 6-3 win over rivals United.

The attacking duo ran riot for Pep Guardiola’s side on Sunday afternoon, as they both notched a hat-trick to embarrass their local rivals at the Etihad.

And in their interview after the game, the pair joked about splitting the post-match award in half before later sharing an image together – both with a signed match ball. 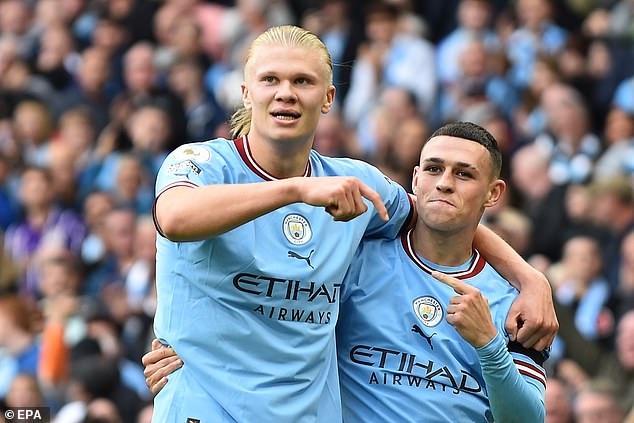 The frenzy for the post-match ball began almost immediately after the game against United, as Haaland headed towards the tunnel with the ball tucked under his arm.

City team-mate Ilkay Gundogan quickly ran over and knocked the ball out of the Norweigan’s grasp and into the path of Foden, who gladly accepted his first match ball of the season.

After the game, the duo were presented with a joint Player of the Match award which Haaland handed to Foden before suggesting: ‘We get one each, no?’

Though they will have to share that particular award, the duo did share a picture with two match balls shortly after full-time – both signed by their team-mates.

Erling Haaland & Phil Foden on who will get to keep the match ball after they both scored a hat-trick in the Manchester derby. pic.twitter.com/Ics1jT25CZ 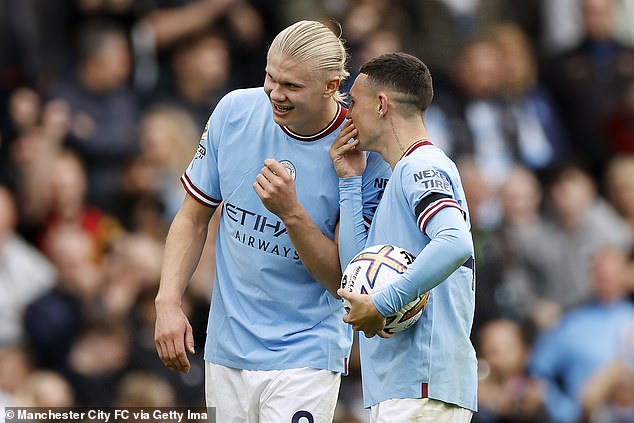 Haaland has settled in quickly since moving to Manchester and reiterated his enjoyment of playing with the City squad during his post-match interview.

He said: ‘Yeah, not bad! We scored six goals! What can I say. It’s amazing. To win at home, score six goals, it’s nice.

‘You can feel it all the time. You can see the passes we give each other. We always want to go forward and to attack.

‘It’s what I love about the team. In the end, it’s amazing. There is nothing more to say.’ 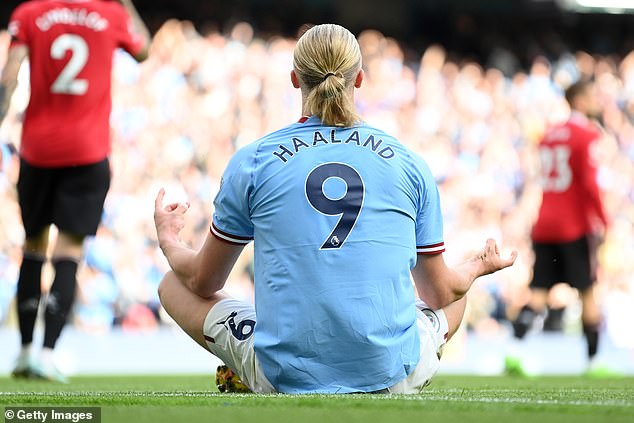 As a result of his own hat-trick, Foden made history as he reached 50 goals under Pep Guardiola at an even younger age than Lionel Messi did it at Barcelona.

The Norwegian forward is also the first City player to score a hat-trick against United since Francis Lee in December 1970 and the third overall after Horace Barnes in 1921.

The next test for Pep Guardiola’s side sees them host Danish outfit FC København in the Champions League on Wednesday.