Erling Haaland is earning close to £900,000 per week at Manchester City, Sportsmail has learned.

The Norwegian superstar, who has set the Premier League on fire since his £51m arrival from Borussia Dortmund, is picking up the staggering sum which makes him by far the highest-paid player in the country.

It is understood that the 22-year-old gets a basic salary which is in line with the other higher earners at the Etihad Stadium. However, a series of substantial, almost-guaranteed bonuses see his weekly wage surge beyond the £850,000 mark.

Manchester City superstar Erling Haaland is earning close to £900,000 per week at the club 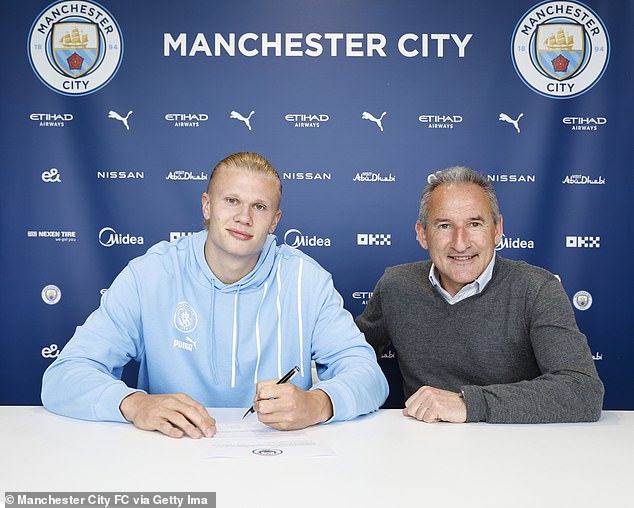 This newspaper revealed that City beat off competition from a host of clubs and agreed terms with representatives of the powerful striker in April.

The fee – relatively low thanks to a release clause in his contract with the German club – was seen as a bargain at the time for a player viewed as the hottest young talent in Europe.

Now – after a blistering start which has seen unplayable Haaland net a scarcely believable 19 goals in 12 games – it looks like the deal of the century. 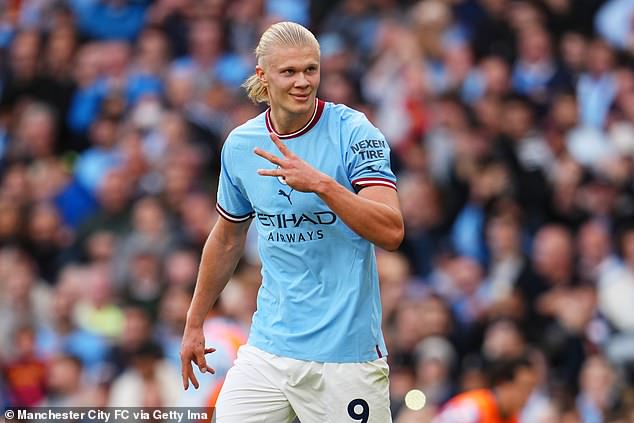 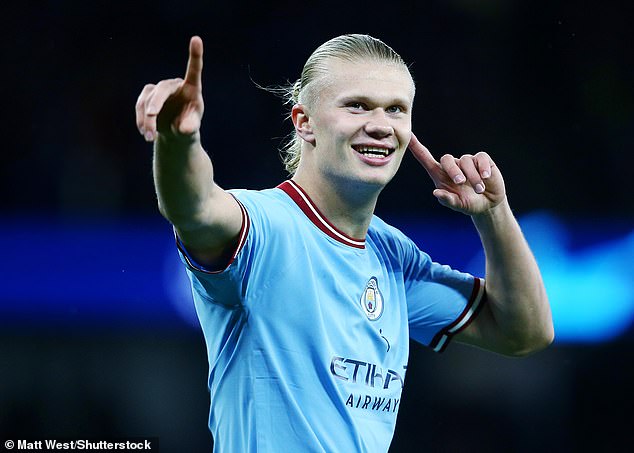 It also goes some way to explaining why officials at the Etihad were happy to sanction a mammoth salary for a man who is widely viewed as a game changer.

Thanks to a series of relatively straightforward bonuses, he is expected to pick up at least £45m (£865,000 a week) for a year’s work.

How that sum, which is apparently the talk of the agency world, goes down with other players remains to be seen, but few can argue with his impact. 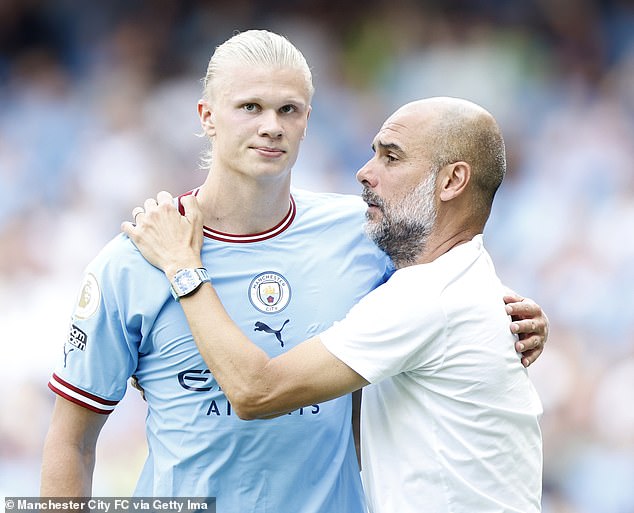 If Haaland keeps up his current scoring rate, he would finish the campaign with 67 goals

Haaland, who hit three successive home hat-tricks including one in Sunday’s a 6-3 derby demolition of Manchester United, is on course to smash existing records to pieces.

He already has 14 goals in eight Premier League matches at a scoring rate which, while highly unlikely, would see him finish the campaign with 67 goals.

On Wednesday night he hit two as City crushed Copenhagen 5-0 in the Champions League.