‘He looks complete as a striker… he just scores every type of goal’: Erling Haaland praised by Jermaine Jenas and Owen Hargreaves after firing Borussia Dortmund to victory over PSG in Champions League last-16

Former England internationals Jermaine Jenas and Owen Hargreaves were full of praise for Erling Braut Haaland after he scored a brace in Borussia Dortmund’s 2-1 victory over Paris Saint-Germain.

The 19-year-old showed lightning quick reactions on 69 minutes when he latched onto Raphael Gerreiro’s shot and stabbed into the roof of the net to give Dortmund the lead in the Champions League last-16 clash.

Neymar levelled on 75 minutes against the run of play but Haaland responded just two minutes later, firing an unstoppable effort into the roof of the net from 20 yards.

The Norwegian has become the quickest man to score 10 Champions League goals, reaching the milestone in just seven matches.

Jenas told BT Sport: ‘He looks complete as a striker. He’s got the size and he upsets defenders with how strong he is. He hits the ball so hard he doesn’t give goalkeepers a chance.

‘He just scores every type of goal. He’s got that knack and you can’t really coach that. His numbers are off the charts.’ 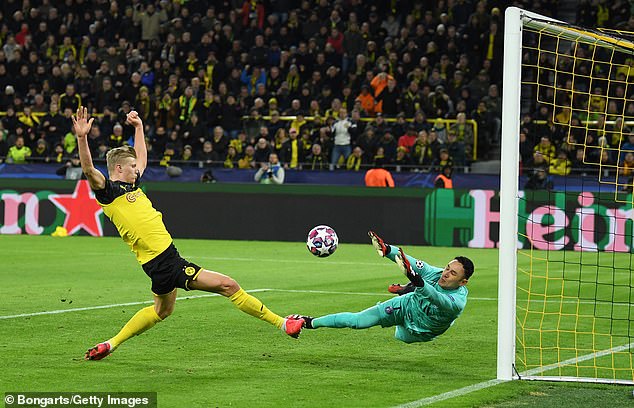 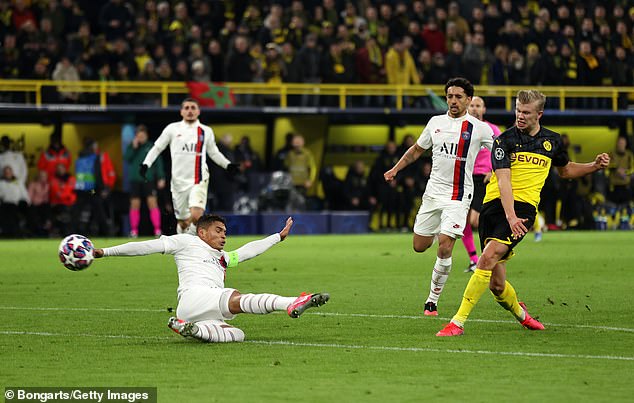 ‘He might be 19 but he’s a lethal finisher. The players that they have in there are not just young but they’re going to be the world’s best very soon.’

The Leeds-born forward has scored 35 goals in 29 appearances this season, and his Signal Iduna Park brace could prove vital, giving Dortmund an invaluable lead ahead of the second leg in Paris on 11 March.