‘Time to bring on Sancho’: Erling Haaland takes to Twitter calling for England to throw on his Borussia Dortmund team-mate to unlock Germany after gritty first half in the Euro 2020 clash at Wembley

Erling Haaland has taken to Twitter to call on Gareth Southgate to bring on his Borussia Dortmund team-mate Jadon Sancho for the second half aganist Germany.

England played out a tense opening 45 minutes at Wembley and struggled to break down a resolute German defence, with Mats Hummels making an important block to deny Harry Kane just before half-time.

Haaland believes Sancho could bring more creatitvity to the Three Lions and took to Twitter to call on Southgate to make a substitution.

Time to bring on Sancho… 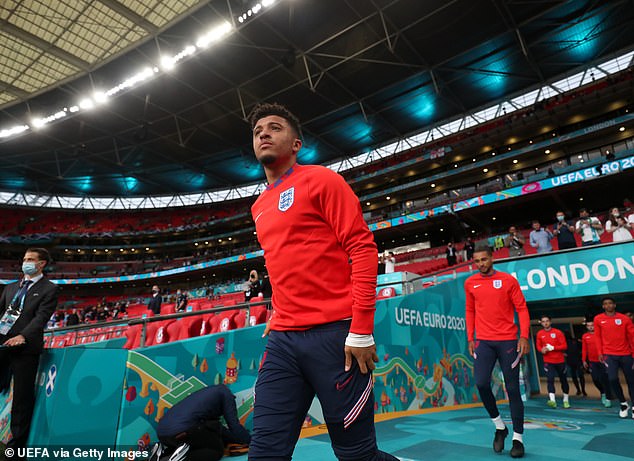 The forward simply tweeted: ‘Time to bring on Sancho…’

Sancho has only played six minutes of football at the Euro 2020, with the winger coming off the bench in the 84th minute against the Czech Republic.

The 21-year-old was left out of the squad entirely for the first game against Croatia and was an unused substitute against Scotland. 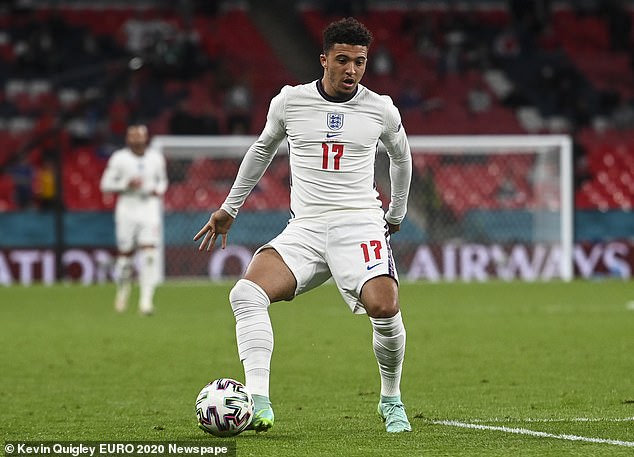 Bukayo Saka and Raheem Sterling were preferred to the Dortmund winger from the start against Germany while Phil Foden and Jack Grealish are more likely to come off the bench if England require a goal.

Fans and pundits in Germany have been left surprised by Sancho’s lack of game time for England, given his impressive form in the Bundesliga over the last two seasons.

Former German World Cup winner Lothar Matthaus joked that he should apply for a German passport if he continues to be sidelined by England. 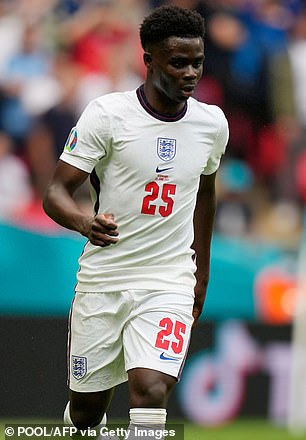 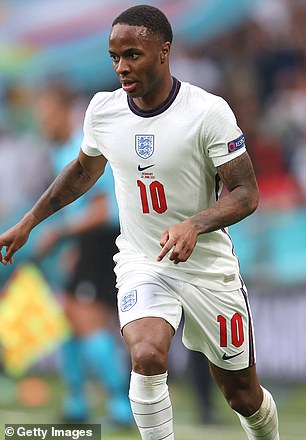 ‘He was one of the best players in the Bundesliga for the last two years,’ he said.

‘If he is not good enough for England, we would like to give him a German passport.

‘It has surprised many in Germany.’

Sancho scored 16 goals and made 20 assists for Dortmund last season.

His time in Germany looks to be close to coming to an end with Manchester United set to to pay Dortmund’s £77million asking price to bring him to Old Trafford.