Barcelona manager Ernesto Valverde has hailed Lautaro Martinez as a ‘great player’, with the Inter Milan striker reportedly a transfer target for the club.

Inter host Valverde’s side on Tuesday night in the Champions League and the Argentine forward has been on sensational form this season.

The 22-year-old’s displays have drawn admiring glances from the Nou Camp and he is seen by some as a long-term successor to Luis Suarez.

‘He is a great player and he’s having a great season. He is quick and strong,’ Valverde said.

‘He scored a great goal in the first game at the Camp Nou. I know he is comfortable with [Romelu] Lukaku, they’ve found the right mechanism to help Inter.

‘As for Lautaro being similar to Luis Suarez, they are a little different but both are born goalscorers.

‘But Inter have so many good players, Lautaro, Lukaku, [Milan] Skriniar…’ 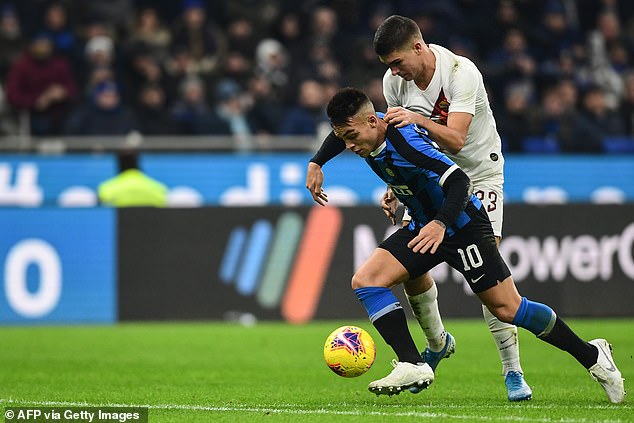 Martinez has scored 13 goals for Antonio Conte’s side so far this season and his combination with Lukaku up front has tormented defences.

Inter fans will hope that he can make the difference on Tuesday night with qualification for the knockout stages still not assured.

Both Inter and Borussia Dortmund are level on seven points with Barcelona already having sealed progression to the last 16. 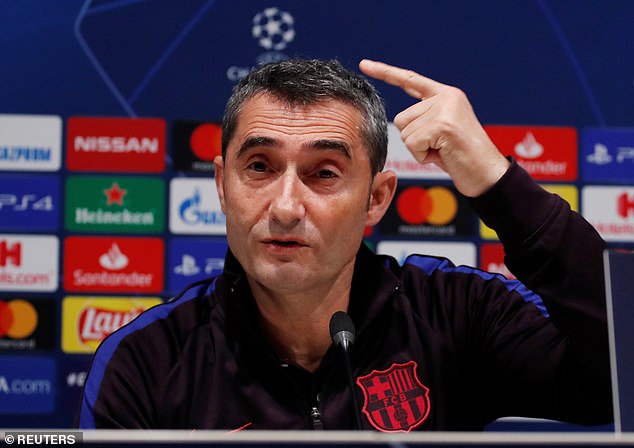