‘We haven’t got through yet’: Ernesto Valverde issues warning to his players after Barcelona beat Liverpool in Champions League semi-final first leg

After Barcelona produced a late blitz to pull off a stunning 3-0 win over Liverpool in their Champions League semi-final first leg, coach Ernesto Valverde warned his side’s place in the competition’s final was far from assured.

A goal from Luis Suarez and two second-half strikes from Lionel Messi, the latter the Argentine’s 600th goal for Barca, gave the Catalans a dream victory in front of 98,000 fans at raucous Nou Camp despite an admirable display from Liverpool.

But Valverde pointed to his team’s sensational exit from last year’s competition to AS Roma after a 4-1 cushion from the first leg and said they would be taking nothing for granted in Tuesday’s return game at Anfield.

‘We won’t go there with precautions but experience must count for something,’ said Valverde, whose side exited last year’s competition after losing 3-0 at Roma.

‘We saw how Liverpool manage games and the pace with which they play, and we cannot forget that we can’t afford to feel extra confident. The tie is still open and we haven’t got through yet.’

Liverpool had scored seven goals in their last two Champions League away games against Bayern Munich and Porto and despite falling behind to a strike from their former forward Suarez, they showed huge ambition in attack.

‘We cannot lie, it’s always a good result when you win and your opponent doesn’t score, but we suffered, there are still 90 minutes to go and while we were able to score they could have done so too,’ Valverde added.

‘They were better than us for some spells and we know what awaits us over there.

‘I see a team that has the ability to make any team suffer. Last year we had a three-goal advantage and we were knocked out. We’ve picked up a great result but the tie isn’t over.’ 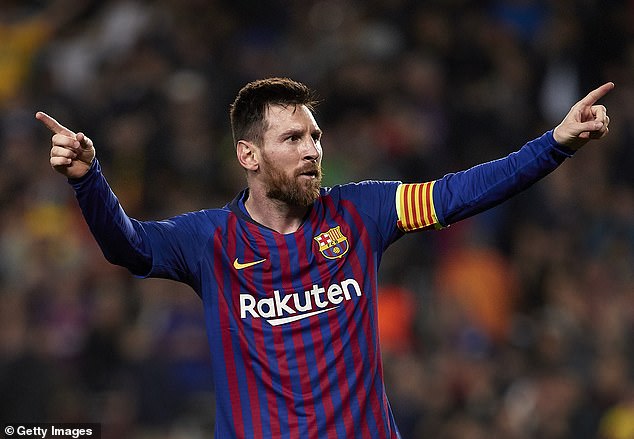 ‘We had to suffer a lot tonight and we coped well with it but there are still 90 minutes to go and we have to finish the job over there,’ the Chilean said.

‘We have to respect Liverpool a lot because they are a great team and we’re convinced that things will be much harder over at their place than tonight.’