The Great Outdoors host this week posted a screenshot of one particularly vile message he was sent which featured a threat against Dingo’s young twin sons.

‘You just participated in the biggest massacre in Australian history since 1970,’ the message began.

The message featured a racist remark and a threat that his twin sons would ‘fade away’.

‘Your precious twins will suffer and you will live to watch them fade away. So shall it be!’

Dingo shared the conversation to Twitter on Thursday with the caption ‘just when you think those f***tards go any lower, they do’.

The television star has been making his way through remote Indigenous communities in Western Australia in an attempt to boost vaccination rates.

The 65-year-old is no stranger to racial and online abuse since joining the government’s Vax the Outback campaign, which has seen him travel from Perth to Pilbara speaking to elders and Indigenous groups.

Speaking about the campaign, the actor said he wanted communities to feel ready to roll up their sleeves.

‘I’ll be having a cuppa and a yarn with countrymen over brekkie barbecues, listening to their concerns and encouraging them to be ready for the jab when the health teams come through the towns again,’ he said at the campaign launch. 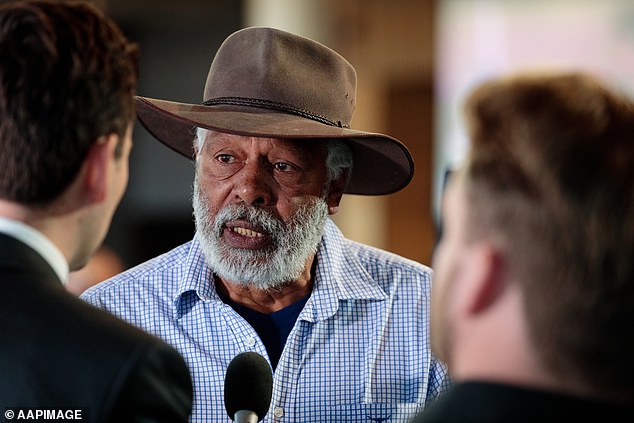 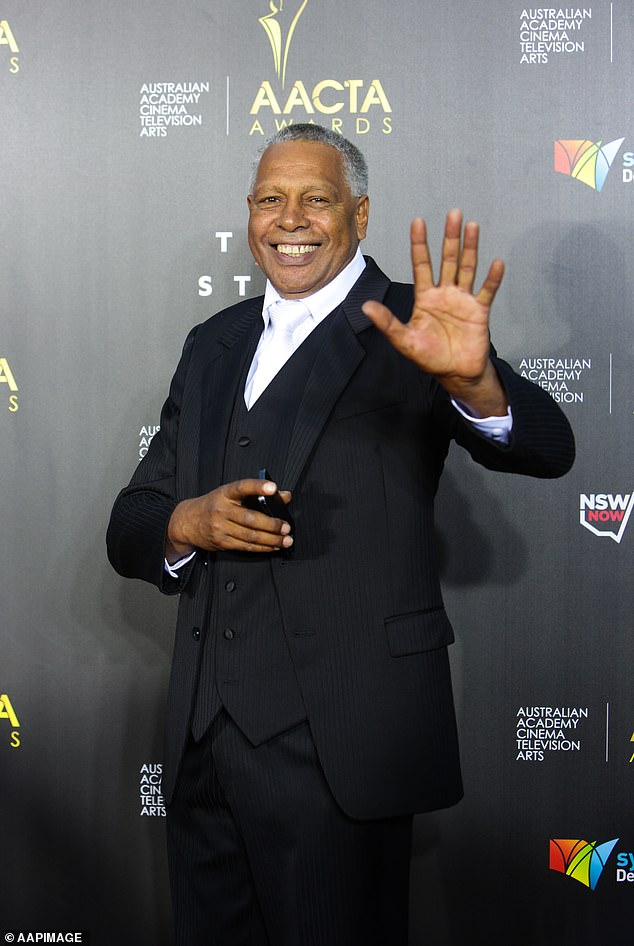 Dingo has been on the receiving end of vile messages from anti-vaxxers. He is pictured above at the 2014 AACTA awards

‘It’s about knowledge, about making our communities feel ready for the vaccine when it comes around.

‘I’ll also be out there with the BushTV crew filming it all, getting on Indigenous radio waves, and driving home that message – that to protect ourselves, our families, our elders and communities we’ve all got to get vaccinated.’

Last year, medical journal The Lancet reported that Indigenous Australians have an increased risk of Covid-19 due to existing health and socioeconomic inequities.

Vaccination rates for Indigenous Western Australians are currently at 39 per cent double dosed, while 73 per cent of non-Indigenous residents in the state are fully vaxxed.