Singer Erykah Badu has apologized to the Obamas for being a ‘terrible guest’ after sharing unauthorized photos from Barack’s 60th birthday bash held at Martha’s Vineyard.

The On & On star posted social media snaps of a mask-free Barack and Michelle, 57, dancing around hundreds of guests – that the former President will have no doubt wanted to have been kept private.

‘Mr. And Mrs. Obama, Please forgive me 4 being the ‘terrible guest’ at such a sacred event for your family,’ the 50-year-old Grammy winner tweeted on Thursday.

Sorry: Erykah Badu apologizes to the Obamas for being THAT ‘terrible guest’ who sparked backlash by sharing maskless party snaps of Barack dancing at Martha’s Vineyard

‘I was so inconsiderate,’ Badu went on adding: ‘Thank you for all your love. What an example of ‘how NOT’ to be.’

She has since removed the pictures from her social media account of the luau-themed party, that had been scaled back from 500 to 200 guests amid concerns over the spread of coronavirus. 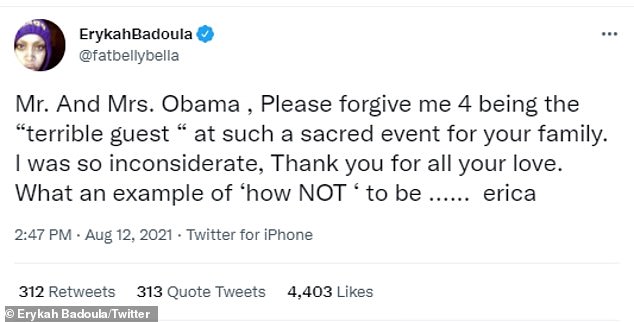 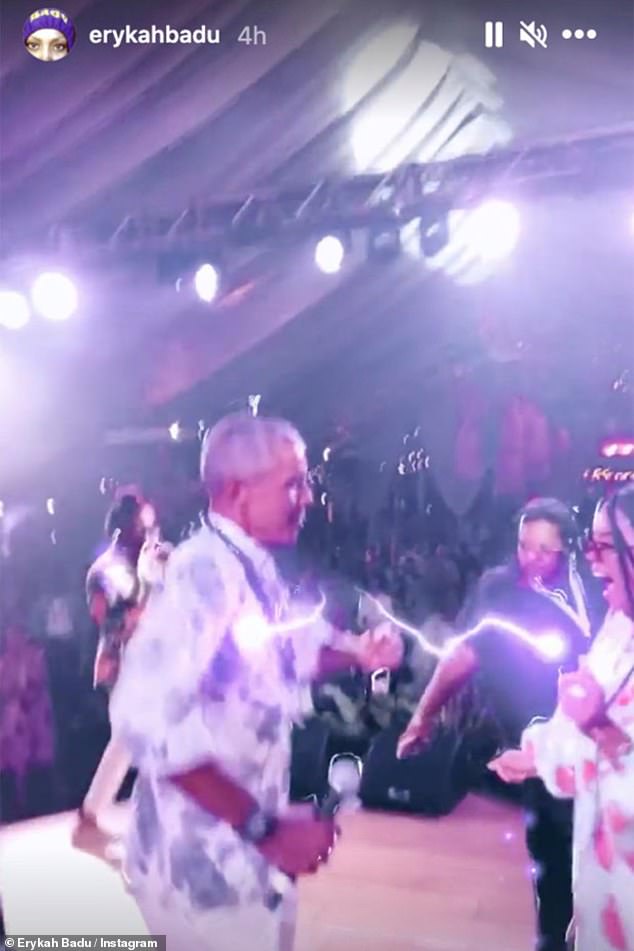 Trouble: While the former president’s back was turned, she managed to take a selfie video capturing Obama fully in the frame, which she then posted directly to Instagram 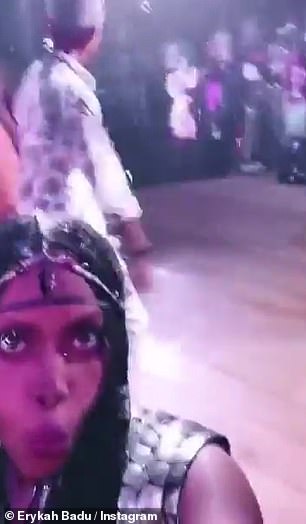 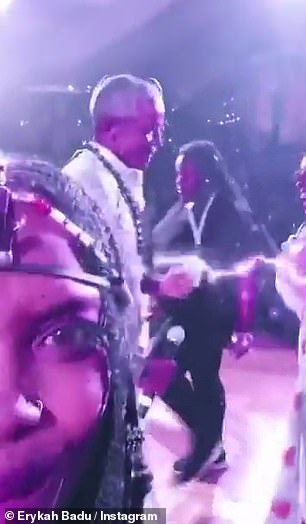 However, it wasn’t long before Badu’s footage had sparked outrage on Twitter, with the hashtag #ObamaVarient being used on posts citing hypocrisy over the event.

‘Every American, no matter party, should be outraged at this “let them eat cake” moment, but instead, their simpleminded sycophants justify the blatant hypocrisy,’ one angry user tweeted. 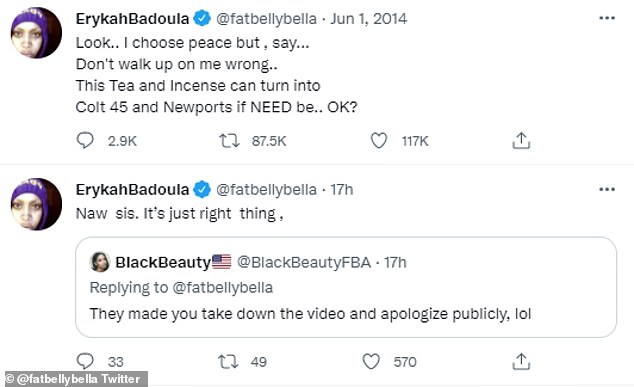 One Twitter user suggested that the Obamas had forced Badu to take down the footage and apologize, but the singer later clarified that it was just the ‘right thing’ to do 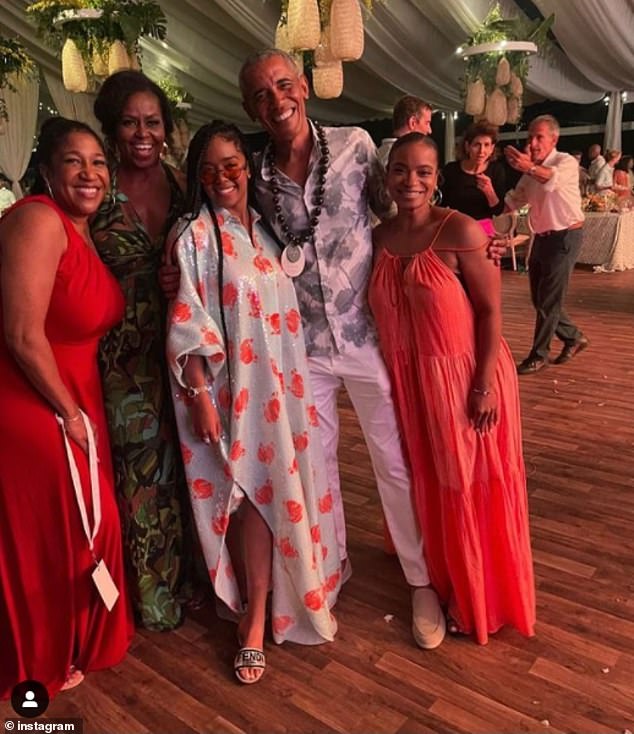 She wasn’t the only one: Singer H.E.R. also posted this snap with with Barack and Michelle Obama, her manager Jeanine McClean (far left) and another partygoer 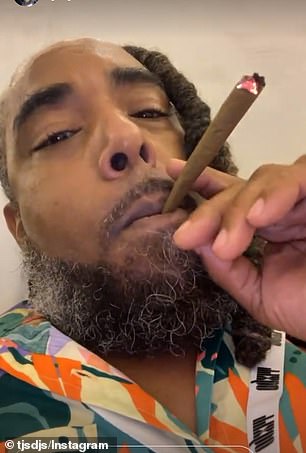 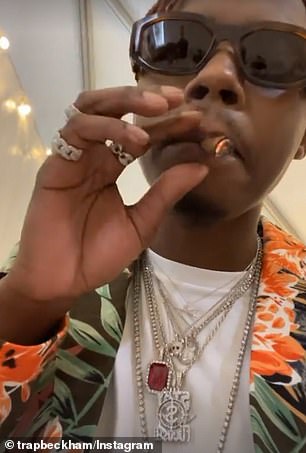 TJ Chapman (left) and the DJ/musician he manages, Trap Beckham (right), managed to shoot footage and snap photos at the event while talking to their followers as party unfolded, with both appearing to smoke cannabis

One Twitter user suggested that the Obamas had forced Badu to take down the footage and apologize, but the singer later clarified that it was just the ‘right thing’ to do.

The singer signed off with an apology using her government name Erica.

In her video, Obama could be seen holding a microphone and strutting his stuff in the middle of the raised dance floor.

Obama could seen wearing an untucked, light grey patterned shirt and white pants together with some black beads around his neck as he made his way across the floor, to cheers from gathered guests. 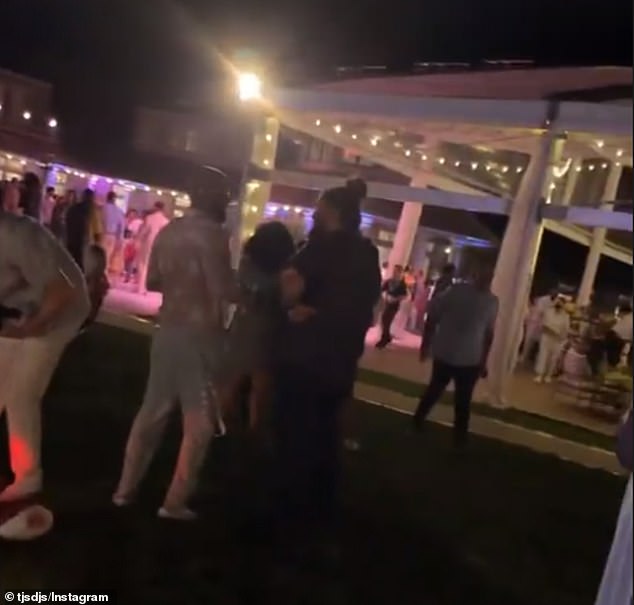 Guests could be seen mingling outside of the tents late into the night as the party got into full swing. The house can be seen in the background, together with purple lighting 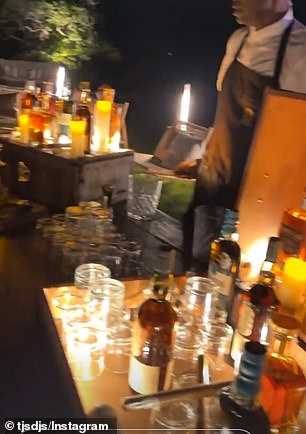 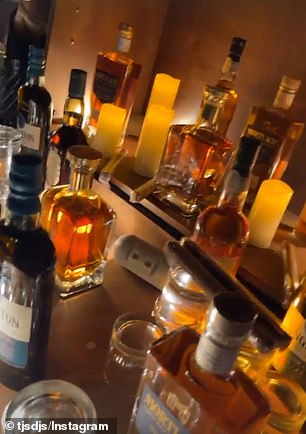 TJ Chapman, manager for musician Trap Beckham, posted Instagram stories of some of the amazing food and drink at the birthday party for President Barack Obama in Martha’s Vineyard 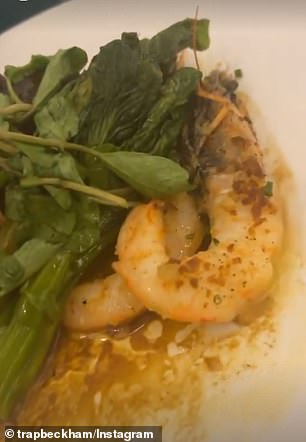 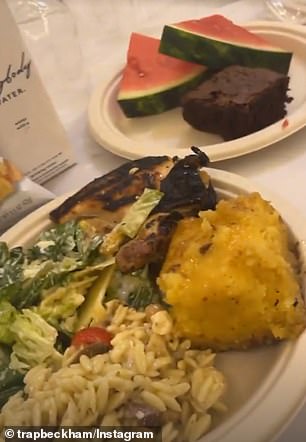 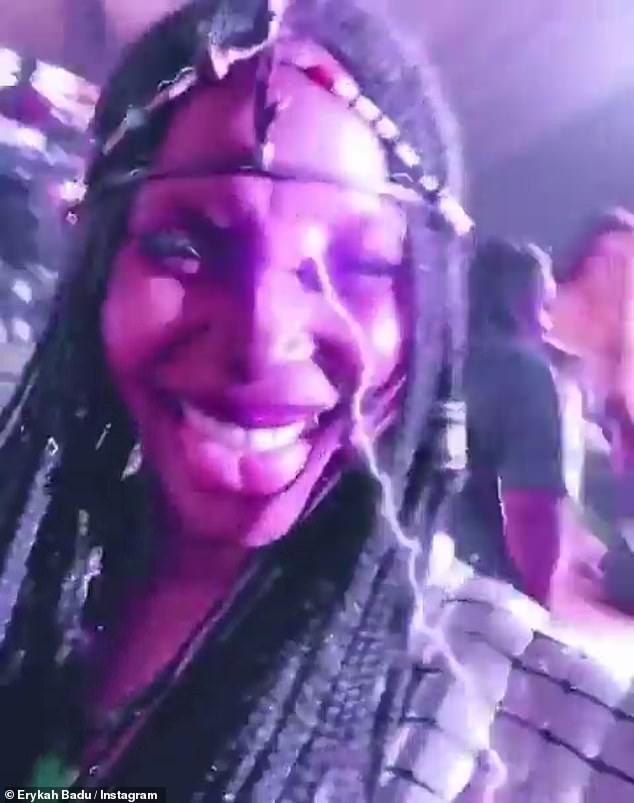 Causing controversy: Erykah’s posts got her into trouble 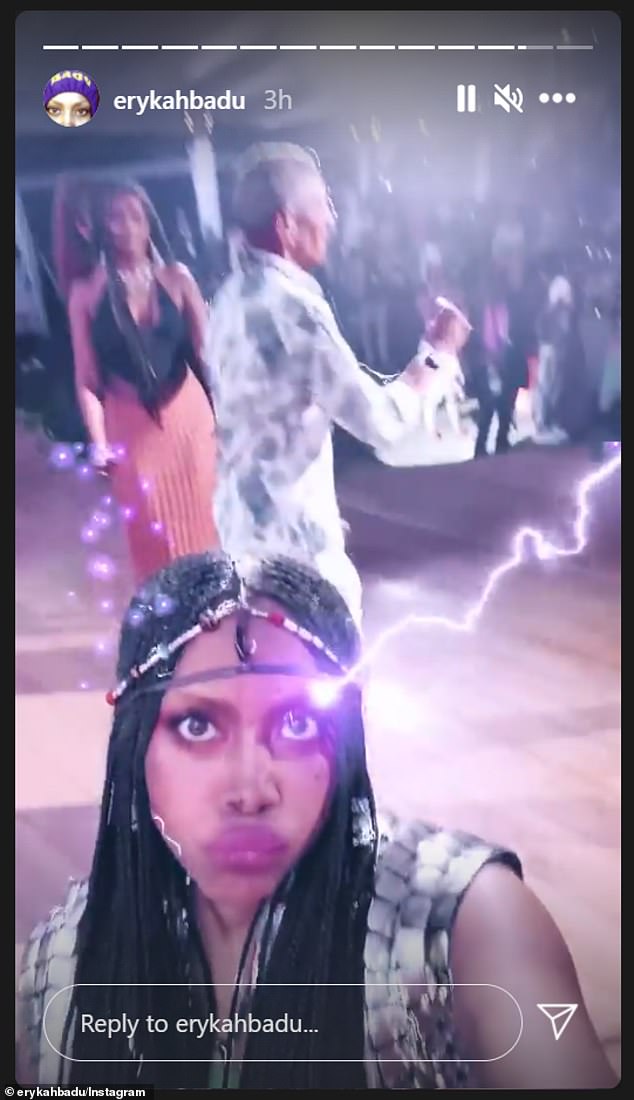 Not the only one: Other guests at the event also shared snaps that spread like wildfire

Badu had been performing with members of her band and managed to convince Obama to get on stage as part of the celebration.

While the president’s back was turned, she managed to take a selfie video capturing Obama fully in the frame, which she then posted directly to Instagram.

Badu gave a cheeky smile to the camera as she did so, perhaps knowing that such photography had been banned.

Huge crowds of people could be seen in the background, despite Obama insisting the event had been scaled back because of the spread of the Indian Delta variant of Covid.

One staff member told DailyMail.com that 300-400 people were in attendance.

Singer H.E.R. – real name Gabriella Sarmiento Wilson, 24 – posted a photo to Instagram and Twitter of her with her manager Jeanine McClean and the Obamas.