Former ESPN sports broadcaster Allison Williams told Tucker Carlson she was forced out of the company for refusing to comply with the vaccine mandate- which the company said ‘would cause undue hardship.’

Williams made an appearance on Tucker Carlson Tonight Wednesday night to discuss why she ‘made the most difficult decision’ of her life and chose to leave ESPN.

The former ESPN reporter told Carlson: ‘I felt like I have no other choice honestly.’

Williams explained that she refused the vaccine as she and her husband plan to grow their family. She believed that she was not at ‘high-risk’ for COVID and had previously contracted a mild case of the virus.

‘So there was really no compelling health reason for me to get this injection it really just came down to keeping my job,’ Williams said. 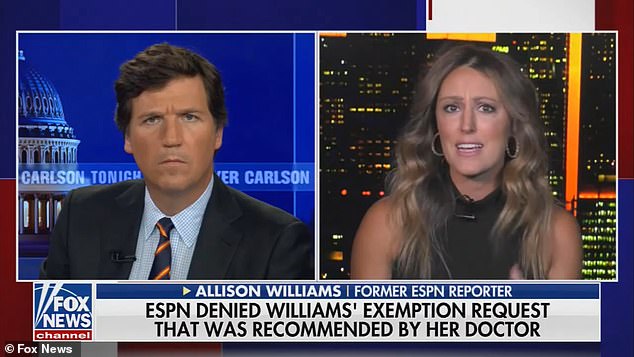 She told Carlson that she was not anti-vax but was ‘absolutely’ anti-mandate and felt compelled to ‘stand up and speak out against these mandates’ which she says are blatantly ‘wrong’ as she claims they violate bodily autonomy.

‘When we allow corporations or governments to tell us what is best for our health. That is a scary place to be,’ Williams said noting the vaccine mandates ordered by the major corporations, local, and federal governments this fall.

Williams said that she initially believed she would be able to ‘safely and efficiently’ do her job the same way she did in the fall of 2020 when she wore a mask and under went weekly testing.

But the company required all employees who traveled to events to be fully vaccinated as of August 1 with ‘no exemptions whatsoever.’ Williams knew she would have to step back from the college football season, which she took as a gut punch, but hoped that she could continue to contribute to the company in some capacity like hosting virtual shows or training new reporters.

She explained that what really concerned her was the ‘lack of logic.’ Williams acknowledged that mandates are being issued ‘in the name of public health and safety’ but pointed to the fact that they are causing police officers, nurses, military staff, and others to leave their jobs forcing a staff shortage in important industries.

‘That is unAmerican that is not what takes place in the land of the free.’ 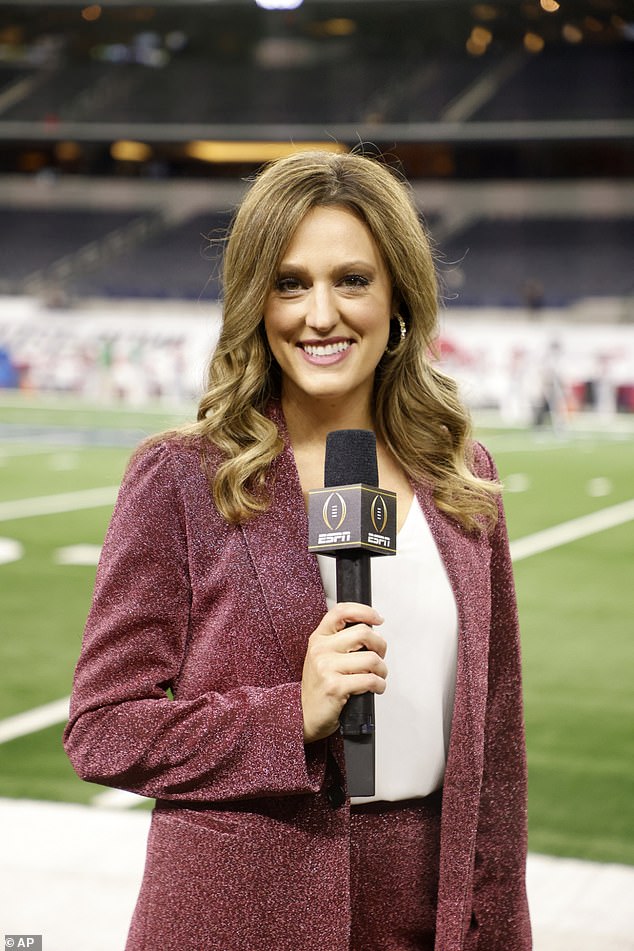 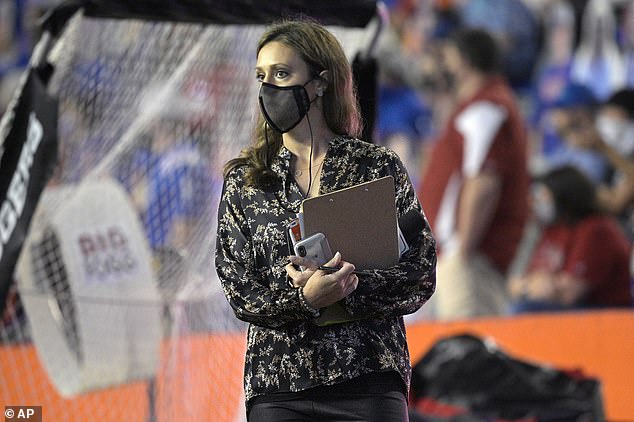 The 37-year-old had been with the network since 2011, and typically worked college football and basketball games

Williams, who began at the network in 2011, typically works college football and basketball games, but was absent in the opening week of the ongoing football season and later revealed why in a statement.

‘While my work is incredibly important to me, the most important role I have is as a mother,’ she wrote in a statement. ‘Throughout our family planning with our doctor, as well as a fertility specialist, I have decided not to receive the COVID-19 vaccine at this time while my husband and I try for a second child. This was a deeply difficult decision to make and it’s not something I take lightly.’

She explained: ‘Ultimately, I can not put a paycheck over principal and I will not sacrifice something I believe in strongly to maintain a career,’ an emotional Williams said in an Instagram video.

‘Belief is a word I’ve been thinking about a lot lately, because in addition to the medical apprehensions regarding my desire to have another child in regards to receiving this injection, I am also so morally and ethically not aligned with this,’ Williams said.

‘And I’ve had to really dig deep and analyze my values and my morals, and ultimately I need to put them first.

‘And the irony in all this is that a lot of those same values and principals I hold so dear are what made me a really good employee and probably helped with the success that I’ve been able to have in my career.’

In a statement, a spokesman for ESPN declined to address her case specifically, but told DailyMail.com that the network is ‘going through a thorough review of accommodation requests on a case by case basis.’

‘Our focus is on a safe work environment for everyone,’ read the statement. 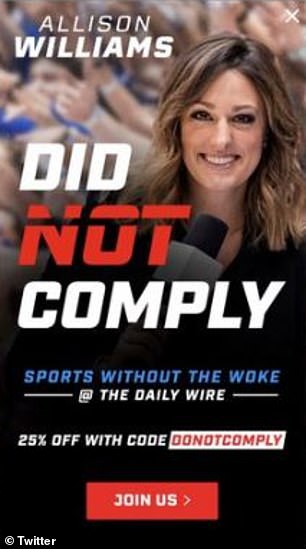 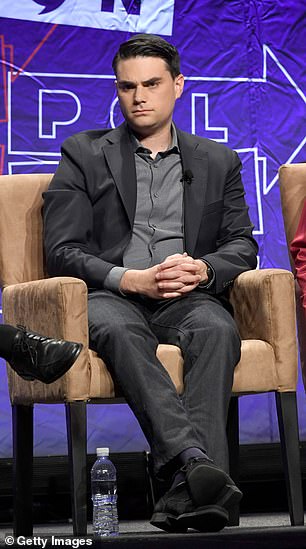 Williams, 37, will host a sports-related show for the site, which was founded by pundit Ben Shapiro in 2015. A pop-up promoting the new show described the series as ‘sports without the woke.’ Another slogan bragged that ‘Allison Williams Did Not Comply,’ with the word ‘not’ shown in an ESPN-style font (left)

Although the Daily Wire claims Williams was ‘fired,’ she voluntarily stepped away from the network rather than comply with Walt Disney Co.’s vaccine mandate

Besides ESPN’s own vaccine requirements, Williams would have faced mandates from local governments when she was on assignment.

Since leaving ESPN, Williams has resurfaced on the conservative news website, Daily Wire, where she will host a sports-related show for the site, which was founded by pundit Ben Shapiro in 2015.

A promotional pop-up described the series as ‘sports without the woke.’ Another slogan bragged that ‘Allison Williams Did Not Comply,’ with the word ‘not’ shown in an ESPN-style font.

Williams released a statement on the Daily Wire, saying she is ‘proud to be a part of a company that fights for our rights.’

‘I cannot wait to bring agenda-free sports reporting to the Daily Wire’s members and millions of followers,’ her statement read.

Shapiro voiced his own support for the move by tweeting the hashtag: ‘#StandWithAllison.’