Social media immediately began churning out theories on why the two former Presidents would be listed by any other title, with many presuming it to be commentary on the pair’s respective performances in the White House.

However, as director Jason Hehir previously told The Athletic’s Richard Deitsch, the decision was not intended as a joke or an insult.

Rather, Hehir was trying to emphasize Obama’s connection to Jordan and Clinton’s familiarity with Bulls star and Arkansas native Scottie Pippen, who played at Central Arkansas while Clinton served as Governor. 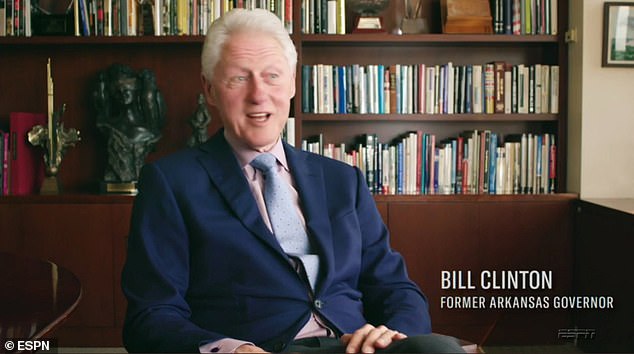 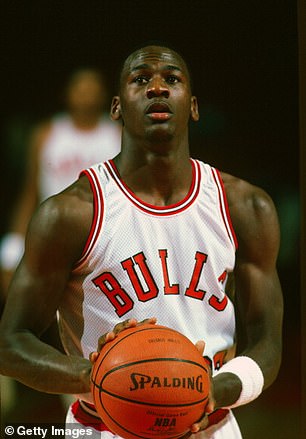 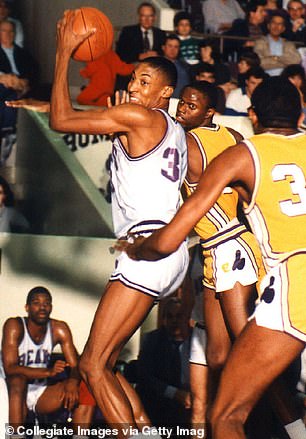 Obama said he couldn’t afford Bulls tickets after Jordan was drafted in 1984 (left). Meanwhile Clinton described Pippen as a shy kid when he was at Central Arkansas in the 1980s (right)

‘Why should he be considered an authority on basketball just because he’s Bill Clinton?’ Hehir said, explaining that the one-time Arkansas Governor had a stronger connection with Pippen. ‘Now if Bill Clinton says “I was Governor of Arkansas when Scottie Pippen was in high school and I saw Scottie play,” that’s organic to the story and much more interesting.’

And Clinton did share a vivid memory of a young Pippen in the docu-series, titled The Last Dance.

‘The first time I met [Pippen], he could hardly string three words together he was so shy,’ Clinton said.

The series focuses on Jordan’s final title run with the Bulls, but also explains how that team came together in the 1980s.

While illustrating the immediate impact Jordan had on the Bulls, who had struggled before his arrival in 1984, Hehir interviewed Obama.

‘When Michael first came to town, I didn’t have the money to buy tickets for Bulls games, even the discount ones back in the day,’ said Obama, who was a community organizer in Chicago at the time. ‘I was pretty broke, but suddenly you have a sports figure that puts Chicago on the map and that everybody was able to rally around.’ 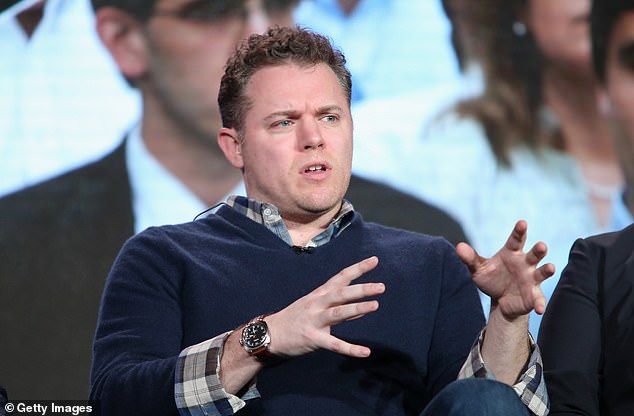 Social media immediately began churning out theories on why the two former Presidents would be listed by any other title, with many presuming it to be commentary on the pair’s respective performances in the White House. However, as director Jason Hehir (pictured) previously told The Athletic, the decision was not intended as a joke or an insult 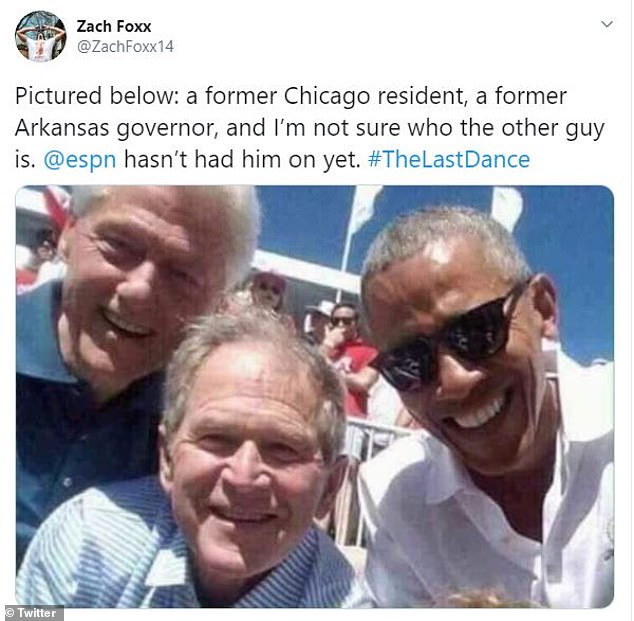 As Hehir told The Athletic, he was looking for people with strong ties to players, which is why he emphasized Obama’s Chicago roots.

‘Barack Obama is not he kind of guy that I can find his number and text him,’ Hehir told The Athletic. ‘Michael had a connection. But I was pretty adamant that we don’t have people in here who don’t have an organic connection to the story. I think the temptation is because Michael was super famous, let’s get as many super famous people in here as possible.

‘There were conflicting philosophies among all the [production] partners of what makes a good documentary and what makes a documentary sizzle,’ he continued. ‘I’m a filmmaker first and I just want to tell the story of this team as if they were not super famous. Who were the human beings who make up this team and how did they become famous and how did they handle fame?’ 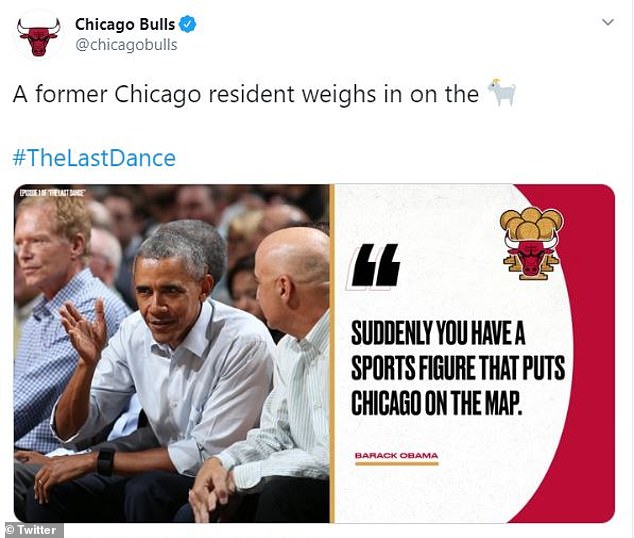