Estate agent who stole £300,000 was caught when his boss saw him kissing her cash on CCTV

Robert Parker, 28, was jailed for pocketing rent money to splash out on ‘lavish holidays and fine dining’

An estate agent who stole more than £300,000 from his company was captured on CCTV kissing his bosses’ cash before putting it into his pocket.

Trusted manager Robert Parker, 28, was jailed for three years and two months for pocketing rent money to splash out on ‘lavish holidays and fine dining’.

Cardiff Crown Court heard how Parker also spent more than £50,000 betting on horses and having luxury goods delivered to the estate agents office.

University dropout Parker was taken on by estate agent Nina Chivers because his mother was a childhood friend of hers.

She was stunned when she saw Parker – who she had known since he was at school and regarded as part of the family – stealing cash on CCTV.

Speaking after his sentence mother-of-four, Mrs Chivers said: ‘I feel like he has ruined my life and my family’s lives.

‘I trusted him and he was soon promoted as our lettings manager.

‘He had a position of responsibility and trust and he used that opportunity to steal.

‘The more my business grew the more his fraudulent activity expanded.’ 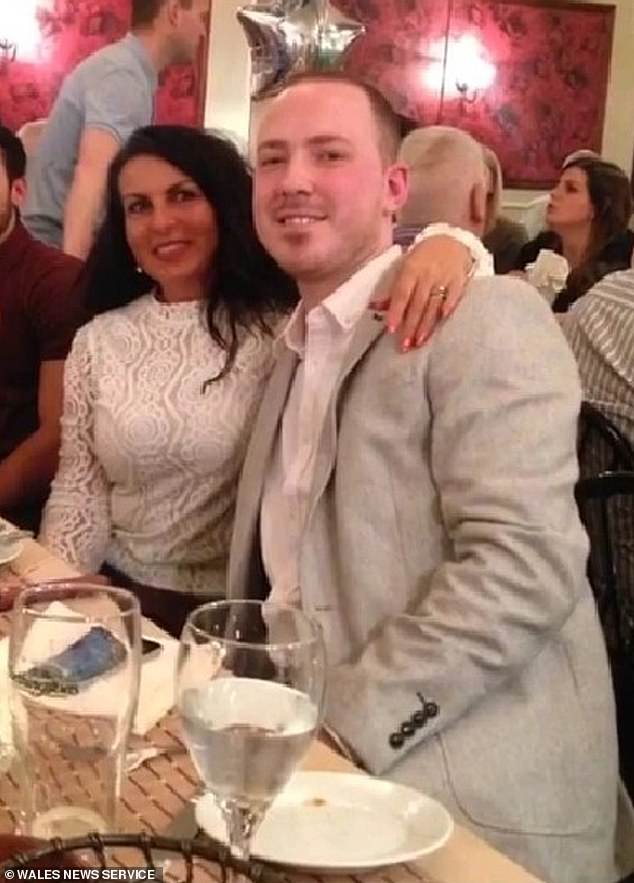 University dropout Parker was taken on by estate agent Nina Chivers because his mother was a childhood friend of hers. They are pictured together

The court heard Parker was made responsible for collecting rent from tenants of Nina Estate Agents in Barry, South Wales to take it to the bank to be cashed.

But Mrs Chivers noticed her profits did not reflect the company’s growth – and an investigation was launched.

Parker pleaded his innocence and repeatedly told his boss that he ‘did not know where the money went’.

But the court heard his dodgy dealings were exposed when Mrs Chivers saw the CCTV of him taking the money. 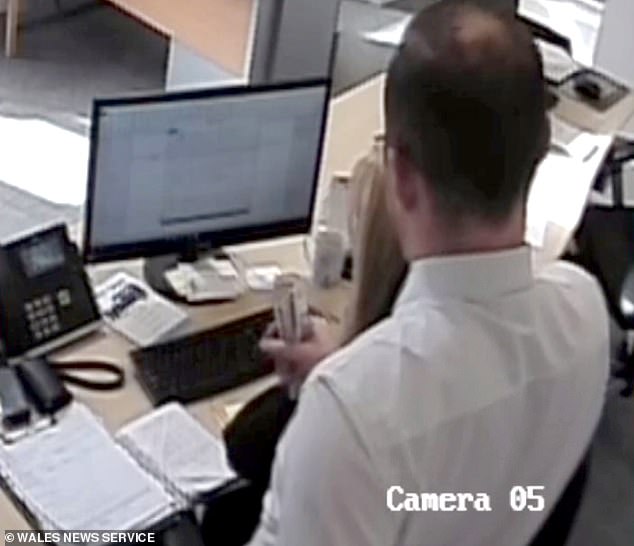 Mrs Chivers told the court: ‘I can’t stop thinking about the CCTV image of him kissing my money and then stuffing it into his suit pocket – a suit I’d bought for him.

‘Parker had a position of responsibility and trust. He used his position to steal.

‘He has stolen in excess of £600,000 from me. He used deceitful and false accounts to move money. He hid evidence and shredded paying in slips.

‘He was treated as if he was one of my children and he was thriving on stealing my money.

Mrs Chivers explained how her once thriving business is now facing financial struggles and her health has deteriorated since the extent of Parker’s crime was revealed. 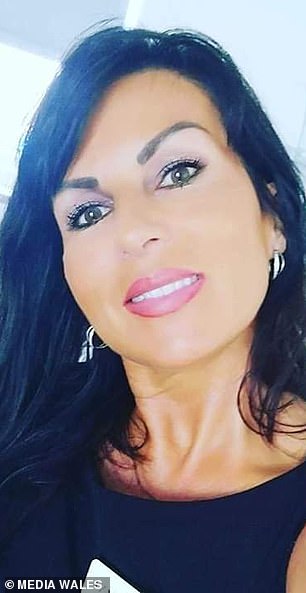 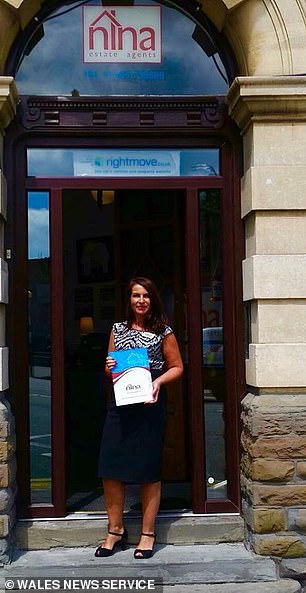 University dropout Parker was taken on by estate agent Nina Chivers (pictured) because his mother was a childhood friend of hers. She caught Parker – who she had known since he was at school and regarded as part of the family – on CCTV piling cash into his suit pocket

‘He removed some of the cash himself and changed the figure in the paying in book at the bank.

‘He was regarded as being ‘well-off’. He had a comfortable life.’

Kevin Seal, defending, told the court Parker had a serious gambling addiction which his family ‘considered an illness’.

He added: ‘His stealing snowballed. It got bigger and bigger until it came to the point where there was no way this money was going to be paid back.

‘He was living a life of Jekyll and Hyde to hide the addiction he had.’ 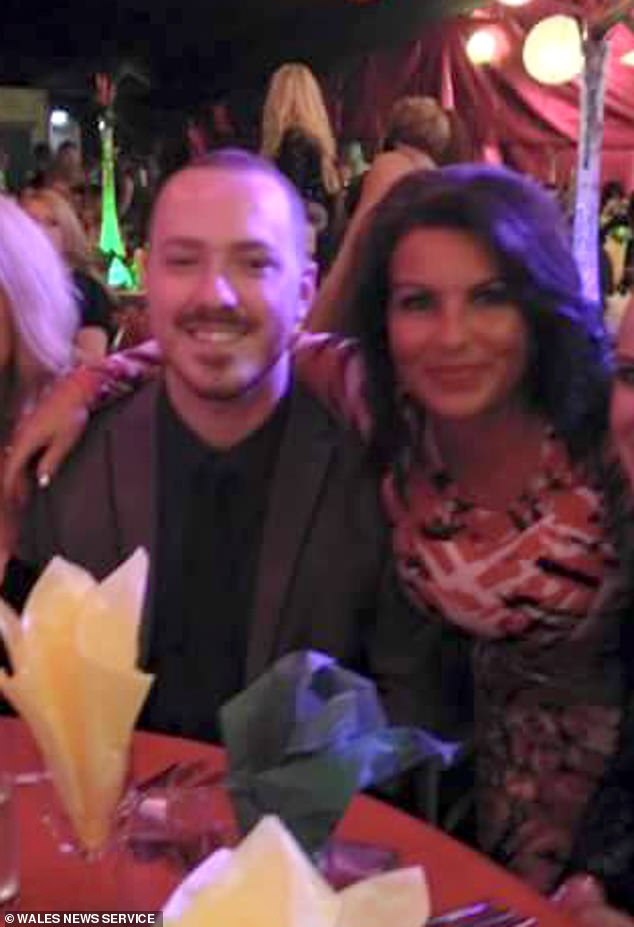 Parker, pictured with Mrs Chivers, was sentenced to three years and two months behind bars. He will face a Proceeds of Crime Act hearing to determine how much he must pay back

He said: ‘Over seven years you stole over £300,000 from your victim. You were brazen enough to have high value goods delivered to the office

‘You offended as you did because of greed and a gambling addiction.’

Parker was sentenced to three years and two months behind bars. He will face a Proceeds of Crime Act hearing to determine how much he must pay back.

The entrepreneur set up Nina Estate Agents, based in Broad Street in Barry, in 2006 and then Nina Letting Agents three years later.

Parker started working for her that year, initially in sales and then in lettings, and was responsible for taking payments from tenants and entering them into the system.

‘I trusted him and he was soon promoted as our lettings manager,’ she said after the hearing.

His duties included overseeing rent collection, making payments to landlords, and taking cash to the bank. Parker had full access to the company’s bank accounts.

‘He had a position of responsibility and trust and he used that opportunity to steal,’ said Mrs Chivers.

‘The more my business grew the more his fraudulent activity expanded.’

By 2012 she was getting worried about why her company’s growth was not reflected in its profits but her then-accountants could not find anything wrong.

A few years later HM Revenue and Customs presented her with an unexpected £200,000 tax bill due to discrepancies in her accounts. It had to be paid within three months.

Nina took on new accountants in June 2016 and said: ‘They opened my eyes to the reality of the situation.’

She funded a covert investigation by the forensic team, which lasted for several weeks, before confronting Parker with the evidence. 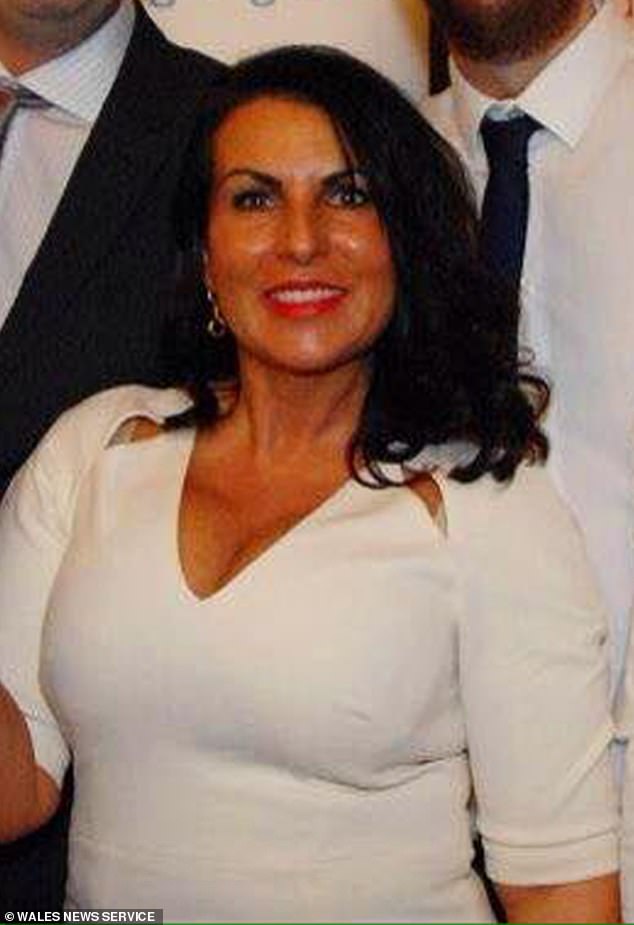 Mrs Chivers told the court: ‘I can’t stop thinking about the CCTV image of him kissing my money and then stuffing it into his suit pocket – a suit I’d bought for him

Prosecutor Owen Williams said the defendant ‘frustrated’ and ‘protracted’ the investigation by being slow to produce reports.

He added: ‘Parker stated he did not know where the missing money had gone.’

Nina said: ‘I felt he was acting out of character and not being truthful. It was such a serious matter, to say he did not know was outrageous.

‘The extent of his fraudulent behaviour was soon discovered and everything else became apparent.’

He gave the tenants receipts and paid the landlords their income so everything appeared to be in order.

He did not bank the cash payments and even hid evidence by shredding paying in slips.

Parker covered his tracks by transferring money from the sales side of the  business to the lettings account to mask the thefts.

Mr Williams said: ‘Nothing flagged up. There was no cause to suspect anything.’

The court heard Parker’s colleagues thought he was well-off because he owned two properties and regularly went on luxury holidays.

He was regarded as ‘materialistic’ because he regularly had expensive items delivered to the office.

‘He had the latest things and the best of everything,’ said Mr Williams.

Parker was open about his gambling and told co-workers about large bets he was placing – often thousands of pounds at a time.

When everyone had gone home Nina inspected his desk and found a handwritten list of transactions with notes about ‘missing’ money. She called the police.

The defendant was arrested at his home in Pyke Street, Barry, in October 2017 and did not reply when he was cautioned.

He was taken to the police station in Bridgend while officers searched his home and found several gambling accounts on his laptop as well as photos of holidays and fine dining experiences.

When he was interviewed Parker said he had worked his way up through the business but answered ‘no comment’ to all the questions about his bank accounts, assets, and gambling.

He was released on bail then interviewed again in April last year when he admitted he had been stealing cash from his employer on a regular basis for some time.

Parker claimed he had a ‘severe gambling addiction’ and at one stage was placing £50,000 a month in bets. Mr Williams said Parker was ‘astonished’ when officers put the figures to him.

In a victim personal statement read out in court Nina said the evidence produced by the forensic team suggested he had stolen more than £650,000 from her.

‘I’ve known him since he was 14. He and his family had been part of my life for years. I regarded him as like a son to myself and to my husband.’

She said she had known Parker since he was at secondary school and added the defendant used to go for bike rides with her husband, who helped him to work on his two properties.

‘We went to his engagement party and wedding,’ she recalled.. ‘He always confided in me with his personal problems and referred to me as his ‘second  mum’.

‘This experience has been devastating. He has taken away my enthusiasm, energy, time, confidence, independence… I now feel empty.’

Nina was diagnosed with a heart condition three years ago and believes the stress and anxiety caused by Parker’s offending has made the condition worse. She is now receiving counselling as she finds it difficult to trust people and interact socially.

‘I cared for him a great deal,’ she added.

‘To discover that he has done this to me – he clearly did not care for me. I keep asking myself why this has happened and what have I done to deserve it. My outlook on life has changed as I can’t help but be suspicious.’

Nina said she had lost her appetite and now struggles to sleep as she cannot get the CCTV images out of her head.

‘I can’t escape the image of him kissing the money and piling it in to his suit pocket,’ she said. ‘The suit I lovingly bought him, enabling him to be smart and professional representing my business.

‘I can’t escape the image of him putting white envelopes full of my money into his lunch bag and swinging the bag around when he was leaving for the day, knowing it was full of stolen cash.’ 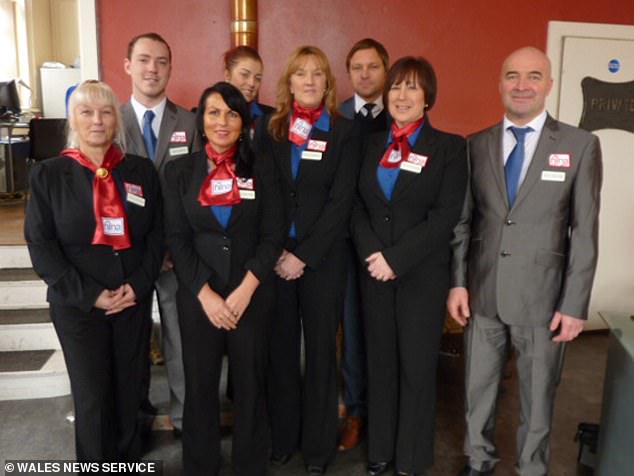 Nina had great plans for retirement but worries she will not be able to fulfil those after having to fork out for expenses like forensic accountants and legal costs.

She said she had seen an impact on employees’ morale and was ‘heartbroken’ not to be able to pay them their Christmas bonus. She is worried his actions will ‘tarnish’ her business’ reputation.

‘I grew my business from the little savings I had,’ she said. ‘I sacrificed spending quality time with our four children, my elderly mother and family for holidays and days off, as I have worked every hour possible. It has now been practically lost.

The Crown initially rejected that basis and the case was adjourned for a trial of issue but Mr Williams said they could not prove ‘with certainty’ the higher amount on the evidence available.

Kevin Seal, defending, said his client – who has two young children – had no previous convictions, cautions or reprimands.

He told the court Parker had taken steps to address his gambling addiction by attending Gamblers Anonymous every week.

Mr Seal said the defendant intended to pay the money back but it ‘snowballed’ until ‘there was no way out’.

Judge Niclas Parry jailed him for three years and two months. There will be a hearing under the Proceeds of Crime Act on May 20.