How many more countries will be exempted from quarantine? EU could SUE UK for not exempting all 26 nations amid confusion over Covid-19 checks on travellers

The European Union could sue the UK for not exempting all 26 nations from coronavirus checks, it emerged today.

Boris Johnson’s government were poised to exempt close neighbours France from a proposed 14-day quarantine upon arrival into the country, but the news has not gone down at all well with the EU.

The UK may now be taken to the European Court of Justice, if it decides to grant exemptions from coronavirus travel restrictions to just France and not all other EU member states.

Brussels strongly disagrees with the stance and insists the UK must level the playing field and extend the offer to any of the other 26 EU countries with a similar coronavirus risk profile, as report the Daily Telegraph. Leading UK Eurosceptics have reacted with fury to the threats and have urged the Prime Minister to ignore EU law in these exception circumstances and ‘do our own thing’.

A commission spokesman confirmed with the Telegraph: ‘If there was a member state that was discriminating and was not in line with EU legislation, the commission would intervene.’

The move from the EU has come amid concerns that British people returning home from Florida face being quarantined while French travellers entering the country would not.

Ministerd also said that if citizens on the continent are once again able to freely move between states, they can simply bypass the country in which they reside and travel from France instead.

Eurosceptic Iain Duncan Smith however feels the UK must choose its own appropriate action on the matter, regardless of any possible consequences.

He told the Telegraph: ‘So what? We make the judgement about what works for the greater safety of people in the UK not them.’ 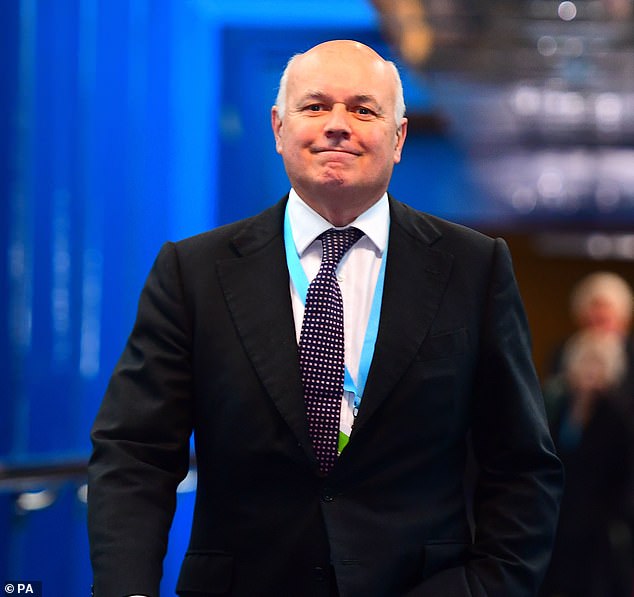 Iain Duncan Smith feels the UK must choose its own appropriate action on the matter, regardless of any possible consequences

Both Mr Johnson and French President Emmanuel Macron produced a joint statement following a phone call on Sunday detailing an exemption for travellers from France.

A European Commission spokesman said that Britain is still subject to EU free movement rules while it is in the transition period before leaving the bloc at the end of the year.

‘Restrictions to free movement, as well as lifting restrictions, have to comply with the principles of proportionality and non-discrimination,’ he said.

‘We would expect that the UK in this case would apply the same kind of exemptions to arrivals from other member states, which are in a similar epidemiological situation as France.’