By Jason Groves and David Churchill For The Daily Mail

Brussels last night moved to rubbish Boris Johnson’s Brexit proposals before they have even got off the ground.

In what will be seen in Westminster as a hostile act, EU officials leaked a withering assessment of new British proposals to replace the controversial Irish backstop.

UK sources last night dismissed the assessment. But the decision to leak the document, which was circulated to ambassadors from the other 27 EU countries, will be seen as an attempt by European Commission hardliners to undermine talks which have been gathering momentum.

In what will be seen in Westminster as a hostile act, EU officials leaked a withering assessment of new British proposals to replace the controversial Irish backstop

The EU memo dismissed the UK’s latest proposals, saying they did not provide a ‘legally operational’ alternative.

It said the UK ‘confirmed that the proposed concepts do not amount to legally operational solutions and would have to be developed during the transition period’.

The document went on: ‘The UK team further added that they would have to establish a regulatory and customs border on the island of Ireland.’

But sources conceded that they were unlikely to be tackle every remaining issue in the time left – and a deal would depend on the EU’s willingness to resolve remaining problems in the Brexit transition period which ends in December 2020.

In the wake of the leak, a UK Government source said: ‘The ideas we’ve put forward to avoid a hard border are serious and workable. 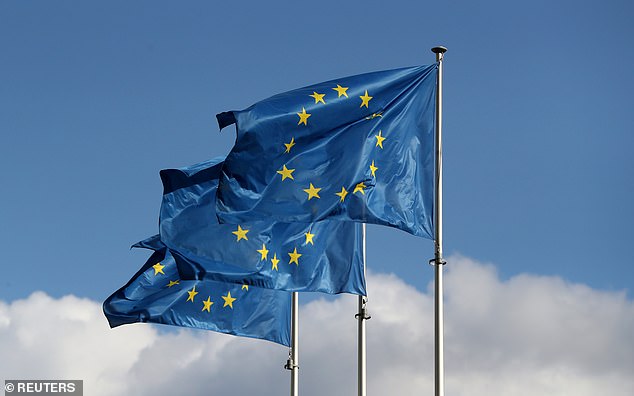 The decision to leak the document, which was circulated to ambassadors from the other 27 EU countries, will be seen as an attempt by European Commission hardliners to undermine talks which have been gathering momentum (file image) 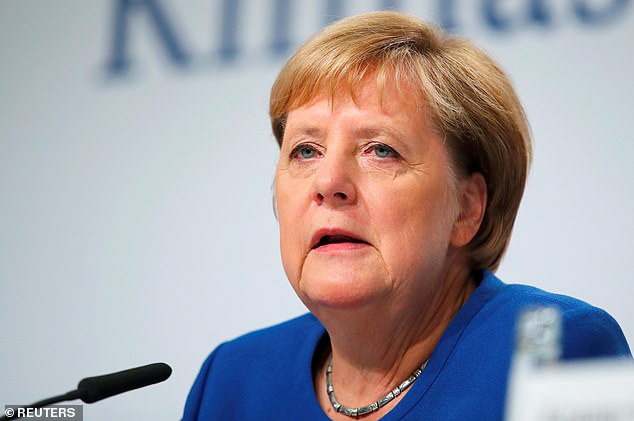 ‘They build on existing systems for customs and facilitations, and there is a big offer on an all-island solution to agriculture based on Northern Ireland giving consent.

Taken together, they would avoid a hard border. As for the Commission, two months ago they said we couldn’t reopen the Withdrawal Agreement and there was absolutely no alternative to the backstop. Now we are having detailed discussions.

‘Leaks from Brussels on Twitter are par for the course. You can set your watch by them. What we’re focused on is actually getting a deal in the room.

‘We trust they’ll do the same.’

Mr Johnson is to hold Brexit talks with Angela Merkel and Emmanuel Macron in New York next week as he steps up efforts to find a breakthrough.

Downing Street confirmed the Prime Minister has brought forward his trip to the UN General Assembly in order to pack in meetings with EU leaders.

He is likely to hold a mini Brexit summit with the German Chancellor and French President on Monday.

What does Boris Johnson want?

The Prime Minister has said he wants to remove the ‘anti-democratic backstop’ from the deal negotiated with Theresa May. He also wants a much looser future relationship with the EU, which would allow the UK to shake off Brussels rules and negotiate free trade deals around the world.

What is his plan?

The PM is proposing a series of measures to replace the backstop: an all-Ireland agricultural zone, customs checks away from the border to avoid checkpoints and for Northern Ireland to have a say over how far it follows EU rules.

What does the EU say?

Jean-Claude Juncker has said he is happy to look at backstop alternatives provided ‘they achieve the main objectives of the backstop’.

What are the sticking points?

The EU is happy to discuss an all-Ireland agriculture zone, but says this is just a ‘starting point’. Brexit Secretary Steve Barclay suggested this week that the issue could be sorted out after the UK has left, but the idea was rejected by Ireland’s foreign minister Simon Coveney yesterday. The EU is also nervous about handing a veto to the Northern Ireland Assembly, which has not sat for two-and-a-half years.

What are the chances of a deal?

Mr Johnson’s ‘do or die’ pledge to take Britain out by the end of next month appears to have concentrated minds. Angela Merkel and Leo Varadkar have both indicated they are desperate to avoid No Deal. And Mr Johnson has said he is ‘cautiously optimistic’.

Would a deal get through Parliament?

The DUP is anxious to avoid No Deal because of the impact it could have on Northern Ireland and fears it could fuel support for Irish unification. Tory whips believe that if the DUP can be brought onside most Eurosceptic MPs will fall into line, along with Labour MPs who regret voting against Mrs May’s deal.