The EU is stepping up its ‘no-deal’ Brexit preparations because of Labour threats to veto any deal reached between Theresa May and Brussels, it emerged last night.

A leaked diplomatic memo revealed growing fears among member states that even if a divorce deal is agreed, the Prime Minister will fail to get it ‘ratified’ by the Commons.

European leaders have always assumed that a no-deal result would come from a breakdown in talks, but now their contingency planning includes MPs voting down any agreement in Westminster. 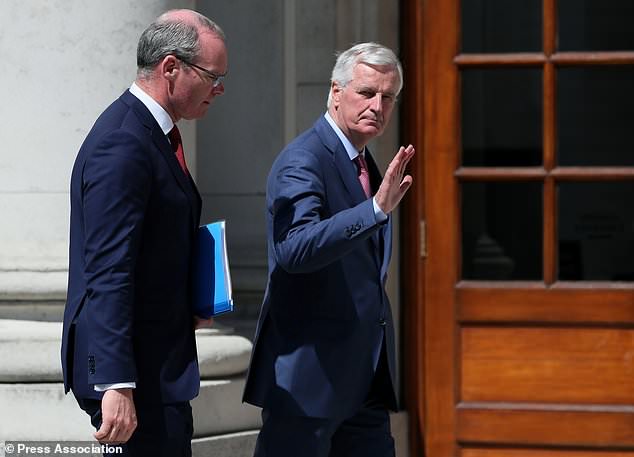 Michel Barnier, EU Chief Negotiator for Brexit, is set to meet with Jeremy Corbyn in the hopes of breaking the current Brexit impasse

It comes after Labour repeatedly insisted during its party conference this week that it will vote down a deal which does not meet its ‘six tests’. During Jeremy Corbyn’s keynote speech yesterday, he did finally offer Mrs May his party’s support for a Brexit deal – if she agrees to keep the UK in a customs union with the EU.

An internal memo revealed topics to be discussed between EU ambassadors at a crunch meeting last night. It said: ‘Uncertainty remains about the outcome of the negotiations and the ratification of a possible deal.’

Although the divorce deal also has to be ratified by the European Parliament, diplomats expect this to happen with little trouble.

One diplomat said: ‘This is something we follow closely, what Labour has been saying in Liverpool. If the Labour Party blocks a possible Brexit deal, this means there is practically no deal, so it is something we’re looking at because we have to be prepared.’

The leaked memo goes on to warn that European capitals may be forced to take action in their own interests without first notifying the EU Commission, which is currently leading negotiations on their behalf. This raises the prospect of countries doing a series of mini deals with Britain in order to limit damage and keep airports, ports and medicine supplies running. 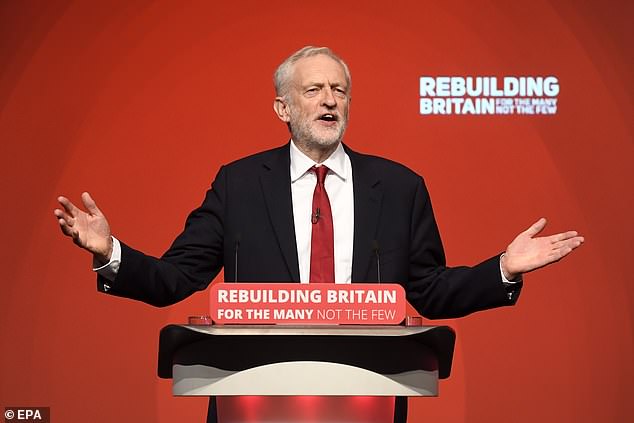 The idea member states may decide to strike their own deals will anger the EU Commission, with the bloc’s chief negotiator Michel Barnier definitively ruling this out during a meeting with UK MPs earlier this month.

But referring to the possibility of such ‘contingency measures’ in the event of no deal, yesterday’s leaked document adds: ‘Some political choices, e.g. as regards the extent to which these measures should mitigate the effect of a disorderly withdrawal, will have to be made before the commission can provide possible answers.’

Yesterday’s talks come ahead of a meeting today between Mr Corbyn and Mr Barnier, which could further fuel fears the Labour leader will work with the EU to make Mrs May’s job harder.

÷ Martin Selmayr, Brussels’s top civil servant who has taken a hard line in Brexit talks, is in the frame to become the EU’s first ambassador to Britain.

A new EU embassy will open in London after Britain leaves next year. According to Brussels insiders, Mr Selmayr has been tipped along with Helga Schmid, the top official at the European External Action Service – the EU’s foreign office.