EURO 2020: Antoine Griezmann feels France had FORGOTTEN how to play in a full stadium

Antoine Griezmann says France had ‘forgotten’ how to play in front of a full stadium after drawing 1-1 with Hungary on Saturday night.

Attila Fiola fired Hungary into the lead just before the half-time break, but it was Griezmann who rescued a point for France in the 66th minute.

Griezmann said his team’s inability to hear each other due to the 60,000 fans present in Budapest was the reason for their downfall.

Speaking after the game, Griezmann said to beIN Sport: ‘We did not get along on the pitch, we had our habits with silence in the stands. We knew that it was going to be complicated.’

Hungary’s opening goal was met by one of the loudest cheers football has heard since March 2020.

The Puskas Arena erupted over their team’s goal – leading Fiola to embrace his team-mates and some of the fans in the front row. 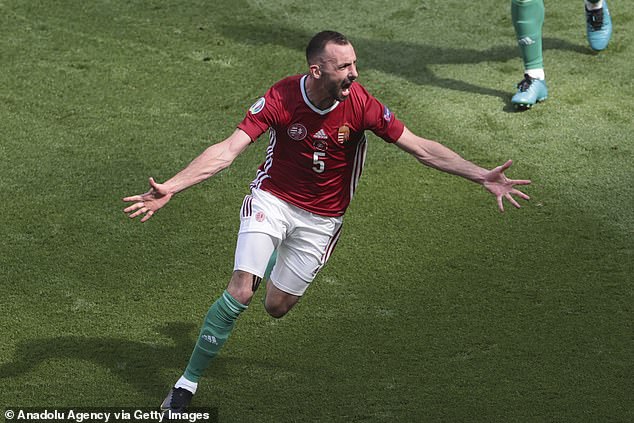 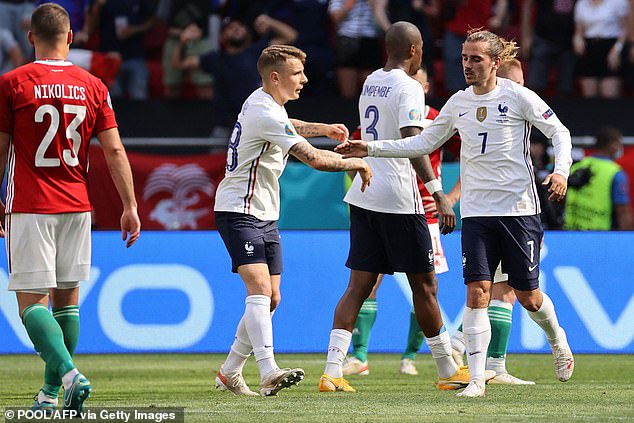 However, it was Griezmann who rescued a point for France in the 66th minute of the game 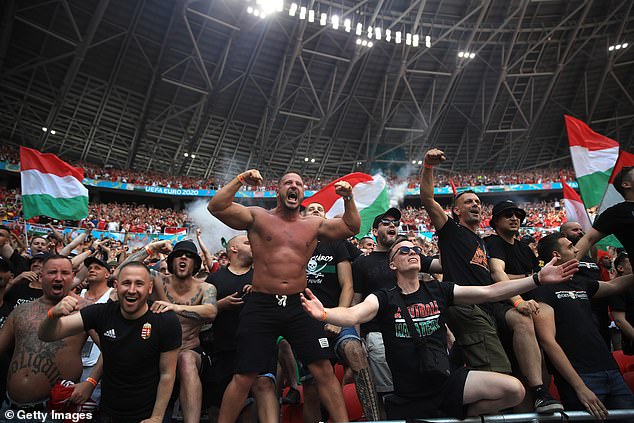 Griezmann said that france struggled to hear each other with the 60,000 crowd (above)

The goal came as a surprise to World champions France – who are tipped by many as the tournament favourites for Euro 2020.

Despite conceding before the break, France dominated the first half of the game and produced several chance.

However, it was the second half that saw them come to life. Substitute Ousmane Dembele hit the post before his Barcelona team-mate equalised in the 66th minute.

Hugo Lloris played the ball long to Kylian Mbappe, who took it down and laid it off for Griezmann to slot home from eight yards out.