Euro 2020 – BRYAN ROBSON: Southgate wanted to be like me but if England beat Italy I want to be him

Gareth Southgate said he always wanted to be like me. I can tell Gareth now, if England win on Sunday, I want to be him.

This is the ultimate. Being in a major final with England is what many of us players dreamed of down the years — wanting to emulate that fantastic group of 1966. For Gareth to be the one who leads England, knowing first-hand what he went through in 1996, speaks volumes for the man, his character and the fighter he is.

It is upsetting to hear him talk about the burden he has carried, believing he let down his team-mates by missing that penalty against Germany in ’96. 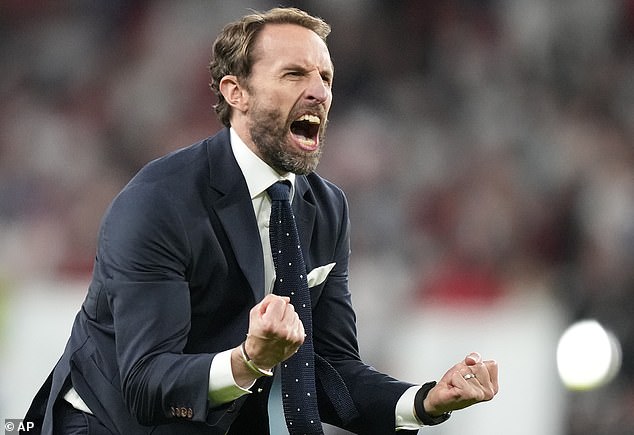 But if England can go all the way and beat Italy at Wembley on Sunday night, I’ll want to be him

I was assistant to Terry Venables that night and we were always really confident in our first five penalty-takers. They had been practising every day. It was my job to find the sixth.

Paul Ince was sitting on the turf and I went over next to him and said: ‘If it does go beyond the first five, do you fancy taking the sixth?’ Incey was looking down at the floor as if half-hoping someone else would say ‘yes’ first.

Gareth was sitting next to him and he looked up and nodded to me. I wasn’t surprised, he was a positive player. He looked confident and he stood up. What happened next changed his life.

No one blamed him and I hope he knows that. We all just felt for him because any of you could be that man, the one who misses.

I’m not sure he took any of it in when the lads were trying to console him. Sometimes you are best saying nothing because your words won’t get through. What use is ‘Don’t worry about it?’ They are empty words. 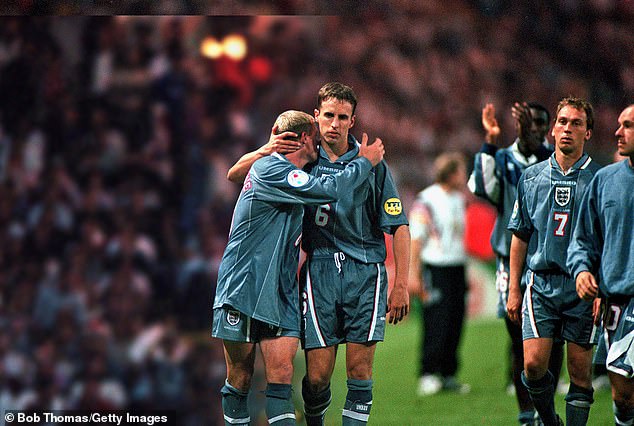 Everyone deals with the grief of losing in their own way.

Back at the hotel, at Burnham Beeches, everyone was so flat we were drowning our sorrows trying to lift spirits. The lads were drinking beers and brandies then Tony Adams just booed Gareth and said something like, ‘Get your head up, you bleedin’ German’.

‘My first real memory of an England game would be the 1982 World Cup.

‘The moment that sticks in my mind is running home from school to watch England v France.

‘I got there just in time to see Bryan Robson score after 27 seconds!

‘I modelled myself on Bryan as a kid; I had his boots, I wore my shirt out at the front and tucked in at the back, I played in midfield, I even tried to run like him!’

It was gallows humour that just helped to break the atmosphere.

It’s clear Gareth has taken a lot from how Terry Venables handled that tournament, that environment. He was always one to ask questions, study what went on.

Even when we went to the Dentist’s Chair in Hong Kong, he and Alan Shearer had the sense to stand at the side with a few beers and watch the chaos unfold — just taking that step back to consider the moment.

You can see hallmarks of Terry in how Gareth has handled the expectation and the press, probably more comfortably than any manager since, or how he has got the best out of Luke Shaw. He’s followed Luke’s form at Manchester United, he’s spoken to the staff about his traits and now you have a young full back, who can be fragile, playing in a high- pressure environment with peak confidence. He has created a belief throughout the whole squad, as Terry did.

Watching at Wembley on Wednesday as England beat Denmark, I couldn’t help but wish I was playing in that team, in a final.

I’ve thought about close friends like Ray Wilkins, how as kids we started out playing for England, winning the mini World Cup in 1975, how much pride that gave us and believing we were good enough to go on and win the real thing.

The closest for me was always 1982. To not lose a game but go out on goal difference still rankles. If Trevor Brooking and particularly Kevin Keegan had been fully fit I still believe we would have gone through instead of West Germany and won — and that would have been against Italy in the final. 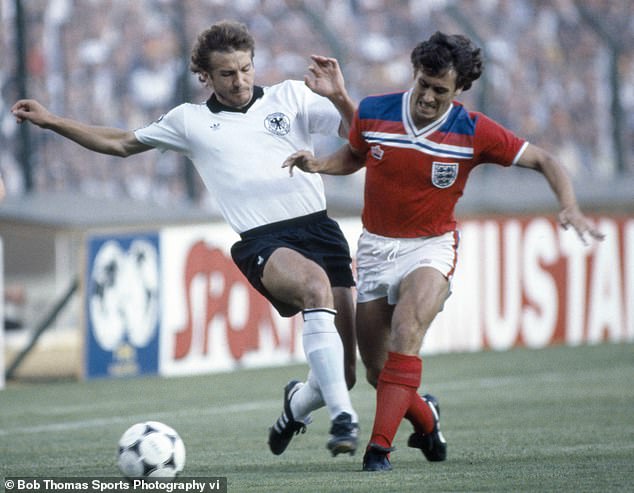 Over the years, I spoke to all of the 1966 World Cup team, especially Sir Bobby Charlton, Nobby Stiles, Jack Charlton and Alan Ball, who became a great friend I would go to the races with.

I asked them questions like any fan would about what it was like playing in that tournament and all they wanted to talk about was the camaraderie. That fellowship of winners, the bond it gave them for life.

I hope this group of England players understand what they are on the cusp of.

What Gareth has taken from ’96 is that the best players and managers use defeat or disappointment as motivation to become stronger.

Many of this group lost the World Cup semi-final three years ago, that should still hurt.

But if they want inspiration about how to lay ghosts of the past, they need look no further than Gareth. 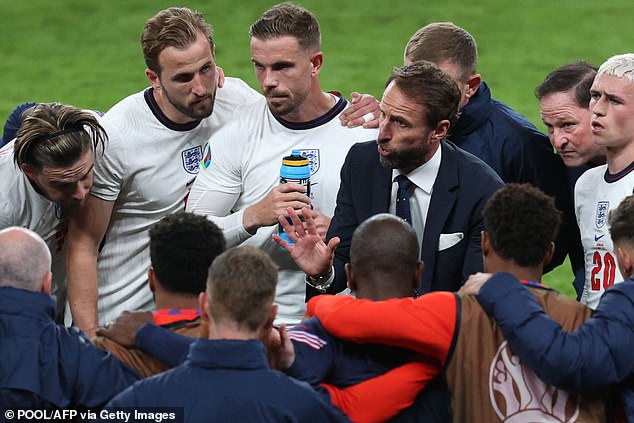 If this England side need any inspiration for the final, they need only look at their manager