Declan Rice has admitted he is looking forward to facing Thomas Muller and Toni Kroos at Wembley on Tuesday, having praised the Germany duo for their performances on Twitter over the past 12 months.

Rice’s England face Joachim Low’s men in the last 16 at Euro 2020, with the former having come top of Group D while the latter finished runners-up in Group F, considered by many to have been the Group of Death.

Muller and Kroos, both 31, are among the more experienced heads in the Germany squad but have been on the receiving end of glowing words from 22-year-old West Ham star Rice. 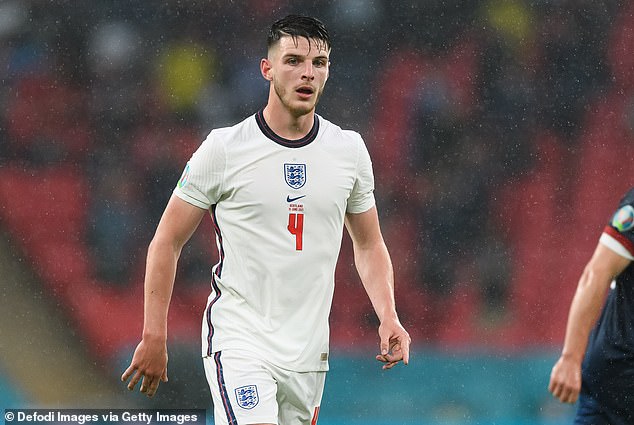 After watching the Bayern Munich forward play in their 2020 Champions League final victory against Paris Saint-Germain, Rice tweeted: ‘Muller has to be up there as one of the most underrated players of all time! Serious footballer,’ followed by the flames emoji.

Then nearly eight months later, after Real Madrid midfielder Kroos played a crucial role in two of his club’s goals in their 3-1 victory against Liverpool in their Champions League clash, Rice again tweeted: ‘Watching Toni Kroos is very special’ to which the German replied: ‘Thanks mate’.

But the duo will be on the opposing side at Wembley, and despite admitting he ‘appreciates’ top players in the game, he is keen to impose his game on the 2014 World Cup winners.

‘I can’t remember what my tweet was actually but I woke up to him saying “thanks mate”. It was a good moment to be fair and the lads at West Ham were giving me a bit for it.

Asked if Kroos and Muller’s presence will help raise his game, Rice added: ‘Yes definitely, if you go back to the tweets, as well as the player I have always said I am a fan as well.

‘When there are the big games on and you are watching, you appreciate top footballers. Obviously that night I felt the need to say [what I did] about Muller and Toni Kroos.

‘Kroos is world class, other midfielders like me we want to test ourselves. But we need to impose game and be physical on him and stop him spraying it around the pitch.’ 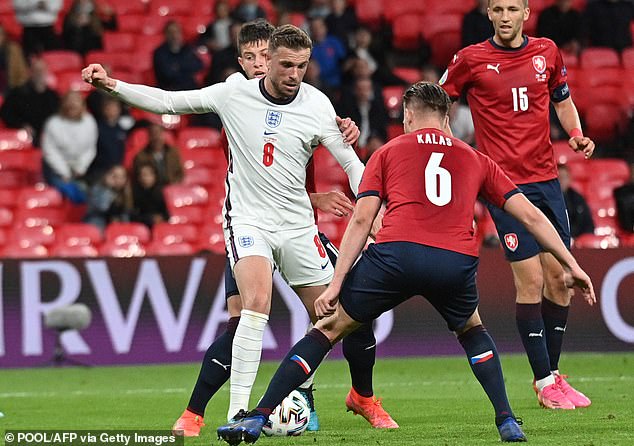 Rice has started all three of England’s group games in the tournament so far, but was brought off at half-time against Czech Republic for Jordan Henderson.

Rice admits he does not know the reasoning behind Gareth Southgate’s decision but admits the hunger is there from the whole squad to face Germany.

‘Competition is tough, I don’t know what manager was thinking and whether it was tactical,’ Rice added regarding his substitution on Tuesday.

‘But everyone is ready, everyone wants to play against Germany, and if you aren’t playing you are disappointed but you have to support the lads.’