Denmark’s triumphant players have returned home to a hero’s welcome after securing their spot in the Euro 2020 semi-finals.

Thomas Delaney and Kasper Dolberg netted for them in their 2-1 win over Czech Republic, with the result having extended their magical run at the tournament.

And their latest victory was greeted with the reaction it deserved after crowds of supporters gathered around their team hotel and generated a rapturous response. 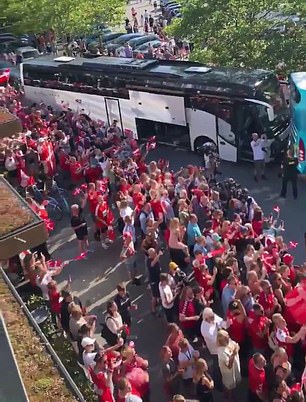 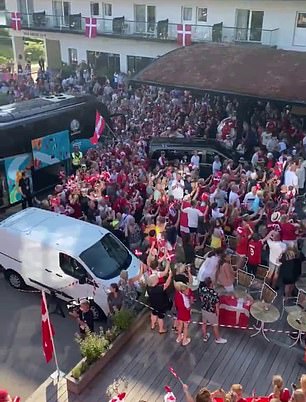 The squad have been staying at a lavish location in Elsinore, at the Marienlyst Strandhotel, and for a little while the car park was filled to the brim with red shirts.

Scores of people waved flags and chanted into the air, while Denmark’s team bus was parked outside, suggesting the players were soaking up at the atmosphere.

Fresh from their latest heroics, the group touched down after their flight back from Azerbaijan this afternoon, and fans had gathered in anticipation of their arrival.

Denmark will next face England in the final four, with the prospect of reaching the final now within sight, and they will look to continue their fairy tale story. 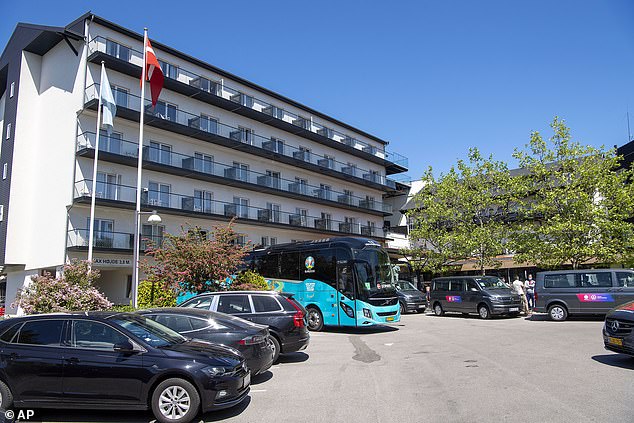 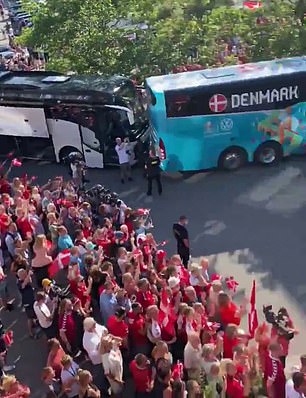 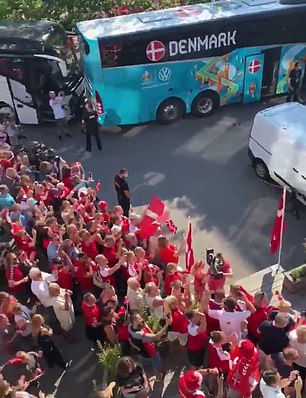 Their recovery after a nightmare start to the campaign is remarkable, with Christian Eriksen having suffered a cardiac arrest before they lost their first two group games.

But with Eriksen now recovering out of hospital, the squad’s team spirit has been evident – and was shown in their most recent success.

Inter Milan playmaker Eriksen, who collapsed against Finland and required life-saving intervention on the pitch, reportedly told his team-mates ‘I am proud of you’.

And captain Simon Kjaer revealed after the game that the harrowing incident involving Eriksen brought the squad closer together. 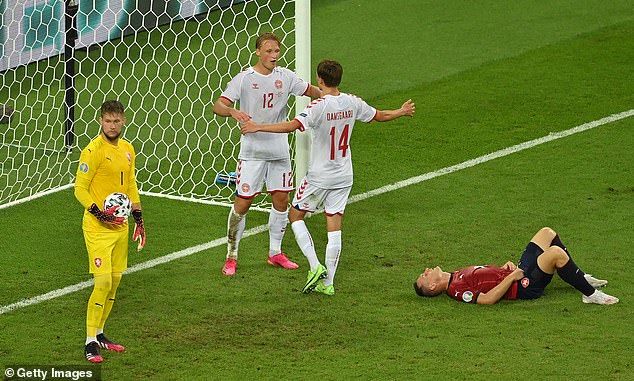 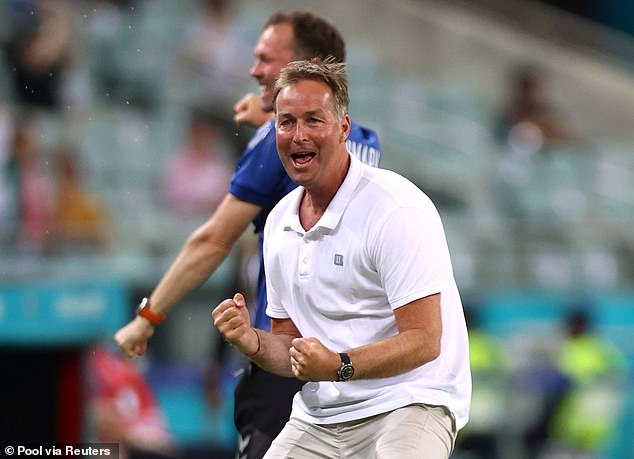 ‘It did something to the group. We thrive and we’re safe together,’ Kjaer said, via Goal. ‘We know we can trust the people around us.

‘We know that if one of us is in trouble, then someone else is there for you. It gives us security and of course it makes Christian feel good.

‘We can press because we know that the player next to us is there to back us up.’

Denmark now have two more days to prepare for their showdown against England on Wednesday, and Mason Mount has warned them they are coming into the ‘lion’s den’. 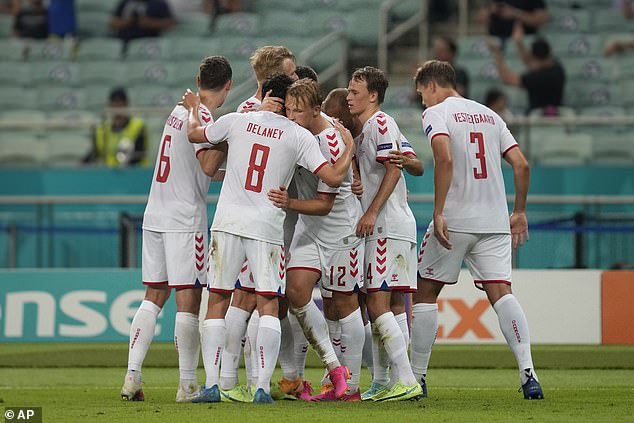 ‘It is unbelievable to play at Wembley and all our group games and the Germany game were special, special games to be involved in,’ Mount said.

‘I was on the bench and now it is a semi-final at Wembley and hopefully we can get to the final. That has always been our goal from the start and has been our focus.

‘It will be a special day and there will be a few more fans there as well to create the atmosphere.

‘You are in the lion’s den and you have to come and perform. We are obviously going to try and give our best.’