Euro 2020: England captain Harry Kane urges his side to book place in the final by beating Denmark

‘A lot of us won’t have this chance again’: England captain Harry Kane urges his side to seize the moment and book a place in the Euro 2020 final by beating Denmark in front of a home crowd at Wembley

England can take another step towards achieving their vision of winning a major tournament when they return to Wembley for their European Championship semi-final against Denmark, captain Harry Kane said.

Kane scored twice in England’s 4-0 quarter-final win over Ukraine in Rome on Saturday, as they reached the last four of a Euros for the first time in 25 years.

Gareth Southgate’s side will return to England’s national stadium for the penultimate stage of the tournament on Wednesday, which Kane described as an ‘incredible’ occasion. 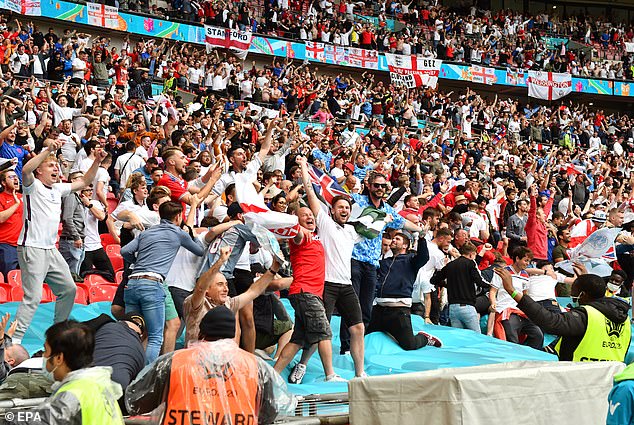 ‘We know it’s going to be a tough game. But we know as well if we get it right and play how we know we can, then we have a great opportunity to get to a final,’ Kane said.

‘A lot of us playing now won’t have the opportunity to have a big game like that at Wembley in a major tournament again. It’s an opportunity for us and we have to grab it with both hands. We have to enjoy being in that environment.

‘Coming off the back of the Germany game, the spirits were high and the stadium was rocking so hopefully we can use that energy again and really take the game to Denmark.’

England will take on Denmark at Wembley on Wednesday. The two faced off in the Nations League last year, playing out a 0-0 draw in September before Denmark secured a 1-0 win at Wembley the following month. 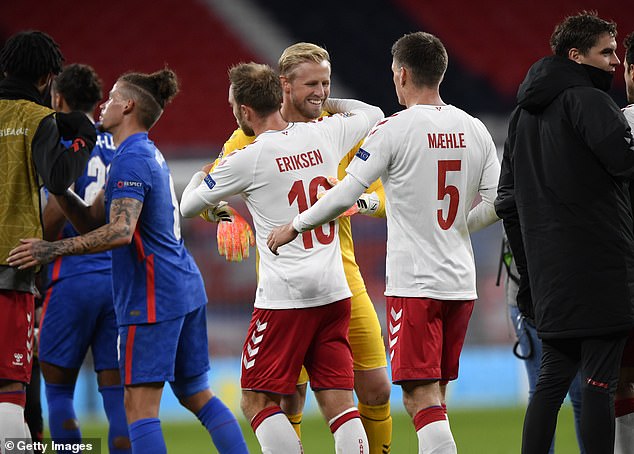 The Three Lions will go into Wednesday’s clash in a far more confident mood than they last year though, having kept five straight clean sheets at Euro 2020 which is a new record in the tournament’s history.

That defence will be tested by Denmark, who have scored 11 goals so far this tournament, a tally only bettered by Spain’s 12.

While Denmark are looking to replicate the underdog heroes of 1992, England know a win will earn them a place in the final of the Euros for the first time.