Eni Aluko and Nigel de Jong criticised Holland’s character after their 2-0 defeat to Czech Republic sent them crashing out of Euro 2020.

The Dutch went a man down early in the second half after Matthijs de Ligt was sent off for a deliberate handball, having stumbled and grabbed the ball to stop Patrik Schick running through on goal.

But while Holland fell apart after the red card, Aluko believes those left on the pitch have to take just as much blame as the Juventus defender. 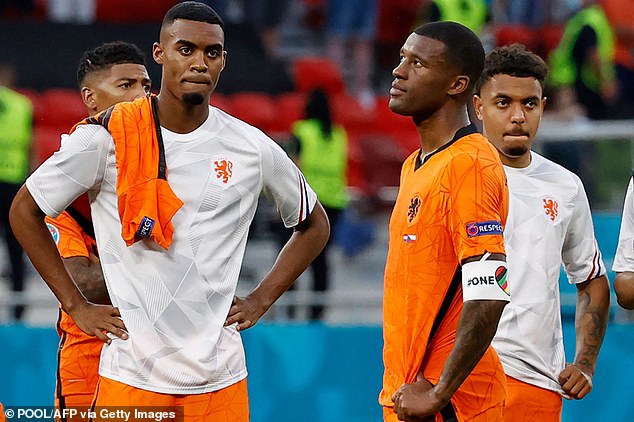 ‘De Ligt did it because he knew he was the last man,’ Aluko told ITV Sport.

‘Netherlands didn’t react to it. Big players – Wijnaldum, Stekelenburg were all making mistakes.

‘We said the main way the Czechs were going to score was from a set piece, it’s a stupid foul from Van Aanholt.

‘Before the match we thought Netherlands would win but you can’t call it. Czechs will be confident they can push on and do well this tournament.’ 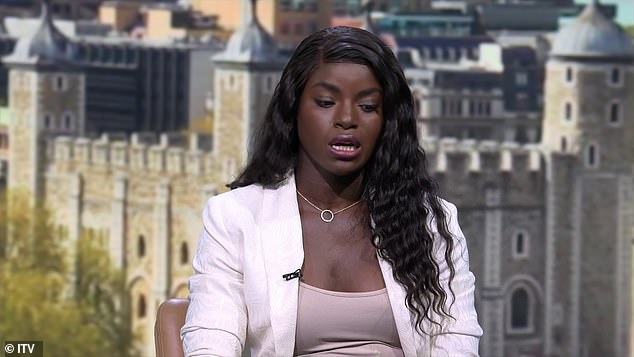 Quincy Promes was brought on after the red card in place on Donyell Malen, leaving Daley Blind and Patrick van Aanholt as part of a back five lacking height.

That ultimately proved costly when Tomas Holes gave the Czechs the lead from a set piece, and De Jong criticised the approach of Dutch boss Frank de Boer.

‘It looked like De Boer was defending the 0-0 as long as possible. At the end of the day, there was no belief after the red. 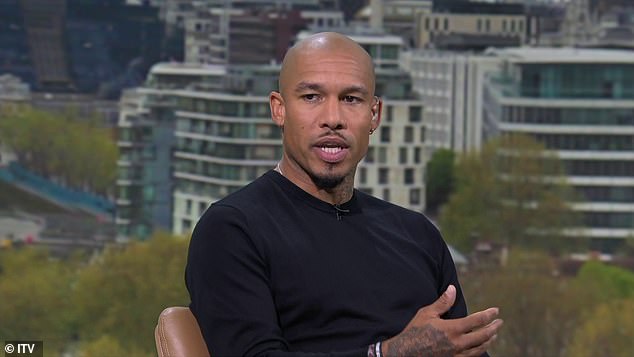 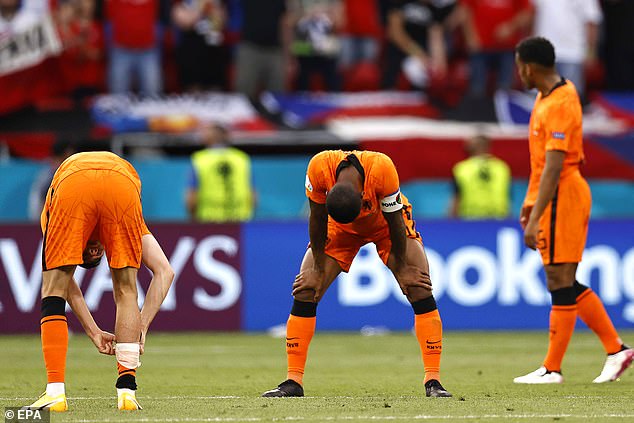 ‘There was a lack of belief, a lack of intensity, a lack of character. We really missed a leader out there. (Did they miss Van Dijk?) Yes.’

Holland’s fate was sealed when Patrik Schick scored his fourth goal of the tournament, after Holes burst through weak challenges from the Dutch midfield to set him up.

‘Wijnaldum steps out of a challenge in midfield (before the second goal),’ De Jong said. ‘That sums up the character we were missing, the real effort to try to win the game.

‘It’s not going to be easy for De Boer to open the papers tomorrow and see what they’re saying about him.’ 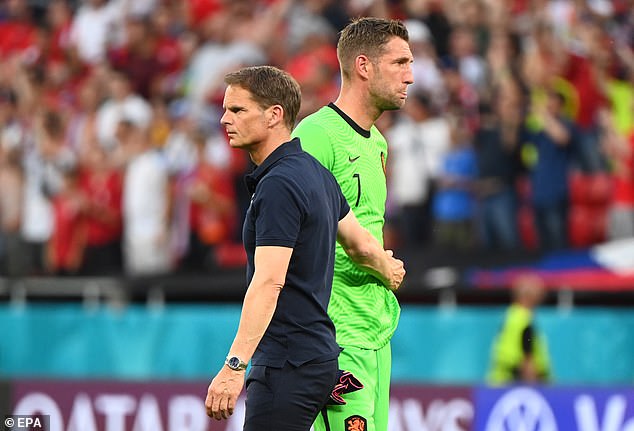