Euro 2020: Gareth Bale reveals he will ‘play for Wales until the day I stop playing football’

What WILL Gareth Bale do now? Wales’ talisman says he’ll ‘play internationals until I stop playing football’, having stormed out of interview over ‘stupid’ questions on his future and preparing to ’cause chaos’ with announcement after denying he’ll retire

Gareth Bale has dismissed suggestions of international retirement as he insisted that he will continue to play for Wales for as long as he is playing football.

Speculation surrounding Bale’s international future intensified on Saturday after Wales were knocked out of Euro 2020 with a 4-0 defeat to Denmark at the last-16 stage.

When asked post-match on BBC Sport whether he had played his last game for Wales, Bale stormed out of the interview.

However, the 31-year-old later hit out at ‘stupid questions’ and insisted that he wants to continue playing for Wales as he set his sights on next year’s World Cup in Qatar.

Bale told S4C: ‘I want to continue to play. People ask stupid questions all the time, but obviously I love playing for Wales.

‘I’ll play for Wales until the day that I stop playing football.’

‘We’ve just started the World Cup campaign, and we need to take this experience into that.

‘I feel like we have a very good way of playing when we play well and we need to keep that confidence high, keep playing football and I think we can qualify for the next World Cup.’ 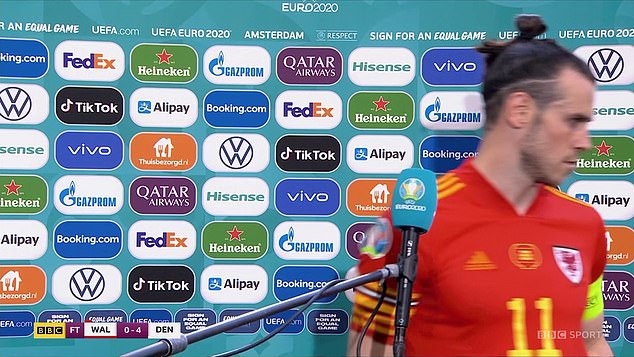 Gareth Bale walked away when he was asked about his Wales future.

The question came after Wales’ 4-0 defeat to Denmark in their last 16 tie.

Prior to Euro 2020, Spanish outlet ABC had indicated that after the tournament Bale would retire from football. They suggested that Bale, who earns £600,000-per-week, would give up half of his final year’s salary at Real Madrid in order to terminate his contract at the club.

At the start of June Bale indicated that his announcement on his future would cause ‘chaos’ and added that he didn’t want any distractions during the tournament. 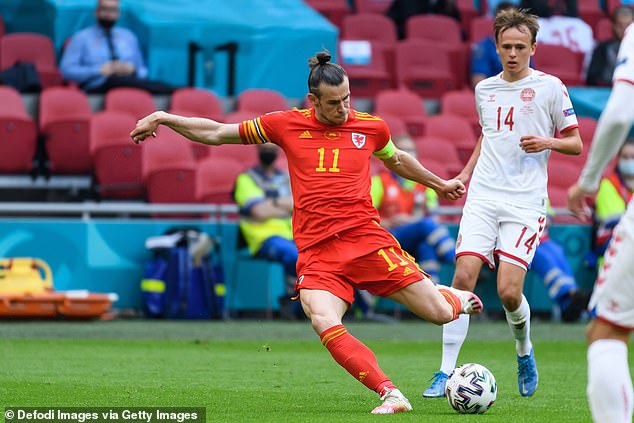 Prior to the tournament, Bale stated that an announcement on his future would ’cause chaos’

He said: ‘Obviously there’s been a lot of things written about whether I’m doing this and doing that.

‘For me, the main thing is I don’t want to say anything that’s going to cause more chaos or more drama or cause a distraction. I just want to focus on this Euros.

‘I don’t need any distractions going into it, during it.

‘I don’t want to cause any problems anywhere because I know things can get mixed in the media and people start making headlines.

‘I don’t want to cause any distractions for myself or for the team. My sole focus is on Wales, this Euros and nothing else. Anything else about my career, my future, will be sorted after.’ 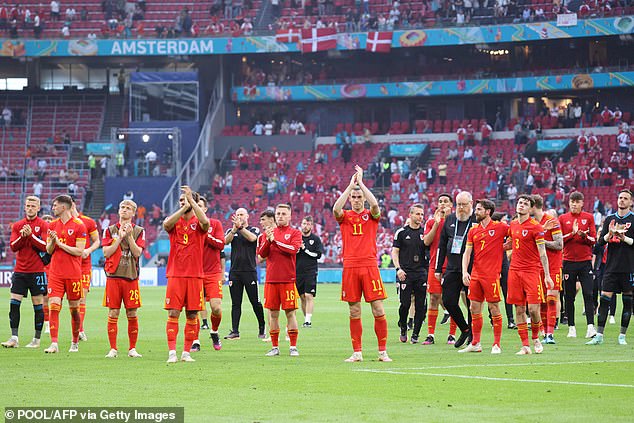 Bale’s experience is hugely important for Wales, with the winger holding his country’s record for the most goals (33), while he has the joint-second most caps along with Wayne Hennessey (96).

Wales have only appeared at one World Cup, in 1958, but they are determined to reach the 2022 edition even though they are in a qualifying group that includes Belgium and Czech Republic.

With Wales having a rather young squad, Bale has helped some of the more inexperienced players to adapt to international football and is a figure of crucial importance for his country.

Despite his international future having seemingly been resolved, there remains uncertainty over who Bale will be playing for at club level next season, with the winger due to return to Real Madrid following his loan spell at Tottenham.