Mason Mount will not be ready to face Germany in the last-16 tie of Euro 2020, insists a leading psychologist, and Gareth Southgate will not risk him in the starting line up.

England are keeping Germany guessing on their team selection right up to an hour before kick-off, despite Mount and Chelsea team mate, Ben Chilwell, being separated from the squad this week.

The pair were forced into isolation after being deemed to have had close contact with Billy Gilmour following the England-Scotland clash on June 18. The Scottish player subsequently tested positive for Covid-19.

The FA asked for permission from Public Health England to allow Mason Mount and Ben Chilwell to take part in socially-distanced training this week, but that was turned down 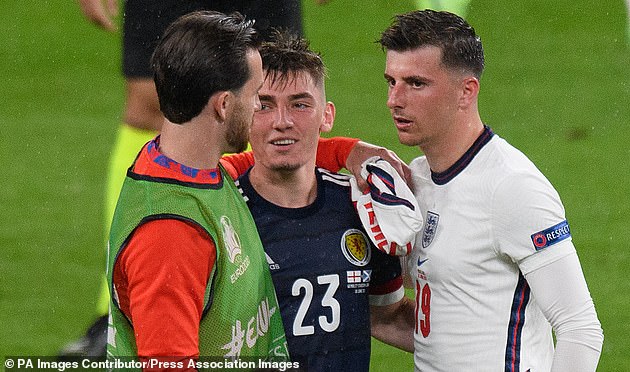 And while Southgate let it be known yesterday that the England duo had been included in tactical meetings via Zoom, while training alone, it will not be enough to earn either a place in the side, said Dr David Fletcher, a sports psychologist at the University of Loughborough.

‘Fixtures do not come much bigger than this and you just can’t take risks at this level. It will take a few days to get them back up to speed,’ said expert performance and leadership.

‘[To bring Mount back] is a really big ask. I think for Gareth Southgate it is too big a risk to bring him back in because he has been isolating from the team.’

Southgate warned earlier this week that he would have to assess the players’ mental states before deciding whether to include them.

Dr Fletcher said they will have suffered ‘stress and trauma’ over missing out on part of the tournament already – they had to sit out the final group game against the Czech Republic – and their involvement against Germany has been the subject of speculation for a week. 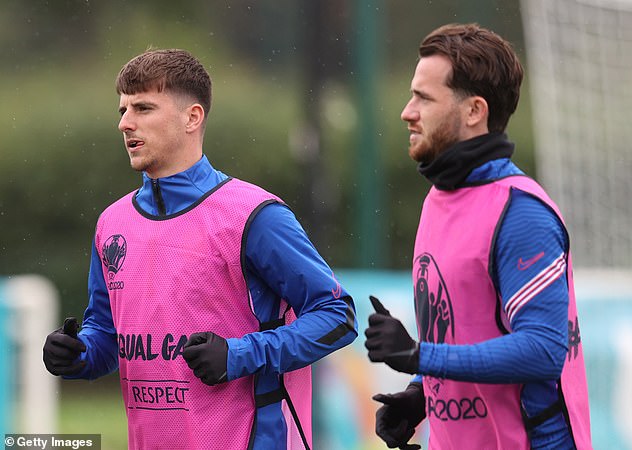 England players Mason Mount and Ben Chilwell trained in private, away from team-mate

‘It is a tall order to be ready to play and integrate with the team, today. And the bottom line is the management cannot afford to bring him back in when he is not fully integrated.’

Mount and Chilwell’s 10-day isolation only ended at midnight on Monday, which means they will be eligible for the game. While a role from the bench is more likely, Dr Fletcher described that as a ‘grey aware’, which will depend on the manager’s plans and options.

Southgate said on Sunday: ‘It’s been quite complicated. In the main they’ve had to work entirely on their own. There’s not only the training but the psychological part of that as well, of course. Yes, we will leave it as late as possible.’ 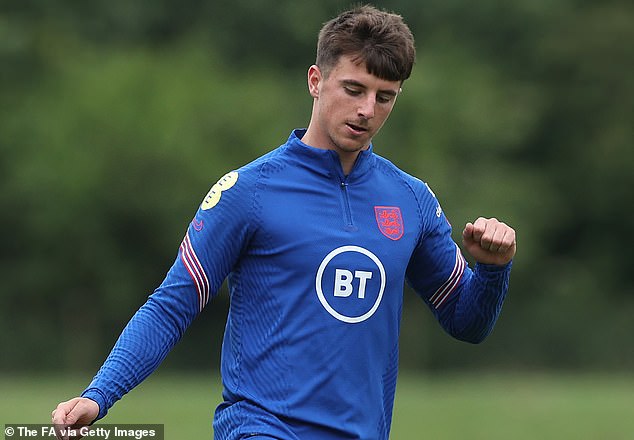