Gary Neville hailed Gareth Southgate’s leadership as he guided England to the final of Euro 2020.

Southgate, whose missed penalty resulted in England going out of Euro 96 at the last-four stage, has forged an impressive career in charge of the national team and succeeded in going one step further than the 2018 World Cup semi-final as he and his players saw off Denmark 2-1.

The ex-Middlesbrough boss has earned widespread plaudits for not only his achievements with the team but his work on inclusivity and diversity issues too, and former national team-mate Neville lauded him as he celebrated on the Wembley pitch. 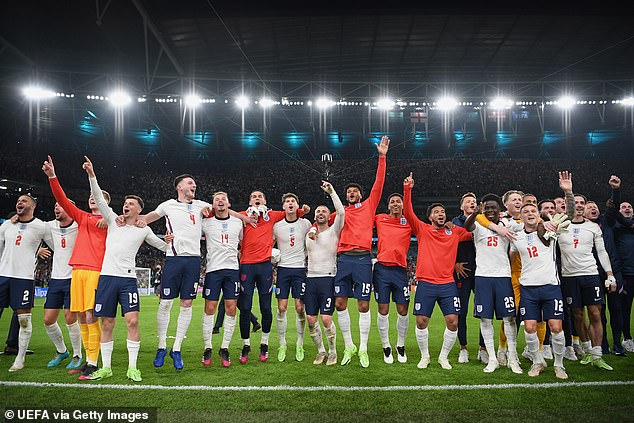 Speaking on ITV, Neville said: ‘We’ve never done this before in our lifetimes. These lads have to focus but we don’t have to. This country is bouncing, national holiday, enjoy yourselves!

‘The standard of leaders in this country the past couple of years has been poor, looking at that man (Southgate), he’s everything a leader should be, respectful, humble, he tells the truth.’

For Neville, and Ian Wright, casualties of England’s ’55 years of hurt’, there was huge emotion in witnessing the win, brought about by Simon Kjaer’s own goal and Harry Kane’s strike.

‘There was a bit of luck with the way it came about, but all the years waiting, maybe that’s the luck. I’ve been dreaming of this day and now it’s come, I can’t believe it’s here,’ Wright said. 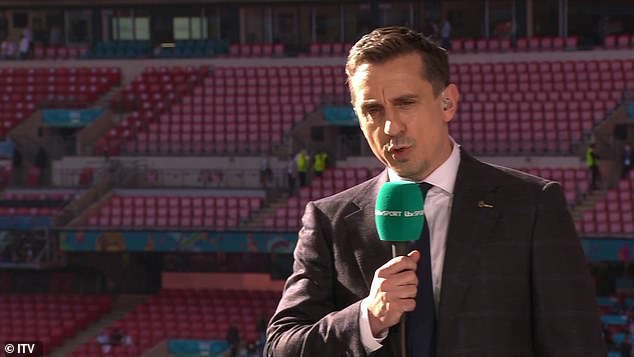 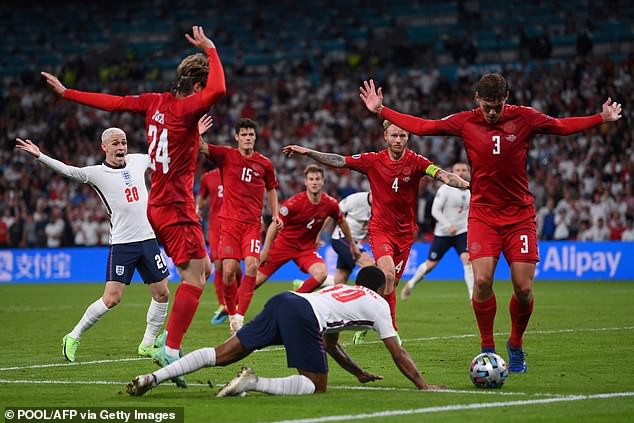 ‘Raheem Sterling has attacked this tournament. I believe he was the difference, I am delighted for him, Gareth and the whole country. I am speechless because I want England to win something in my lifetime.’

Neville added: ‘Denmark played a brilliant game, faded at the end, but Gareth Southgate, his players, staff, everyone has been unbelievable. This crowd… it’s mesmerising being in this stadium right now.’

Chelsea Women boss Emma Hayes said: ‘Finding the words to describe something the entire country will be overwhelmed with is impossible. This is a wonderful time for football in this country.’

Richard Masters, the chief executive of the Premier League, said: ‘Congratulations to the England team on making the Euro 2020 final – England’s first and a fantastic moment for the whole country. 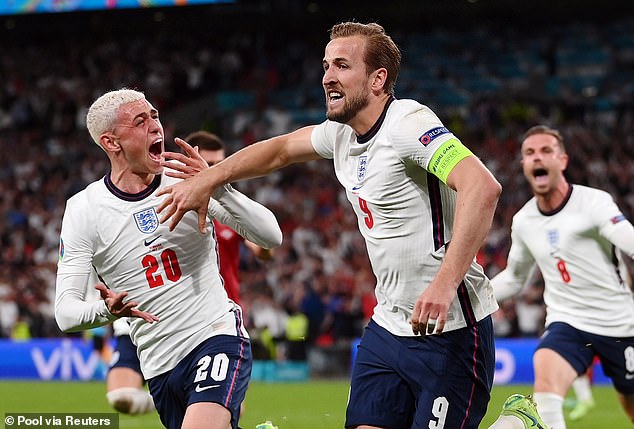 ‘The players, Gareth Southgate and his coaching staff deserve great credit for their progression on the international stage over the last five years. They have captured the imagination of the nation.

‘Everyone at The FA, especially St George’s Park, has done a brilliant job despite the many challenges of Covid-19. We are proud to see England players remind everyone that our football is among the best in the world.

‘It’s great there will be thousands of England fans back at Wembley on Sunday cheering the team on.’