Euro 2020: Harry Kane insists he is physically in his ‘best shape’ ahead last-16 clash with Germany

If Harry Kane is suffering a crisis of confidence, you wouldn’t know it.

Three games, no goals isn’t the way the England captain would have visualised his European Championships.

Yet there isn’t a hint of panic from the striker. It’s all very reassuring ahead of Tuesday’s last-16 tie against Germany.

Let’s face it, England’s hopes of ending their 55-year wait for a trophy rest with Kane rediscovering his goalscoring touch.

The 27-year-old acknowledges his performances thus far haven’t been up to scratch, yet in the same breath he knows the complexion of his tournament can change instantly.

‘The first two games I’d probably say wasn’t my best games, I definitely could have improved on them,’ said Kane.

‘I thought the third game (against the Czech Republic) was a tough game, but I felt a lot better.

‘I felt I had a lot more involvement in the game. I could go 10, 15 games without scoring but give me a chance and I’d back myself to score it. 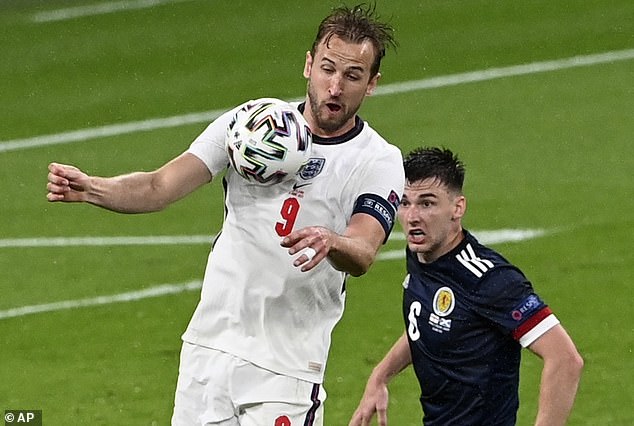 ‘I’m in a good place. Going into Tuesday night, physically, I’m in the best shape of the tournament so far, and that’s what I kind of wanted going into this.

‘I felt maybe at the World Cup in Russia I started on fire, scored loads of goals, then maybe didn’t have my best performances in the most important games – the quarters and the semi-finals.

‘So coming into this, physically, I wanted to make sure I was peaking at the right time and obviously we won’t know until Tuesday night if that’s the case, but the way I feel, that’s the way I feel it’s going.

‘I feel good, I feel sharp. I felt good, definitely in the third game. This training week is going to be great and hopefully I can come into my best form into the knockout stage and that will help the team.’ The proof will be in the pudding, of course. But Kane isn’t one to make false promises; more often than not he delivers. 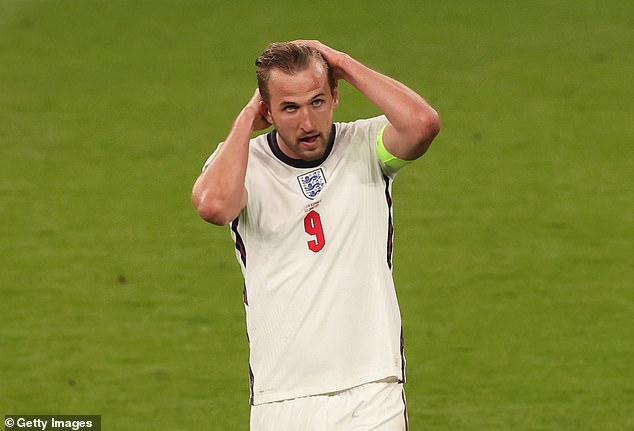 Having won the Golden Boot in Russia three years ago, Kane went into the Euros as the Premier League’s top scorer and assist maker last season.

The fact so many have written him off after three matches beggars belief. Not that it bothers Kane, mind.

‘People are quick to change their mind, it wasn’t too long ago when I won the golden boot and I was the best thing in the world,’ he said.

‘People are raving about you, and that’s why I’ve always said, as a footballer, you can’t get too high or too low.

‘You just have to have that neutral mode. Self belief is a huge thing. It’s definitely not the first time people have doubted me in my career, that’s for sure. 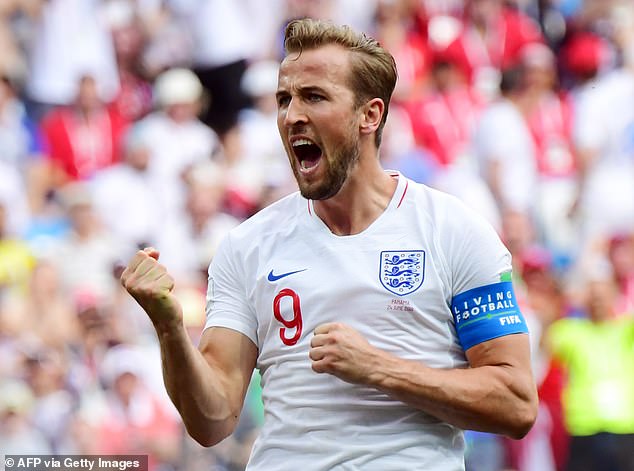 ‘That’s part and parcel of it. I’ve said all along as a striker you go through some great spells where you are scoring every game and everything you touch turns into goals and then there are some where things don’t fall your way, and that’s probably the way it’s gone in this tournament so far.’ One common opinion as to why Kane is yet to find the net so far is because his mind is elsewhere.

So when it emerged last week that City had launched their £100m effort to extract him from north London many had already made up their mind.

And, as if what looks likely to be a summer long transfer saga isn’t enough to drive Kane to distraction, Spurs calamitous attempts to appoint a new manager would certainly do it. 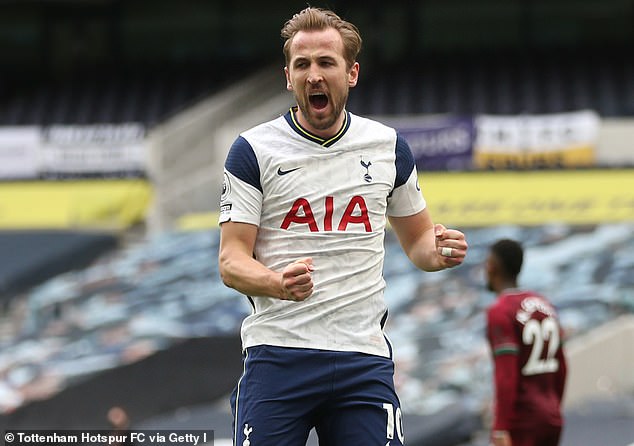 But Kane is adamant his focus is on one place and one place only.

‘Does it affect my form? No, not at all, to be honest,’ Kane added ‘My brother is my agent, but the only time I’ve spoken to my brother over the last few weeks is “good luck, let’s get a win, and let’s take England all the way”.

‘It doesn’t really bother me about the outside noise. When I’m here I’m with the boys, I try to help the boys, be a leader in the team.

‘I need to get to know the boys, see what makes certain players tick, and the younger lads, helping them, so I feel like I’ve got enough on my plate to worry about anything outside of England. 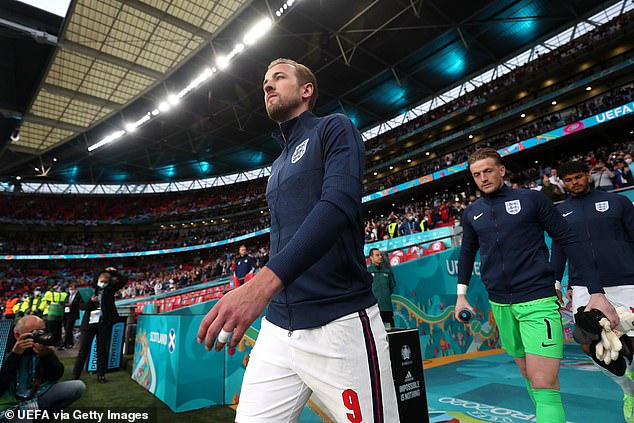 ‘But as long as I’m focused, I’ve got the self-belief I have, I’m not worried about anyone else.

‘I just try to stay away from it all. Sometimes it’s easy to get caught away with other stuff but the experience I’ve had in the last few tournaments, is just to focus on this and do what you can in the moment and leave no regrets.’ Here’s to no regrets at Wembley on Tuesday night.