It’s now or NEVER! Harry Kane insists this is England’s one chance to win a major tournament on home soil as he issues rallying cry to his team-mates to ‘grab the chance with both hands’ and become legends forever

Harry Kane has urged England’s players to follow his lead and do everything to seize their last chance to create a football fairytale.

The Tottenham striker will lead Gareth Southgate’s squad into their Euro 2020 semi-final with Denmark knowing that an opportunity of this nature for this squad – to win a major tournament on home soil – will never come around again.

It is the Football Association’s ambition to stage the World Cup in 2030 but, by that time, many of this group will have retired. Kane, for instance, will be 36 and unlikely to be England’s main man.

With that in mind, it has brought the situation into perspective and Kane does not want to be left with regrets after the clash with Denmark. He wants the chance to emulate the players from 1966 and become legends forever.

‘To think there is going to be another 20,000 people in there, it is an added motivation,’ said Kane.

‘For me and a few of the older more experienced ones it will be the last chance to play a major tournament game at Wembley. What an opportunity. What a moment it will be. Hopefully we can win and have similar scenes to what we had against Germany.’ 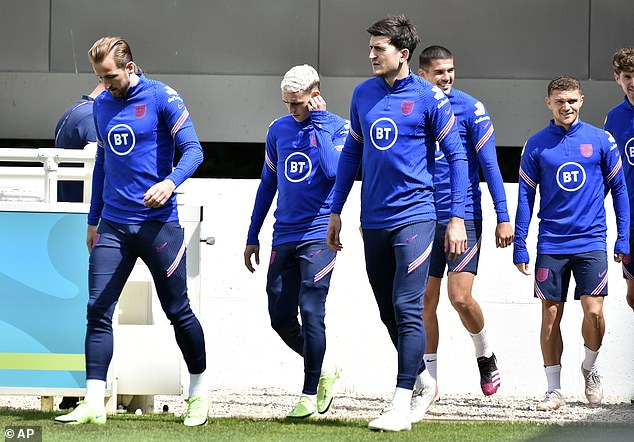 Kane’s confidence levels are soaring after his double against Ukraine followed hot on the heels of his game-clinching header against Germany.

The team’s form is giving him reason to believe that England can go one step better than they did in the 2018 World Cup and he will not consider the idea that the Danes might end this journey.

‘I try not to let my mind get too far ahead,’ said Kane. ‘But I’d be lying if I said I hadn’t thought about it but the whole playing for England and captaining England is a dream.

‘As a kid growing up you have a vision of what you want to do and what you dream about and this is it – playing for your country and captaining your country at a major tournament, having games at Wembley, scoring goals and winning games. Of course it would be a dream come true but I always go back to Russia.

‘It was such a great tournament but it can be cut short so quickly. You lose a semi-final and all of a sudden it is what we could have done better, where we can improve and we’ve had to wait a long time, three years to have the chance again. We have that chance to go one step further. It is about grabbing that with both hands.’ 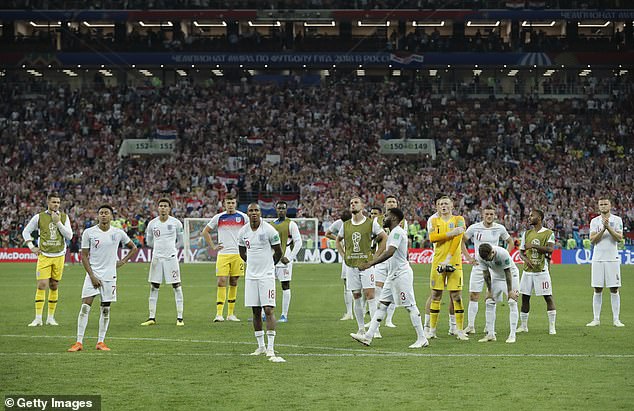